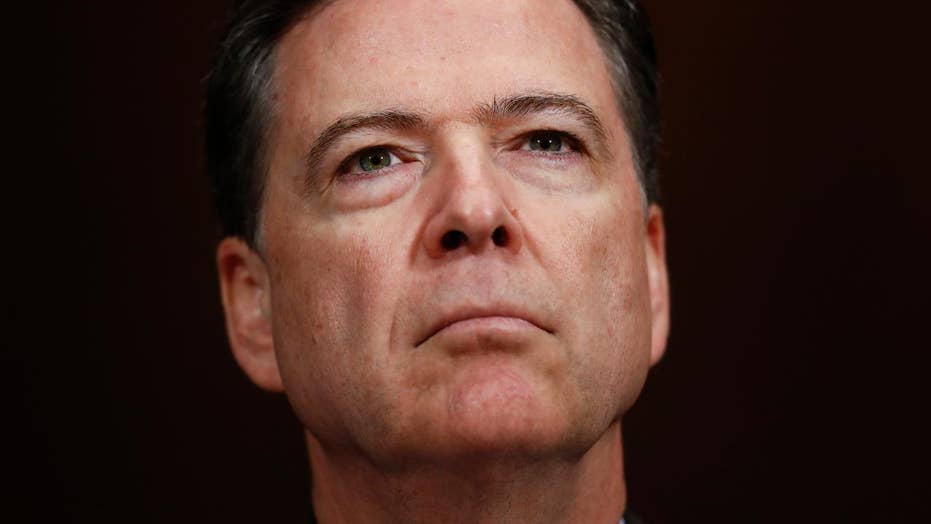 Where is Hillary Clinton? Surely she must be rejoicing over President Trump’s firing of FBI Director Comey. After all, it was just last week that Hillary Clinton again blamed the FBI Director (along with Russia and sexism, for good measure) for her epic loss to Donald Trump.

Speaking at a conference in New York sponsored by Women for Women International, Mrs. Clinton pinned her defeat on “the intervening events in the last 10 days,” meaning Comey’s surprise announcement that he was re-opening the email investigation.

Soon after the election, Mrs. Clinton said that Comey’s October 28 announcement “stopped our momentum”; her aides complained that the reemergence of the email scandal knocked undecideds off the fence, in favor of Trump.

If Hillary Clinton honestly believes that James Comey – and not her own missteps – caused her unexpected defeat, she has got to be applauding President Trump for giving him the boot.

Let’s be honest; Clinton and her retinue never in a million years imagined that the blustery, non-political, incendiary real estate magnate could upend her billion-dollar campaign.

If she honestly believes that James Comey – and not her own missteps – caused her unexpected defeat, she has got to be applauding President Trump for giving him the boot.

If she is willing to admit it, and she probably won’t, she’ll be the only honest Democrat in town. Her colleagues in Congress and the media are practicing political yoga, contorting themselves into denying both Comey’s trustworthiness and Trump’s right to fire him.

For sheer Democrat nuttiness, Maxine Waters takes the cake, again. The California Congresswoman said in an interview with NBC's Peter Alexander that she would have supported Hillary Clinton firing James Comey, had she won the election, but does not support President Trump axing the FBI Director. Even Alexander was stumped, saying, “So she should have fired him but he shouldn't have fired him. This is why I'm confused.”

That speaks for most Americans, who recall how Democrats vilified Comey just a few months ago.

Comey took a beating from Republicans who were outraged that he didn’t press charges against Hillary Clinton for using a private email server and obstructing an investigation, but was then harpooned by angry Dems when he once more inserted himself into the election.

Furious that Comey had again put his thumb on the scale, party leaders went berserk. New York’s Chuck Schumer, never at a loss for words, said on November 2 that he no longer had any confidence in Comey; Nancy Pelosi said maybe Comey “wasn’t in the right job”; Tennessee’s Steve Cohen and New York Rep Jerry Nadler said Comey should resign; Debbie Wasserman Schultz said in January that Comey was “no longer is able to serve in a neutral and credible way”; Steve Cohen, Bernie Sanders, Chris Murphy and others suggested he should quit. Harry Reid called Comey a “Republican operative.”

Those were love notes compared to the reaction from the hyperventilating media. Steven Colbert slammed the FBI chief last October for meddling in the election, but heard “echoes of Watergate” in Trump’s dismissal of Comey, and Keith Oberman tweeted #FireComey on November 6, before recently calling for Trump’s impeachment for doing just that.

No wonder the public’s confidence in the media and our political leaders is so dismal.

We haven’t had a “Men in Black” moment; we remember how both the Dems and the Republicans howled over Comey’s varying takes on Hillary’s “extremely careless” handling of state secrets. Comey became a polarizing figure to those on the right and the left. By the time he was dismissed, most Americans had come to view him as political, though not everyone agrees on which side he was favoring.

When he published 15-year-old documents related to Bill Clinton’s controversial pardon of financier Marc Rich just before the election, Dems cried foul; when he failed to investigate the Clinton Foundation, Republicans were incensed. Overall, he had become too big for his britches, had ignored too many long-standing Justice Department norms, and was leading a divided FBI.

Trump was right to fire him, even though the timing and optics were terrible. The fall-out could be significant.

The country elected Donald Trump because he offered an agenda that would boost growth, jobs and wages. The faux Russia scandal, and now the firing of James Comey, threatens to undermine progress on fixing ObamaCare, cutting taxes and rebuilding our infrastructure. Optimism could wane, which will hurt markets, investing and hiring.

That’s what Democrats want. They want to destabilize and obstruct the Trump White House, fearing that success will usher in more demolition of Obama’s progressive agenda.

That’s apparently what Hillary Clinton wants, too, confirming recently that she had joined the “Resistance.”

At what point does their resistance become unpatriotic?

Voters will let us know.