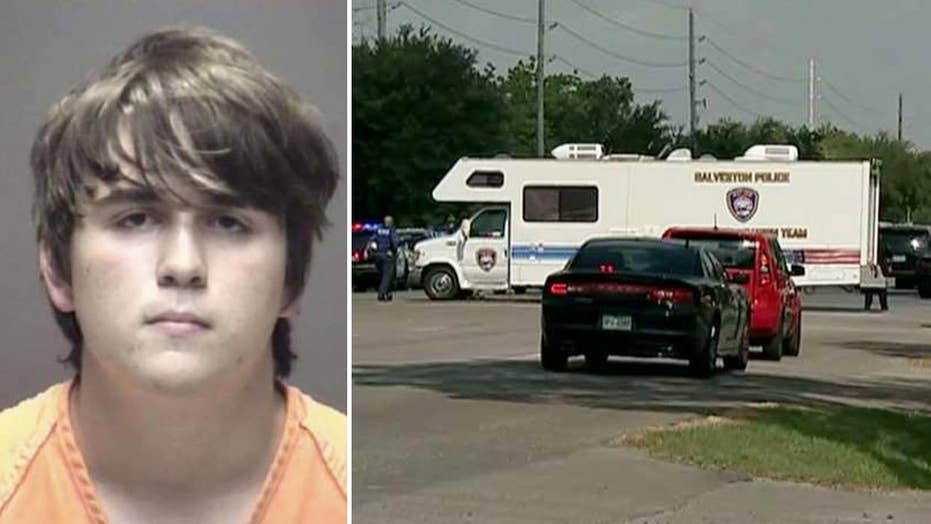 Every time a mentally ill person – or even a terrorist – uses a gun in a mass shooting in America, people on the anti-gun left use the same misdirection to steer the conversation toward their favorite political solutions.

First, they argue that the rights of law-abiding gun owners must be reduced to stop future murderers. Then they demand that Congress pass their agenda, even though it’s clear their remedies wouldn’t have stopped the killer.

To accomplish this, they pretend that America’s more than 100 million legal gun owners are somehow responsible for the actions of a murderer.

When anti-gun activists don’t get their way they condemn the associations that represent gun owners and attack the manufacturers that make products for law-abiding citizens, our police officers and our armed forces.

As the rhetoric has heated up in this latest salvo, a few have even called the National Rifle Association a “terrorist organization.”

These efforts ultimately fail because of the pushback anti-gun activists and politicians get for their attempts to blame law-abiding people for the actions of a few lawbreakers.

America’s gun owners and manufacturers rightly refuse to be blamed for the criminal actions of monsters. They ask: Do we blame automakers after a terrorist or a mentally ill person uses a vehicle to run people down?

Gun owners in America, after all, are hardly part of a criminal gang.

Recent polls show that 30 percent of American adults say they personally own a gun and 42 percent of households have at least one gun. Nearly all gun owners are normal people and they obey our laws. They have families and they work in our schools, our police departments, and every other vocation and segment of our society.

The majority of guns sold in America are made in America by blue-collar employees. The owners and the employees of gun manufacturers overwhelmingly want to see the few who use guns to murder and commit other crimes stopped.

The misdirected blame is the real reason why the national conversation on gun violence stops cold.

The debate should instead focus on the real problems with our nation’s mental health system, on the solvable security issues within our schools, on any gaps that need to be addressed with the National Instant Criminal Background Check System and similar issues. Then it would be much easier for us to come together as we develop real solutions.

Gun owners shouldn’t be demonized and pushed out of the discussion. Instead, gun owners and those who don’t chose to utilize their Second Amendment rights should be brought together to find solutions.

Many people today don’t even realize, as it is underreported, that homicide rates and gun accidents have fallen precipitously over the last half century as the number of Americans who chose to carry a concealed handgun has risen from around 1 million in the mid-1980s to over 15 million today.

The number of guns owned by Americans has also greatly increased during this time. Gun owners make up an army of knowledgeable, responsible people who can and do help make America safer.

Also, a big part of the reason gun accidents have fallen so much has been educational efforts made by the National Shooting Sports Foundation (NSSF) – the trade association for firearms manufacturers – and by gun-rights groups. (Full disclosure, I’ve done some contract work for the NSSF).

Just imagine if more in the media looked into this issue with open minds. They’d end up helping to educate the many millions of Americans who are new to gun ownership and those who just don’t know much about it. They’d thereby help us all come together to solve problems.

This would also help our nation focus on the real problem areas, such as we see with the illegal gun culture that kills people every day in our country.

To make America safer, the NSSF – yes, the gun industry – has long advocated for solutions to prevent access to firearms by criminals, children and the mentally ill who might pose a danger to themselves or others.

The NSSF has an initiative called “Own It? Respect it. Secure it.” This is a good example of what is needed. It promotes and encourages firearm safety and storage.

If the father of the alleged killer in Santa Fe, Texas, had safely stored his firearms, the horror of the mass shooting at the high school there that claimed the lives of 10 people and wounded 10 others last Friday might have been prevented.

This isn’t to say that gun storage should be made mandatory by law. How would that even be enforced in a free country?

Also, all such a law could do is punish someone after the fact. Instead, we need educational campaigns to especially reach new gun owners. The media can do a lot of good if they will only stop blaming average gun owners for the actions of criminals.

To make our communities even safer, we need to focus on the real problems, not on taking away the constitutional rights of law-abiding Americans.