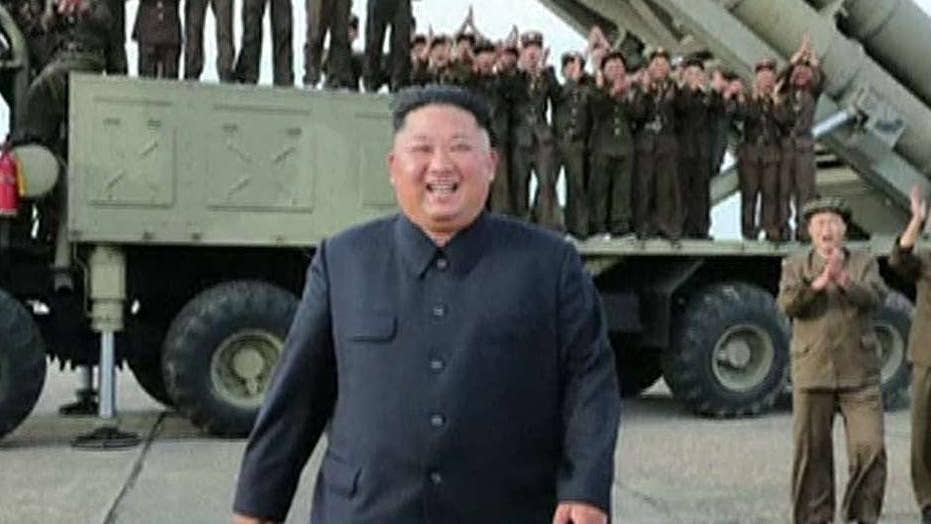 With U.S. President Donald Trump and South Korea’s President Moon Jae-in set to hold a summit in New York on Monday—as talk builds that a third U.S.-North Korea summit is possible by the end of the year—we once again have a historic opportunity to usher in lasting peace on the Korean Peninsula.

Confused yet? I know I sure am—and I do this for a living.

Considering the fact that North Korea has been testing missiles at a furious pace over the last few months while making some very bold statements to match, tensions seemed to be spiking all over again.

But with President Trump’s recent decision to part ways with now-former National Security Adviser John Bolton—someone many senior Blue House and White House officials blame for the collapse of the Hanoi summit—along with recent comments that he has rejected Bolton’s suggestion that the “Libya model” be used to denuclearize North Korea, it seems Washington is ready to try and strike a bargain.

Pyongyang also seems willing to deal. North Korean state media in a recent article stated that upcoming working-level talks—now proposed for the end of this month—are part of a "process to discuss and fine-tune the content to be included in an agreement to be signed at a summit”.

With that said, now is the time to consider what it will take to get a deal across the finish line. History tells us that won’t be easy—the recent Singapore and Hanoi summits prove that all the fancy photos and made-for-TV moments won’t bring peace to the Korean Peninsula.

The good news is that if he plays his diplomatic cards right, President Trump can make history, securing a deal whereby Pyongyang begins the process of dismantling its nuclear weapons program in exchange for a partial roll-back of sanctions relief.

Below are four simple steps to not only securing a deal and getting to a summit but what it will take to get to the bargaining table in the first place and how talks could fall apart.

Sure, that seems like the easy part—but the simple act of getting negotiators together has been tough. Even after President Trump taking the historic step—literally—of walking into North Korea back in June, there has been no progress on working-level meetings that would set the stage for at least an interim deal and a possible third Kim-Trump summit.

But having a meeting for meeting's sake only invites disaster. To ensure such talks are productive, both sides need to communicate clearly the agenda they hope to pursue, what both sides want to accomplish and at least a rough idea of each sides bottom lines are.

Above all, there is one thing American negotiators must know going into the talks: that their North Korean counterparts have the authority to talk and make a deal on Kim’s nuclear weapons and facilities, something Pyongyang’s working-level team did not have when they met with their U.S. counterparts in negotiations leading up to the Hanoi summit. Sadly, Kim would only negotiate on nuclear weapons directly with Trump, with his negotiators in Hanoi claiming he was bringing a “big gift”. We all know the result—a historic failure.

So, let’s assume working-level talks due proceed. What would a deal look like?

To be frank, at least to me, the specifics seem clear: liaison offices to expedite communications between America and North Korea, some sort of peace declaration ending the Korean War, a sustained joint effort to uncover all Korean War remains and some sort of first step that shows Kim’s commitment to denuclearization with America making security guarantees along with some sort of easing of sanctions.

Nukes for Sanctions Relief Is Critical

It’s that last part that seems to be the sticking point. The lynchpin in any deal is how much of a down payment does Kim want to make on getting rid of his nuclear weapons and how much does Trump ultimately want to pay for it?

At least for me, there is a formula that makes sense. Kim would put down on paper—no longer just a pledge to Trump—that he will no longer test intermediate-range or long-range missiles (ICBMs) as well as nuclear weapons. Kim would also agree to the full closure of the Yongbyon nuclear facility, the crown jewel of North Korea’s nuclear efforts as well as international inspectors on the ground to verify it.

What America should offer is to rollback for 24 months—not eliminate permanently—sanctions on North Korea’s exports of coal, textiles along with the removal of restrictions on fuel imports.

Washington would also agree to the resumption of several billion dollars’ worth of inter-Korean economic projects in close coordination with South Korea, again, for a 24-month period. This would allow the Trump administration to test North Korea’s intentions and snap back sanctions in 24 months if Pyongyang were to cheat in any way—or even sooner if needed.

The Key: Both Sides Shouldn’t Overreach

There will, of course, be those who will demand way more—on both sides.

Some in North Korea will surely demand more sanctions relief. There will be those in America who will demand a full accounting of North Korea’s nuclear assets, missiles, and halting of any nuclear weapons production. Such demands will only poison the well, leading to another long-pause in diplomatic efforts or something far worse. Both sides need to start with smaller steps that can build trust and lead to bigger efforts in the future.

But if any of this is going to work, both sides need to start talking—and soon. If Washington and Pyongyang come to the table with realistic expectations with an eye towards rebooting their relationship over the long-term, we could see some history get made in the next few months.

That’s the only path to a third U.S.-North Korea summit.