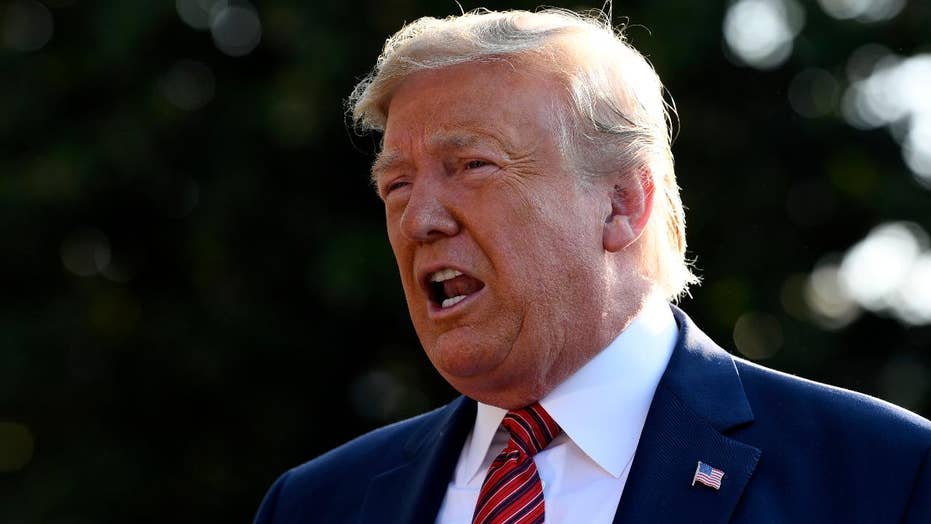 As of today, Donald Trump is now the least liked president in almost 40 years.

The September NBC News/Wall Street Journal poll released Sunday shows that 69 percent of voters dislike Trump. That is a toxic level in any race let alone one for the presidency.

It is impossible to improve that sentiment to less than 50 percent in the remaining 14 months before the 2020 election. Prior to this poll, the highest dislike of a president was 42 percent for George W. Bush after Hurricane Katrina in March 2006.

ANDREW MCCARTHY: WHAT IS TRUMP-BIDEN CLASH OVER UKRAINE AND WHISTLEBLOWER ALL ABOUT?

Other polls show Trump losing a general election to any of the top five Democratic candidates for president.

Clearly Trump’s reelection is in trouble. And it may explain why Trump allegedly sought foreign assistance against Joe Biden, the front-runner in the crowded Democratic primary field. That should concern every American.

It has been widely reported that Trump asked the newly elected president of Ukraine, Volodymyr Zelensky, eight times in a July phone call to investigate whether Biden, while vice president, acted improperly in pressuring the resignation of a Ukraine prosecutor whose office was investigating a company that employed Biden's son. Trump denies these allegations and the Ukrainian foreign minister said Saturday, “I know what the conversation was about and I think there was no pressure.”

It was also reported that Trump threatened to withhold $250 million in military aid from Ukraine if they didn’t cooperate. That money was released this month.

Furthermore, Trump insisted that Ukraine work on the matter with his personal attorney, Rudy Giuliani, not official representatives of the U.S. government.

However, if these reports are  true, a request to benefit Trump’s political prospects, rather than United States or its national security, is illegal.

Clearly Trump’s reelection is in trouble. And it may explain why he allegedly sought foreign assistance against Joe Biden, the Democratic front-runner.

Trump's acting Director of National Intelligence, Joseph Maguire, refused to discuss the complaint that brought this matter to light when he appeared before the House Intelligence Committee last week and refused to provide the whistleblower complaint to Congress … which they are legally entitled to receive.

In addition to allegedly seeking assistance from a foreign government to interfere in our election,Trump has done nothing to secure our election systems.

In June, the House passed the Secure Election Act, which authorized $600 million for states to bolster election systems. The act would require the implementation of cybersecurity safeguards for hardware and software used in elections, bar wireless communication devices in election systems, and require electronic voting machines be manufactured in the United States.

However, the Senate had not taken up the measure because Senate Majority Leader Mitch McConnell was refusing to do so. Until last week. Out of the blue, just one day after the Ukraine story broke, McConnell approved $250 million for election security, a token amount that will provide only $5 million per state to fight the Russians and will  have little real effect.

It seems McConnell, who takes umbrage with his nickname “Moscow Mitch," may have been trying to head off criticism about foreign election interference with this gesture. But it is just that, a gesture. There are 406 days until next year's general election – and only 133 until the 2020 caucuses and primaries begin – and the resources and reforms to guard against foreign interference are not close to what is needed.

It appears Trump is so worried about his poll numbers that he thinks he needs outside help to win and  that no one can or will stop him … again.

If that is  true, then Trump is acting in a decidedly un-American fashion.

He should be held accountable. Every member of Congress and every American should stand up to Trump and for the rule of law.

That is the American way.