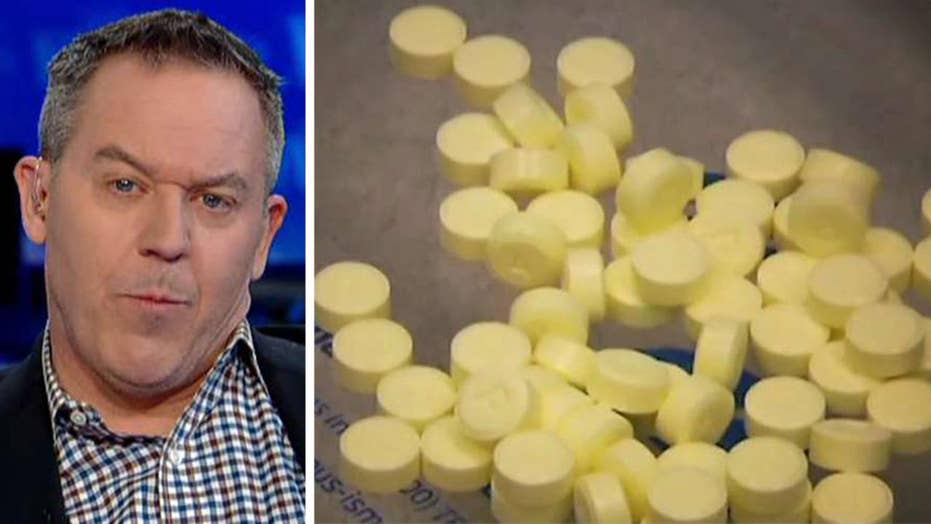 Gutfeld on the unintended victims of the opioid crackdown

Insurers make it more difficult for people with legitimate needs to get prescriptions for painkillers.

In an article published by U.S. News & World Report, we're shown again how government can make almost anything worse.

According to the article, in the wake of the opioid crackdown, the federal Centers for Disease Control says the painkillers should be a last resort for patients.

As a result, doctors have greatly reduced prescriptions and insurers refused to pay for the drugs for patients with cancer or sickle cell anemia. And even when patients weren’t denied coverage, they had to jump through more hoops than dolphins at SeaWorld.

Now there's no denying we've got an opioid problem. But you make it worse with broad strokes based on fear and misinformation.

For one: the problem isn't prescription opioids, but street fentanyl. The addiction rate for prescriptions is low; the overdoses from street drugs are not.

So broadly targeting the prescription side only harms cancer patients, as well as other people with chronic and acute pain. Meaning the lawful, not the lawless.

As the media frames this as an epidemic, what you get is the same old one-size-crushes-all reaction that smacks every fly with a hammer.

Should you punish lawful gun owners for the crimes of street gangs armed with illegal weapons? No, that would be a violation of your rights. So why suspend that logic here?

The problem with opioids is that they work. And the worst thing you can do is let the government transfer business to the drug dealer, who's more than happy to oblige.