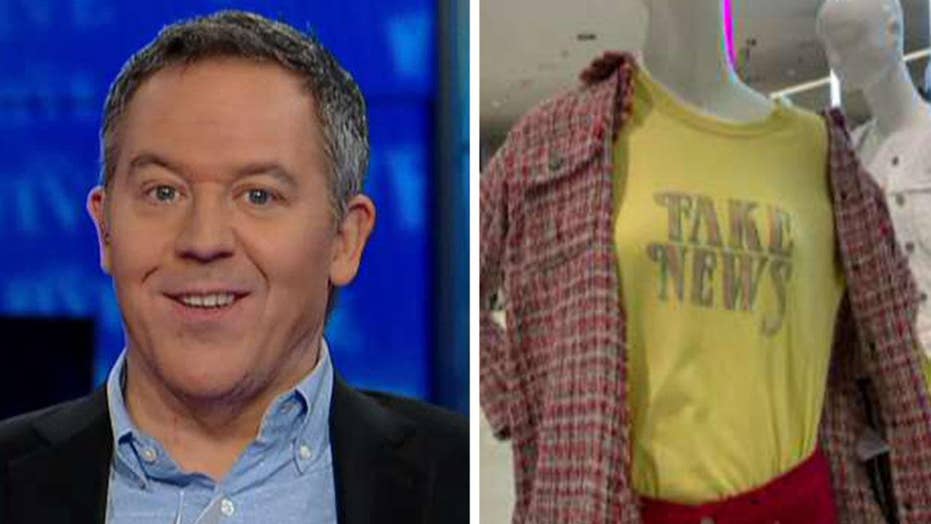 Bloomingdales pulled a shirt off a mannequin, bearing the words "fake news" after a triggered reporter tweeted a photo, saying the shirt "de-legitimizes hard-working journalists."

I'm not sure how a shirt on a dummy does that.

I wear a lot of shirts with slogans -- and this dummy has no impact on anyone.

I actually own an "Anarchy in the UK" shirt, and I've yet to topple a government. Yet.

But this isn't about shirts. It is about the modern spineless corporation -- cowed by a tweet, reacting like dandelions in a strong wind.

A spokesperson said, "We apologize to anyone who found this t-shirt distressing." As if distressed shirts are the problem.

But as you know: once you apologize, you just egg on the bored.

Another member of the press's safety patrol tweeted to Bloomingdales that its apology wasn't sincere!

"Please try again," the tweet dripped, as if 1000 apologies could ever satisfy those who sniff fear.

So good job Bloomingdales: today one dummy in a storefront window is cold and topless, while another dummy scores a scalp.

I can hardly wait to see where this is headed. I saw a mannequin in SoHo wearing fishnet stockings!

What kind of message does that send our youth?