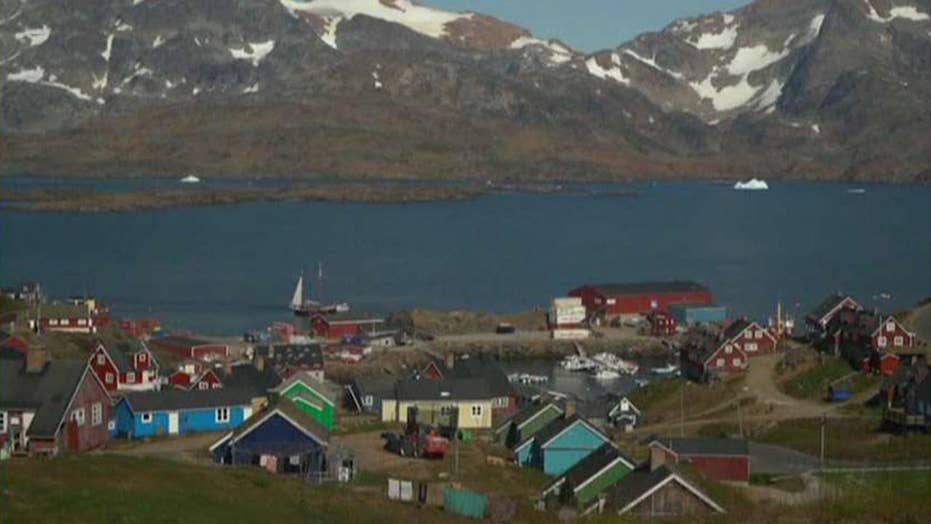 Here's a sentence I thought I'd never say: President Trump postponed a trip to Denmark because the prime minister won’t sell him Greenland.

I'm also not going to Denmark. Same reason. But I'm OK with it, and you should be too.

I mean, it's Denmark. It's a rainy little monarchy made up of a peninsula and many islands, some of which are barely inhabited. I know because I read Wikipedia, the go-to source for any boring filler.

GUTFELD ON JOE BIDEN'S NEW AD AND HIS WIFE'S ENDORSEMENT

But really, canceling a meeting with Denmark is like blowing off lunch with that third cousin who wears a monocle and waxes his mustache.

Let's be real. Whether it's Greenland, Ilhan Omar or Sleepy Joe Biden, all you're watching is a show. Those people are just comic sidekicks. They're the Gomer Pyles of modern politics.

Trump has turned his presidency into his dream job. It's a talk show on wheels. And he's done it without having to spring for the budget, plus he lives in his own green room.

And wherever he goes, the media follow like groupies, schlepping the gear. If the helicopter's nearby, Trump can offer an opinion, which fuels the next episode.

Even posing a question about Denmark's ice cube becomes story fodder! It's genius.

Effectively, this is not just a presidency. It's "The Truman Show" redone as "The Trump Show." Which is good, because Trump's way funnier than Jim Carrey.

The danger is following the media's lead and getting obsessed with it.

To them, it's the game of Trump, and they're binging on it, reacting to every new plot twist. That's not healthy.

Instead, sit back and enjoy the show.

It's all in good fun.

Until, of course, someone loses an eye ... land.