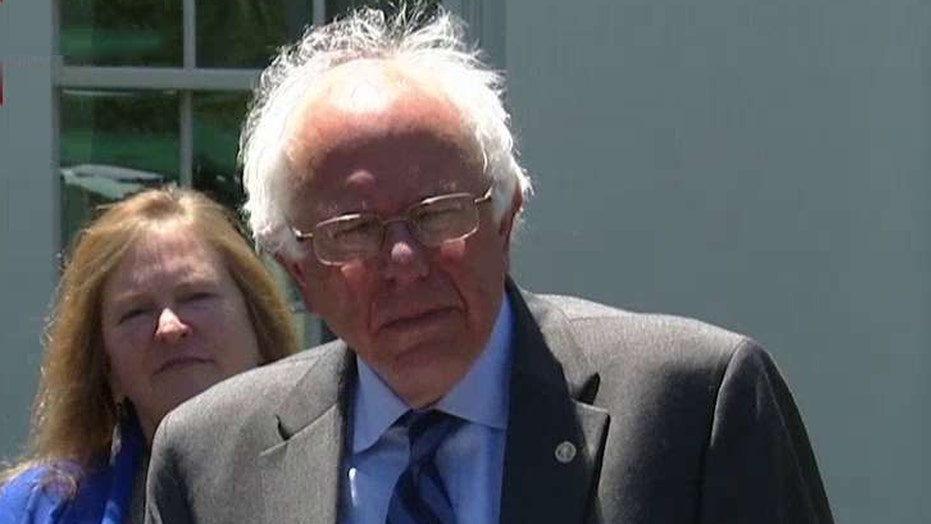 Sanders speaks out after White House meeting with Obama

Democratic presidential candidate will be competing in the D.C. primary

There’s been a lot of talk today about Bernie Sanders’ meeting with President Obama. Would he drop out? Or would he hold on until the Democratic convention in July?

Sanders pretty much stuck it to President Obama by not acquiescing to the idea of party unity.  At least not publicly today. He only said he would work together with Hillary Clinton to help defeat Donald Trump.  Remember, Sanders knows he has a lot of power. He won 22 states in the Democratic primary process -- and received more than 12 million primary votes.

Yes, Sanders did give a hat tip to those voters today to support Hillary Clinton. But Donald Trump will also actively court them and some will go to him.

The bigger story, to me, is the immense political leverage Sanders still has as the loser. Hillary Clinton may be the first female presidential candidate in this country -- but it’s actually Sanders who will forever change the Democratic party -- as a socialist -- making it drift further to the left.