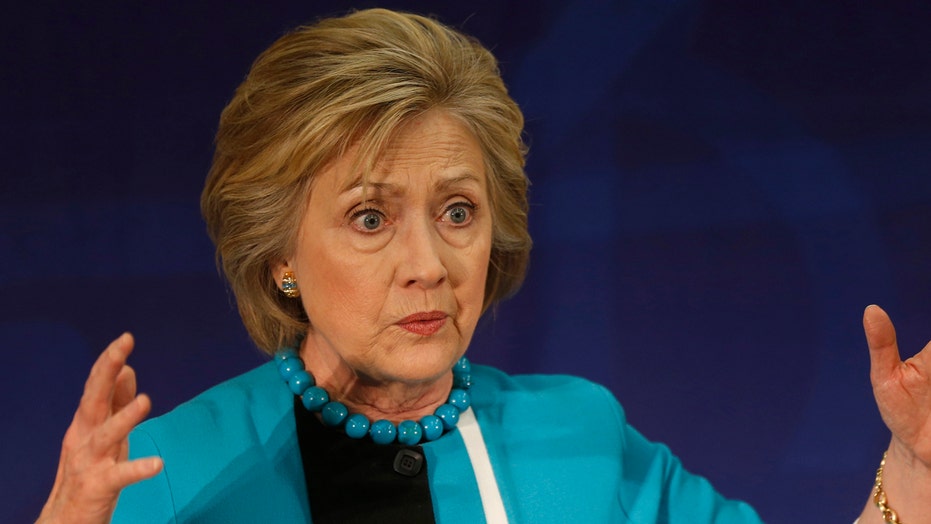 Hillary Clinton, under legal and political siege over her private email server, may soon be forced to answer questions under oath.  Not once, but twice.

A federal judge issued an order that it “may be necessary” for Hillary Clinton to be deposed in a Freedom of Information Act (FOIA) lawsuit about whether she devised her once-secret email server to evade the law on public records.  But first, the judge has ordered six of her current and former staffers be deposed.

All of this comes as the FBI reportedly moves closer to questioning Clinton in its own investigation.

Here’s a detailed look at the situation.

Why did Clinton set up her server?

Almost no one in the federal government knew that Clinton had set up a private electronic server in the basement of her home to be used exclusively for all her official business as Secretary of State.  Years later, when the story broke, she insisted she did it for her own convenience.  U.S. District Court Judge Emmet G. Sullivan seems skeptical.

The judge now wants to know if Clinton created the server for the purpose of circumventing federal open-records laws. Public officials work on behalf, and for the benefit, of the public. In turn, the public has a right to look at her work. A specific law, the Freedom of Information Act, permits journalists and others to gain access to, and examine, her emails.  But journalists had to sue Clinton and the State Department to get them to adhere to the law.  There have been three dozen such lawsuits… which may indicate just how uncooperative both have been.

How Clinton thought she could keep her emails private is bewildering.  Did she think she was above the law and could ignore it with impunity?  Was the State Department complicit in protecting Clinton, choosing not to fully comply with the FOIA requests and, thereby, obstructing the process of law?  The judge wants answers to these and other related questions. Hence the depositions.

The intersection of civil and criminal cases

The FBI’s investigation of Clinton and her aides is a separate, but related case. Different than the civil FOIA lawsuit, the feds are looking into potential criminal conduct.

Why? Because knowingly storing classified information at an unauthorized location is a crime.  (18 USC 1924) Clinton’s server was unauthorized.  Some 2,200 classified documents were contained therein, plus another 22 which were marked “top secret”. That law exists to protect national security.

The FBI will be keenly interested in Clinton’s deposition testimony, as well as the sworn answers provided by her aides, Huma Abedin, Cheryl Mills, Patrick Kennedy, and the man who created and maintained Clinton’s server, Bryan Pagliano. Pagliano has already been given immunity in exchange for his cooperation.  However, it is likely the FBI will still want to interview Clinton separately.  Her deposition in advance will help them immensely.

An infamous hacker known as “Guccifer” recently told Fox News’ National Security Correspondent Catherine Herridge that he easily and repeatedly broke into Clinton’s server.  Is he telling the truth?  We don’t know.

He is currently residing in a Virginia jail facing other hacking charges.  But one thing is for sure: if he could do it, then the Russians, Chinese, Iranians and other hostile or friendly governments could surely do it, as well.  Simply put, they have greater hacking capabilities.

“Guccifer’s” claims, whether true or not, underscore how reckless it is for someone who is an instrumental keeper of national secrets to use a home-brewed server as the exclusive means of conducting official business. The email venue is unprotected and vulnerable to being hacked.

The FBI is in possession of Clinton’s server.  It may have an electronic record that could prove or disprove “Guccifer’s” assertions. But since Clinton had it “wiped clean,” maybe not.

The hacker himself will also be of interest to the FBI. They’ll want to talk to him, if they haven’t already, to try to verify his claims.The FBI may also want to determine whether the action of cleansing the server constitutes obstruction of justice.

It is irrelevant whether or not Clinton was hacked

Legally, it is immaterial whether Clinton’s server actually was hacked successfully.  The crime for which Clinton could be charged does not say it is illegal only if classified information falls into the wrong hands.

To the contrary, it is a crime to jeopardize national security by putting documents in an unauthorized and unsecure location where they could fall into the wrong hands.  In other words, it is the risk which is strictly prohibited.

The case of former CIA Director David Petraeus, is illustrative.  He gave classified materials to an unauthorized person. There was never any evidence that the documents were passed on to foreign powers. The recipient never revealed the information to anyone else. But it could have happened. And that is the crucial point.

Petraeus put national security at risk.  In the end, he was charged and pled guilty to mishandling classified information.  It ended his career in public service.