Aging actor Alec Baldwin took to Twitter on Friday, comparing cancel culture to the devastation of a forest fire. We went to trees for comment.

Clip of trees in forest fire: That’s offense! You suck Alec!  I hate you! Etc. A bunch of voices

Wow - that's an angry bunch! They’re on fire. So, is Alec finally coming to his senses? Well, let's act like the 4 people who saw his last movie, and hear him out. He said quote, "Cancel culture is like a forest fire in constant need of fuel. Functioning objectivity. No prejudice. No code. Just destroy. The deserving and the undeserving alike." Sorry - that was him describing how to treat your children. (Which by the way I support)

Now Baldwin hasn't had a successful movie in years. His last hit was probably across the forehead of a terrified bike messenger. But he's right. Sadly - I had to read his tweet second hand since he blocked me on Twitter years ago.  In fact, he's blocked more people than a steady diet of cheese. Young people will understand that later. It's ironic: that someone who's condemning cancel culture had canceled me from his life altogether.

But if I was in Hollywood having to turn on the TV every day and see someone as handsome and talented as this - I would be insecure enough to block me, too. Still, it hurts. He made me feel like Kim Bassinger. Or his brother Stephen. Thank god there's a place for us.

Skit of therapy group for people blocked by celebrities:

Donna: I’m still traumatized by this, so I don’t know where to begin but I was on Twitter, I wanted to see what this actor had to say because you know because I loved him in "The Heartbreak Kid".

Donna: No, the remake.

Woman: He blocked me.

Therapist: Well Ben Stiller, he was a really great actor. Not so much anymore really. Everyone just relax. Toby, how about you?

Toby: I still really can’t process this, I think you guys remember that fat, unfunny guy who was married to Roseanne.

Toby: Yes, Tom Arnold. He blocked me and the funny thing is, I don’t even know who he is.

Therapist: Ok, that doesn’t really count. It needs to be somebody who’s famous for something other than being married to a famous person. Anyone else?

Donna: Yea. That’s like being blocked by the Beatles. If the Beatles were actually good.

Therapist: I mean, truly, Greg blocked you. Nobody can top that. Uh, that’s all for today. I think I have a Brazilian wax appointment in an hour. So same time next week? 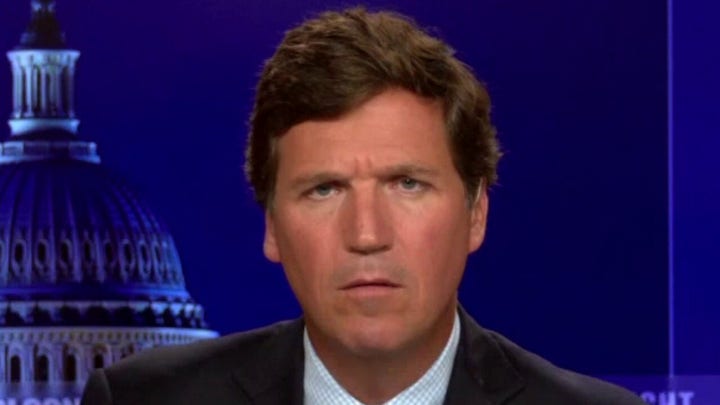 But when a dude who spent decades sliming people he politically disagrees with has now seen the light – actually maybe it’s a good thing. Obviously, he came around to the ugliness of cancel culture once he saw what it did to someone he loved --- his wife - who became a human piñata after she appropriated Spanish accents during "las TV segments."

Clip of Hilaria Baldwin on the "Today Show": We have very few ingredients. We have tomatoes. We have, how do you say in English? Cucumbers. Cucumbers.

How do you say cucumbers - that's a good question!! So Hilaria was accused of lying about her Spanish heritage. True: we haven’t seen someone being a fake Hispanic so hard since Beto O’Rourke tried to put a guacamole pipeline through El Paso. But, here's the irony.

Back in the good old days, under Trump - people like Alec had little to worry about. Trump was their necessary diversion. Everyone aimed their nerf guns on orange Satan. He took all the incoming fire, so most of the disgusting libs could carry on being disgusting libs. Like a craven terrorist, they used Trump as a human shield. But now that zombie Elvis has left the building -- the cancelers have no choice but to eat themselves. Which is great news for the employees at CNN who have a hankering for a baked potato.

So it's not really that Baldwin is standing up for you - as we would like to think. It's because his pals -- Woody Allen and Andrew Cuomo are drawing more heat than black leather car seats in July. And it's from somewhere other than their pants. He really didn't care when people he disliked were targeted --like that Covington kid or Brett Kavanaugh.

It's when he started seeing his rich and powerful amigos get picked off like terrorists within 50 yards of Chris Kyle. It started to get a little too close for comfort. Which is fine by me. I welcome anyone who's finally seeing the light - even if it's for selfish reasons. I wonder what our angry White male feels about this. Why hasn't he been canceled?

Tom Shillue, Angry White Male: Good coffee. Cancel culture? We actually had it growing up but didn’t make a big deal out of it. Didn’t like a TV show? Turn the channel. Didn’t like a song? Turn off the radio. Pretty simple stuff. And it’s not like we didn’t have controversial entertainment. I remember one show—a sister and brother—she was a little bit country and he was a little bit rock and roll. It’s not right.

It’s still not right. Fact is -- whenever anyone comes around to the evils of cancel culture - like a relative in rehab - we should support them. Even if they won't support us. That's the definition of sharing the risk.

And when you see people like Baldwin actually nervous about losing their own skin - they might actually put their own skin in the game. No matter how thin or leathery it may be. So I salute Baldwin’s stand against cancel culture. Or to put it in a way he'll understand, gracias senor!

This article is adapted from Greg Gutfeld's opening monologue on the May 17, 2021 edition of "Gutfeld!"