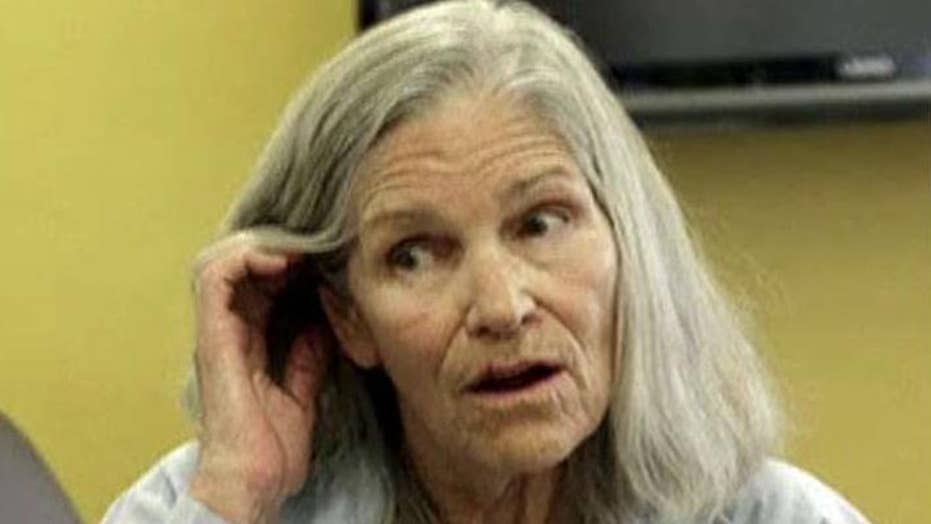 In late 1981 upon learning that convicted assassin Sirhan Sirhan, killer of Senator Robert F. Kennedy, had received an actual parole date from the California Board of Prison Terms, I formed a non-profit organization that led a petition drive to demand Sirhan’s continued incarceration.

Our petition drive led to the parole board’s eventual rescission of Sirhan’s release date. And due to the publicity that this case achieved, the daughter of the slain police officer in the infamous “Onion Field” murder case came to us asking for help in securing the continued incarceration of her father’s killer.

Valerie Campbell assisted our group, Citizens for Truth in Justice, in collecting more than 31,500 petition signatures in three and a half weeks demanding that Gregory Ulas Powell’s parole date be rescinded.

That case went all the way to the California Supreme Court where we prevailed.

Following these two important cases the mother of slain actress, Sharon Tate, came to our organization for help in her efforts to prevent the release of the Manson family wholesale killers.

Doris Tate became one of our chapter chairs and in 1982 we together collected some 50,000 petition signatures and 80,000 letters from American citizens opposing the paroles of numerous Manson family murderers.

Over the next decade, with the help of Doris Tate and her daughters, Patty and Debra, we collected more than 2 million petition signatures and countless thousands of letters supporting our joint efforts to prevent the Manson family killers from being released.

At the time these cases began to stir public curiosity and anger alike, the parole board in California was finding an average of 37 percent of all life inmates in the state’s prison suitable for release.

However, during the next few short years and through the efforts of our organization and others that joined us in those efforts , that percentage dropped dramatically to 3 percent. And what this proved was that the public could have an impact in this area of its government.

After all, who could argue with the notion that government’s most important function was that of protecting its citizens?

Return to the present and what we are once again witnessing is the same kind of violent crime being perpetrated on an unsuspecting public that had become used to a safer society following stronger criminal justice legislation such as the “Victims Bill of Rights” and the “determinate sentencing” laws of the mid-1980’s.

However, with Governor Jerry Brown’s “prison realignment”, which sent thousands of state prison inmates to county jails and to our streets, and the passage of Prop. 47, which reduced many felonies to misdemeanors in response to the 9th Circuit Court of Appeals’ order to reduce overcrowding in the state’s prisons, California is witnessing the return of violent and dangerous criminals returned to our streets and neighborhoods.

Not so long ago the parole board recommended the release of Manson follower, Bruce Davis, convicted of participating in the murder of Manson ranch hand, “Shorty” Shea.

However, in the face of the Board’s “slap-down”, these social engineers on the Board now find it safe to release another Manson follower, one Leslie Van Houten, whose brutal participation in the murders of Leno and Rosemary La Bianca were so gruesome that it seems unimaginable that any parole board could reach the conclusion that such an individual could ever be safe to release back into society.

After all, one would think that the parole board would consist of intelligent, professional, and compassionate folks that could recognize that such releases would be tantamount to conducting experiments at the expense of the public.

Yet, here we are some three decades after our efforts assisted in reducing violent crime, witnessing a return to the failed policies of the past.

In the year I was born, 1952, the state of California experienced 260 murders… in the entire state.

Now, we know that the state’s population hadn’t increased 1,300 percent in that 28 years. So, who was perpetrating these murders?

One word answer – recidivists. That is, repeaters.

Consider this fact, in the early 1980s 52 percent of all homicides in California went unsolved. So it is my suggestion that the dramatic increase was the result of repeat murderers.

As I preached in the 1980s and 1990s, Doris Tate, Patty Tate, and Debra Tate should never have had to assist in preventing the release of Leslie Van Houten, nor any of the other Manson killers. It is outrageous that family members of murder victims across this nation should have to remind the parole boards of the details of these brutal murders to assure that the killers remain in prison and the public safeguarded from them.

One fact I would like to remind readers generally, and California citizens in particular – because that is where Leslie Van Houten is incarcerated – that she and the other Manson followers were originally sentenced to death.

However, in 1972 the California Supreme Court overturned capital punishment, resulting in 111 death row inmates having their sentences reduced to life in prison, which at the time meant that one could actually be released after seven years. Clearly an ambiguous sentence, something the constitution forbids, by the way.

Whether or not Governor Brown reverses the recommendation of release for Leslie Van Houten, it is critical that the public at large once again demand that government protect them.

If we are to restore common sense to these matters it will once again likely come by way of citizen involvement…from the public demanding, as we did in the 1980s and 1990s, that we be protected from the likes of Leslie Van Houten.

As I learned from our past work, government is afraid of only two things:

1. Large numbers of angry people who have simply had enough of the permissiveness in criminal justice, with many  singing petitions, writing letters, showing up at parole hearings with the news media in step with them.

2. Those folks receiving media coverage on radio, in newspapers, and yes, the most effective tool – television.

There is no doubt that our organization embarrassed the Board in to rescinding the paroles of Sirhan Sirhan, Gregory Powell, and the Manson monsters. And here, some three decades later and it is time to embarrass them once again.

John Mancino is the founder of Citizens for Truth.