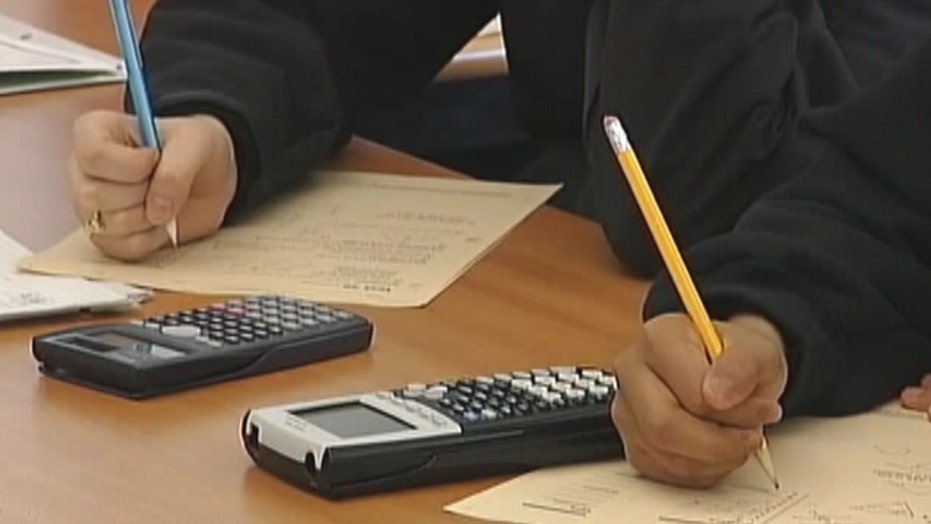 Can 'rewards' motivate students to learn?

Another school year begins and now more students face something called Common Core, the latest in a history of education “reforms.”

Lately, every administration has come up with one. They have inspiring names like Race to the Top (Obama), “No Child Left Behind” (G.W. Bush), “Goals 2000” (Clinton), “America 2000” (G.H.W. Bush) and the “National Commission on Excellence in Education” (Reagan). Who could oppose “competition for excellence” or a plan to stop “leaving children behind”?

But it’s money down the drain, because central planning fails.

Since 1970, America’s education spending per student has more than doubled and the average class size has been cut by 70 percent, yet test results haven’t improved one bit. The only thing that’s gone up is the number of reforms.

Many schools blame parents. Teachers explain that their students show up to class sleepy, unprepared and uninterested in learning. Some barely speak English. Conservatives blame the loosening of the family unit.

These explanations could be true. But the data clearly show that America’s government schools are a big part of the problem. American fourth-graders do fine on international tests. It’s not until high school that they fall behind. In other words, kids perform worse, not better, as they progress through our education system.

This latest “reform,” the Common Core State Standards Initiative, is being implemented in many schools this year.

The standards expect a “deep” understanding of math. Instead of memorizing tables, kids are expected to “decompose” numbers into ones, fives, and tens before adding, subtracting, multiplying or dividing. This system of “anchoring” a number to tens, fives and ones is meant to calm kids who “do not feel comfortable” memorizing tables, according to a Common Core “Homework Helper” video.

This is centralized thinking. Just because some kids find it easier to “decompose” a number before they perform math operations does not mean all kids do. Imagine if a physical education teacher taught the class how to toss the ball underhand only, because some students were “uncomfortable” learning to throw overhand.

Comedian Louis CK posted on his twitter page: “My kids used to love math. Now it makes them cry. Thanks standardized testing and common core!”

Even teachers’ unions that took money from Common Core supporters now oppose Common Core, complaining that is has been “corrupted by political manipulation, administrative bungling, corporate profiteering…” but I suspect their real complaint is that Common Core puts new demands on teachers. Unions don’t like change, especially change that doesn’t give money to unions.

What critics from the Left and Right get wrong is that the problem is not that Common Core standards have been “corrupted” or that the standards themselves are not up to snuff. The problem is that there is something inherently wrong with forcing schools to standardize education. Standards force schools to conform in exactly the kind of field where we should encourage diversity.

In my ideal libertarian world, we wouldn’t have government-run schools. Parents would invest in their children’s education and charities would pay for the poor. Better ideas would flourish, and more kids would like going to school. But I live in the real world, where we’re stuck with high taxes and taxpayer-funded schools.

Since government forces us to pay for schools, let’s at least give parents some choice! People given food stamps are allowed to get carrots instead of corn. Why not allow different tastes for education?

Parents know that each kid is different. Some learn by sitting and drawing, while others can’t sit still. But how your child is educated isn’t your choice to make. The decision resides with a board of education. In political jargon, this is known as “local education agency.” I call it “a rip-off.”

Today government spends about $300,000 per class (more than $12,000 per student). If that money were attached to the child, so parents had a choice, schools would work harder to compete for that money. They’d fire teachers who bore kids and reward ones who make learning exciting. Good teachers could make $200,000 a year and there would be enough money left over to hire assistants! Everyone would benefit – except unions and government bureaucrats.

Education is too important to leave to a government monopoly.