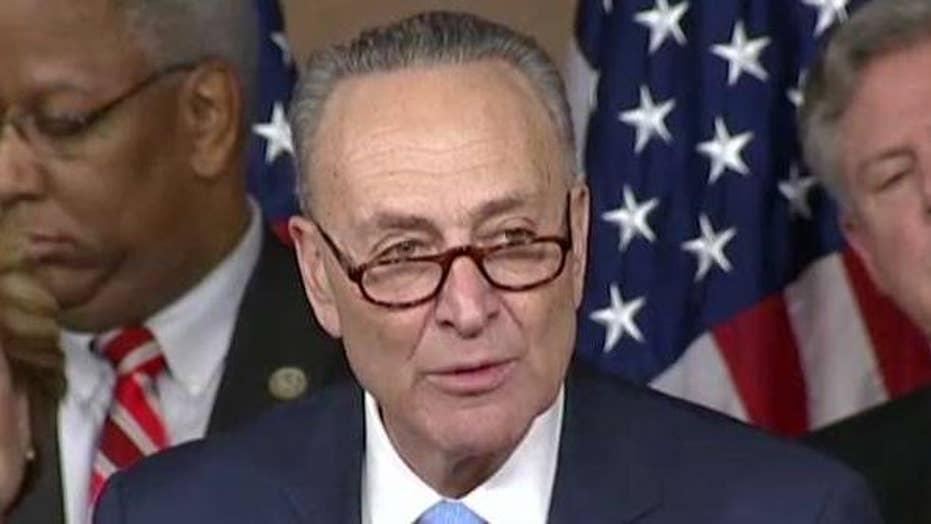 I’m amazed by the continuing stream of negativity Democratic Senate Minority Leader Chuck Schumer has been communicating to the American people.

Schumer asserted on CNN “The only way we’re going to work with him [Donald Trump] is if he moves completely in our direction and abandons his Republican colleagues.”

He further warned on MSNBC that "It's hard for me to imagine a nominee that Donald Trump would choose that would get Republican support that we [Democrats] could support."

Schumer knows better than to get defined as “Senator No”. Back in January, 2007 he published “Positively American: Winning Back the Middle-Class Majority One Family at a Time.”

Unfortunately for the Democrats, the collapse of the Bush Republicans eliminated the need for constructive thought. The pressure of the militant left forced the Obama-led party down a path very different than Senator Schumer had hoped for.

I admired the intelligent, positive analysis in this book so much that I joined Senator Schumer for an event at the National Press Club to help launch his book. I told the reporters that he had captured the subtler party-changing aspects of the Contract with America. I still recommend his chapter on what we accomplished as a very insightful analysis by a professional politician.

Schumer wrote his book before the 2006 elections. President George W. Bush and the Republicans looked very formidable. Their collapse during 2006 and their further disintegration in the financial crisis of 2007-2008 was not yet visible when he was writing.

His book is really in the tradition of President Ronald Reagan, Congressman Jack Kemp and the Contract with America. It is based on an understanding that an opposition party will get trapped into a minority status but an alternative party can build a majority.

Unfortunately for the Democrats, the collapse of the Bush Republicans eliminated the need for constructive thought. The pressure of the militant left forced the Obama-led party down a path very different than Senator Schumer had hoped for. Under President Obama 25 million people dropped out of the middle class. The very people Senator Schumer wanted to focus on were being crushed by high taxes, regulations, and a failing health care program that crippled small business and the economy.

Then presidential Chief of Staff Rahm Emmanuel warned in 2009 that the new president ought to focus on jobs rather than health care. However, the Obama presidency was about transforming America into a government-dominated, bureaucratically-controlled state committed to radical values. ObamaCare would help achieve that goal. Economic recovery favoring the middle class, small businesses, and small towns would prop up precisely the people Obama had contempt for.

Obama's leftwing, radical policies and failure to perform on the economy, foreign policy, and healthcare, combined with Hillary Clinton's weaknesses as a candidate and Donald Trump's extraordinary leadership capabilities, led to a defeat no Democrat expected.

At 6:00 p.m. election night the Democrats thought they were going to win by a landslide. By 10:00 p.m. that night they knew they were in a shockingly close race. By 2:00 a.m. they knew they had lost the Presidency, the House and the Senate. Then they learned that Americans had elected more than 4,100 Republican state legislators, the most in American history.

Liberals in general and Democrats in particular are still in shock.

Senator Schumer should be “Senator Middle Class”, offering positive solutions to the American people. Unfortunately, he is trapped by the activist wing of his party into becoming “Senator No.” This is a very dangerous path for him to take.

A negative, anti-Trump opposition party will get weaker and weaker.

To most Americans, obstructionist ideological partisans are exactly what is wrong with Washington.

The current Schumer stance creates a great opportunity for Republicans to be a positive, problem solving party – one capable of improving the lives of all Americans.

“Senator No” will lose to “President Yes”.