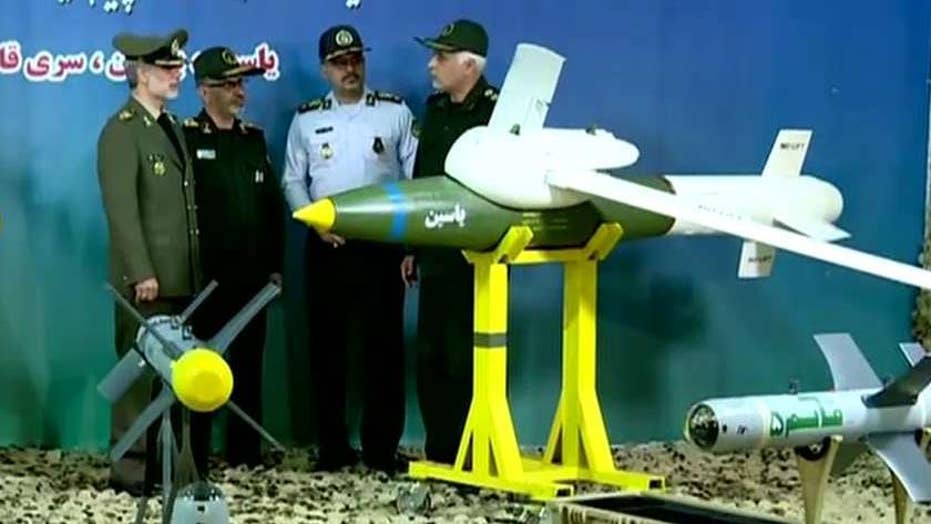 Iran warns of 'mother of all wars' amid crushing US sanctions

Iranian President Hassan Rouhani says ships passing through the Strait of Hormuz may not be safe; Ellison Barber has the details.

Despite increasingly bellicose rhetoric and a mounting tally of incidents, the United States and Iran have avoided war so far. Yet voices on both sides – many of them at the highest levels of government – are arguing that we should give war a chance.

There are plenty of reasons why even a supposedly limited war with Iran is a bad idea. Chief among them are the nearly-guaranteed risks of escalation, the broader regional impact of a conflict, and the potential for chaos should the Iranian theocracy suddenly implode.

But the strongest argument against U.S. escalation is oddly absent from the discussion: Why should the United States risk war – with all of its unknowable consequences and chaos – when the key trends in Iran are moving in America’s favor?

ROUHANI WARNS: ‘WAR WITH IRAN IS THE MOTHER OF ALL WARS’

First, Iran’s people, especially the young and well-educated, are generally pro-Western. Despite the stage-managed flag burnings and chants of “Death to America,” visitors from the United States are invariably astonished at the hospitality and warmth they receive.

After the 9/11 attacks, thousands gathered in Tehran for a large, spontaneous candlelight vigil to express solidarity with the American people.

Indeed, 70 percent of the Islamic Republic’s population is under 40, and many of these Iranian millennials embrace Western ideas.

President Trump won’t win any popularity contests there, but polls show Iranians generally differentiate between Americans and the Trump administration.

Both the people and the land itself are turning against the Iranian regime. In the face of these realities, only one thing could unite Iran behind its rulers: a foreign invader.

Many in older generations are sympathetic to the United States, too. Before the Islamic Revolution, Iranians made up the largest population of foreign students in America. Forty years later, many of these men and women still have fond memories of their former hosts.

Current Iranian Foreign Minister Mohammad Javad Zarif, a wily survivor, is among the Iranians boasting a Ph.D. from the United States. It is probably not coincidental that he has been one of the moderating forces inside the regime.

America is also lucky to host a sizeable and successful chunk of the Iranian diaspora. Many make their home on the West Coast in Los Angeles – nicknamed Tehrangeles – which is home to the largest concentration of Iranians outside the Islamic Republic. But more than 250,000 Iranian-Americans live throughout the rest of the United States.

Iranian-Americans are almost twice as likely to have a bachelor’s degree as the average American and earn nearly 50 percent more a year per capita. They can provide a critical bridge back to Iran should relations improve or the regime fall.

In addition, Iran is staring ecological disaster in the face, largely as a result of the mullahs’ mismanagement. Record rainfall and flooding hit 26 of Iran’s 31 provinces this spring, killing at least 70 people and damaging more than a third of the country’s roads.

But it is drought, not flooding, that is the existential danger for Iran. Iran’s own meteorological organization reports that 97 percent of the country experienced some form of drought last year.

The southeastern province of the country is rapidly becoming a dust bowl. Iran’s two largest lakes, Urmia and Bakhtegan, are receding.

In 2016, the United Nations World Health Organization named drought-stricken Zabol as the most polluted city on Earth. Millions of Iranians will be forced to migrate in the coming decades.

The effects of climate change on Iran are magnified by the clerical regime’s incompetence and short-term thinking. Despite early warnings from scientists about depleted aquifers, the regime refused to make unpopular choices and promote conservation.

Instead, the Islamic Republic built hundreds of dams and encouraged farmers to plant water-intensive grains. The number of wells in Iran has increased more than tenfold since the revolution, while the population has little more than doubled.

This looming environmental disaster has further undermined the Iranian regime’s legitimacy. Water issues helped drive a wave of protests throughout Iran over the past year.

Anti-Iran hawks in the U.S. invariably turn to tired Munich analogies – it is always 1938 and appeasement is always the paramount danger. But if we must compare Iran’s odious regime to 20th century totalitarianism, then let’s make the more accurate analogy: Soviet communism.

Like the Soviet Union of the 1980s, Iran’s theocracy is ideologically spent; its enforcers now engage in nationalist rebranding to camouflage the irrelevance of the Islamic Revolution.

The corruption of the Iranian elite is frequently on display, and foreign military adventures in Lebanon, Yemen and Syria are growing unpopular.

Both the people and the land itself are turning against the Iranian regime. In the face of these realities, only one thing could unite Iran behind its rulers: a foreign invader.

The “rally round the flag effect” has been proven time and again. Like any nation facing an attack, millions of Iranians – now disgusted with their corrupt and inept government – would leap to its defense.

War would turn pro-Western Iranians against us. America should have the wisdom to refrain from throwing the mullahs a bloody lifeline.

Washington is not famous for its strategic patience.

There are red lines the United States must maintain with force if necessary. These should be simple and unequivocal: Iranian attacks on American troops must result in immediate retaliation, and attempts to close the Strait of Hormuz should be thwarted.

Lesser intrigues and provocations should be handled with discretion, wisdom, proportion, and long-term vision. Sanctions are sometimes a valuable tool but should not be used absent a clear objective, let alone to or especially to provoke a war.

Despite Washington’s serial incompetence going back to supporting a 1953 coup, the United States holds a winning hand in Iran. It would be the height of folly to squander it on an avoidable, costly war.

Gil Barndollar is a senior fellow with Defense Priorities and military fellow-in-residence at the Catholic University of America’s Center for the Study of Statesmanship. As a U.S. Marine infantry officer from 2009-16, he served in Afghanistan, the Republic of Georgia, and the Persian Gulf.