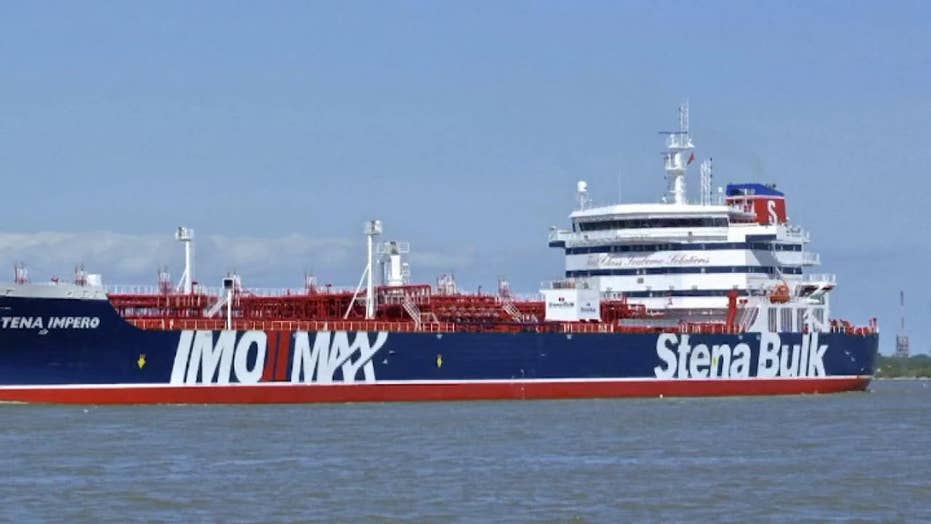 The oil tankers, operated by British companies, were seized in international waters.

The use of decoys has been used with great success to fool an enemy or deter an enemy from attacking what could be a trap or a trick.

Fast forward to 1942. The Army built a decoy airfield in Virginia to fool the Nazi Luftwaffe. It was constructed in response to the fear of an attack by ever-increasing long-range bombers. What the phony airfield concealed was batteries of anti-aircraft weapons.

In advance of D-Day in World War II, the Allies broadcast endless hours of fictitious radio transmissions about troop and supply movements and planted wedding notices for fake soldiers in local newspapers. They deceived Nazi aerial reconnaissance planes by fashioning dummy aircraft and an armada of decoy landing crafts, composed only of painted canvases pulled over steel frames, around the mouth of the River Thames. They even deployed inflatable Sherman tanks, which they moved to different locations under the cover of night and used rollers to simulate tire tracks left behind in their wake.

Lately, the Iranians have been preying on commercial ships navigating in international waters in the area of the Strait of Hormuz – seizing ships and taking crews. Their hostile acts are meant to provoke the United States and our allies. Their provocations have also included downing a U.S. Navy drone and then showing it off in their media.

Iranians know that to date their military actions against commercial shipping is relatively safe and easy since crews are not armed, and ships do not contain defensive weapons such as machine guns or missiles. Crews are defenseless when met by Iranian military speed boats that are armed with high powered weapons including missiles and mines.

It is time to turn the tables on the Iranians. America and our allies should announce that decoy ships will be deployed in the Strait of Hormuz and elsewhere there are threats to commercial shipping. These ships would appear to be commercial ships and will fly the flags of their nations, but the crews will be military and special forces who will only respond to threats. Once a threat is made then the crews would respond with overwhelming force against those seeking to hijack, kidnap or otherwise harm the crew or the ship.

By deploying decoys, the Iranians will never know which is a true commercial vessel and which may be a ship chock full of military personnel and weapons to repel any threat.

If America and our allies embarked on this strategy, I bet the aggression of the Iranians would cease immediately. Iran is a bully and a coward. While they seek to provoke, the last thing they want is a confrontation. If the Iranians respect international laws and conventions of free passage, then there will be no incidents. If they choose the wrong victim, they will be sorely mistaken.

Now is the time to act smartly and to use tactics that have proven successful throughout world history. Deception is a useful tool to prevent and deter skirmish or war.

Trick or treat? It’s just not worth it.