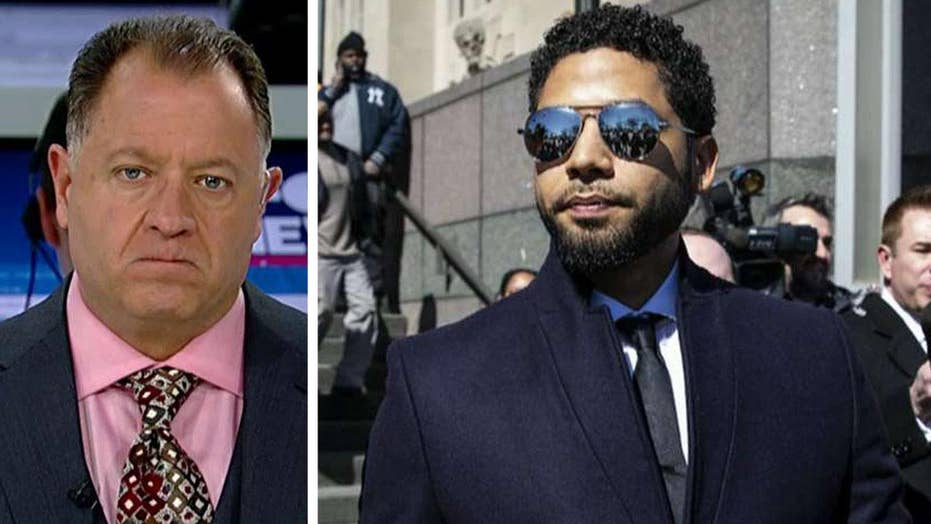 Defense attorney stunned by decision to drop charges against Jussie Smollett: Why not give him a kiss?

The judicial system has been thrown under the bus, says criminal defense attorney Bob Bianchi.

First there was the outrageous fraud perpetrated on Chicago and the world in January by “Empire” actor Jussie Smollett. Then there was the fraud of the injustice Tuesday when charges accusing Smollett of faking a hate crime and falsely reporting it were dropped.

The fakery started with what at first appeared to be a race-based mugging on a frigid night in the city’s Streeterville neighborhood. Pretending to have been grotesquely attacked by Trump-supporting hatemongers, for a brief time Smollett became the living, breathing example of how President Trump’s rhetoric was supposedly inciting race violence.

The two purported attackers were said by Smollett to have doused him with bleach, put a noose around his neck, and spat “this is MAGA country” as they beat him, referring to the Trump campaign slogan “Make America Great Again.”

Chicago and the world were horrified. Thoughtful reporters dutifully recalled other hateful race-based crimes, including the 1955 lynching of 14-year old Emmett Till, another black Chicagoan murdered by a racist mob for allegedly flirting with a white woman while on vacation with his family in Mississippi.

Turned out Smollett had far more in common with talk show host Morton Downey Jr. than with the tragic teenage icon of the civil right movement.

In 1989, about six months after my infamous brawl with neo-Nazi skinheads propelled my show to the top of the tabloid heap, Downey claimed his own violent run-in with the racists who beat him in a public bathroom at San Francisco International Airport and carved a swastika in his forehead.

Downey’s fraud fell apart when authorities figured out that the hated symbol had been drawn backward, as if by someone looking in a mirror.

No mirror for Smollett, whose tall tale unraveled when his two racist attackers turned out to be his trainers – African-American brothers, identified by painstaking police examination of scores of neighborhood surveillance cameras.

Outrage ensued. Smollett was written out of “Empire” after being hit with an elaborate 16-count indictment for disorderly conduct. His sick attempt to get a pay raise and more public attention had cost him his career and maybe his freedom.

Then came the second big fraud regarding justice for Jussie. Tuesday’s shocking announcement by Chicago State’s Attorney Kim Foxx that she had decided to dismiss the charges against Smollett stunned the Windy City.

Smollett’s only penalty for putting Chicago and the rest of us through the wringer was the forfeiture of the $10,000 cash deposit he put up to secure bail. He would not even have a criminal record to memorialize his epic sham.

In a tweet to The New York Times, Joe Magats, the first assistant state’s attorney, explained that dropping charges against Smollett was all a matter of priorities. “Here's the thing – we work to prioritize violent crime and the drivers of violent crime. Public safety is our number one priority. I don't see Jussie Smollett as a threat to public safety."

As you can imagine, neither the hardworking city cops nor the mayor were happy with the prosecutor’s extraordinary leniency.

Implying that Smollett got the free ride because he’s a nice guy and well liked in the community, Chicago Mayor Rahm Emanuel was furious. He called the decision a “whitewash of justice.”

Apparently, in Chicago you can.