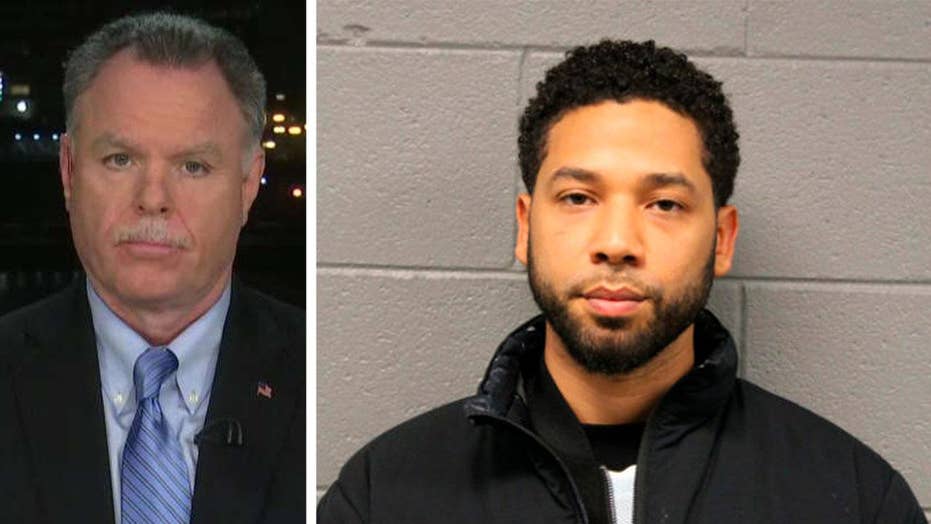 Jussie Smollett’s alleged false report of a hate crime isn’t a victimless crime, it is an attack on the City of Chicago.

The real victims are taxpayers who paid for an empty investigation; and police officers, who are not only tasked with securing public safety, but also the public's trust. The real victims are the community, pastors, activists and parents working tirelessly to reverse an image that Chicago is a violent, uninhabitable city. Smollett owes them all an apology.

Perhaps Smollett is too absorbed in his own privilege to have any awareness of the real racism endured by African Americans in Chicago. Our city continues to suffer from the effects of residential and retail redlining, chronic neighborhood disinvestment and long-term segregation causing housing and education inequity. Hundreds of murders have gone unsolved and unreported by the media, while our schools are closing as low-income families flee crime and violence. A city toiling to preserve the humanity of its residents and maintain our dignity in the national media is the backdrop against which Smollett has launched his attack on the City of Chicago and further disillusioned the youth who look up to him.

Perhaps just as bad is the fact that the elected Cook County State’s Attorney, Kim Foxx, has recused herself from this controversial case. At a time when voters need to hear from her as to how and why charges were brought against Smollett, Foxx decided instead to fly out to Hollywood for a few parties ahead of the Academy Awards.

I keep reiterating that Chicago needs to have public discussions on race that are based on hard truths and solemn commitments to change. But this tabloid story undermines our focus on criminal justice reform and the hundreds of non-violent detainees sitting in Cook County jails because they cannot afford bail. I also believe Chicago needs data-driven policing strategies to keep us all safe. Smollett’s hoax introduces false data that perpetuates profiling and political conflict. In short, Smollett has endeavored to undermine our trust in one another and our government agencies.

Nonetheless, I’m certain we will emerge from this assault on our collective character as a more united community. Indeed, if the future of Chicago belongs to young Chicagoans, I know that we will prevail against any attempt to take us back to a dark era of false justice.

In the wake of the Laquan McDonald shooting and jury trial of officer Jason Van Dyke, Smollett’s selfish reach for headlines could’ve incited new threats of racial violence and fostered racial polarization. That’s why I’m calling for Smollett to be prosecuted to the full extent of the law.

Lastly, I believe Smollett was attempting to influence our elections by implying Trump supporters attacked him. I strongly recommend that investigators interrogate him on his broader motives for the hoax. I reject the notion that this was done solely for the purpose of netting him more fame and fortune.

Here’s what we’ve learned from the alleged Smollett hoax: First, Chicago’s detective division is pretty darn good. Kudos to them for finding the truth. Second, Chicago may be a national battleground for police and criminal justice reform. This is an opportunity for us to lead on these important issues.

Third, we’ve learned that Chicago is ready for change. We’re tired of being led by our fears of one another.

Now is the time to deliver on the promise of Harold Washington, Jane Addams and pioneers of hope whose legacies live so large in our hearts there remains little room, even for a figure as small as Jussie Smollett.

Garry McCarthy served as police commissioner for the City of Chicago from 2011-2015. He is currently running for mayor in the Feb. 26 election.