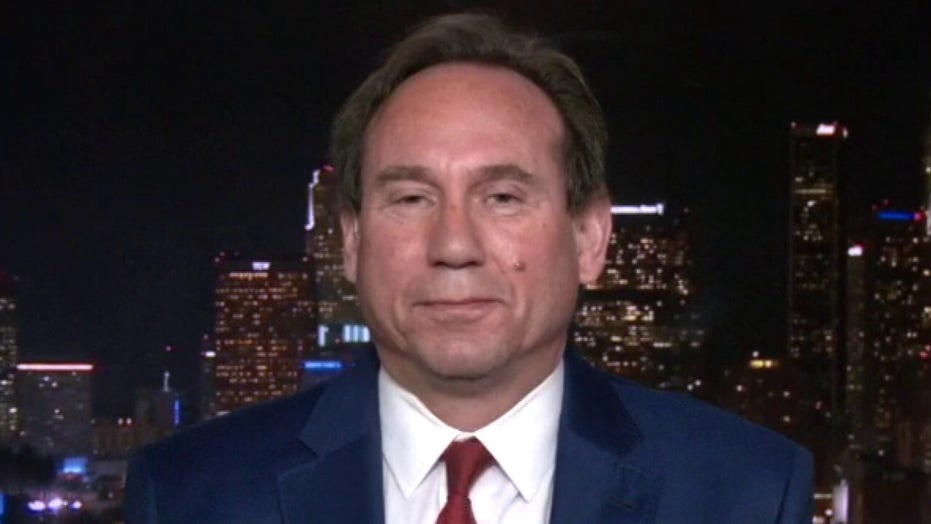 Schiff opponent thanks him for impeachment in new campaign ad

Leaks have emerged of classified comments that an American intelligence official made to the House Intelligence Committee about efforts by Russia to "help" President Trump win the 2020 presidential election. It's the latest in a string of alleged illegal leaks of classified information from Democratic committee members, including Chairman Adam Schiff, D-Calif.

It is long overdue for the Trump administration to stop these leaks by cutting off Schiff’s access to sensitive intelligence.

According to House Republican intelligence committee members and Trump officials, there is no evidence for the intelligence official’s claim that Russia wants Trump to win the election and this assessment may have been an exaggeration or misinterpreted. It is also alarming that this briefing was provided to Congress before it was briefed to the White House. But the most troubling issue here is that this was a sensitive classified assessment -- even if it was wrong -- that House Intelligence Committee Democratic members immediately leaked for political advantage.

Schiff strenuously denies accusations by Trump and congressional Republicans that he or other House Intelligence Committee Democrats have ever leaked classified information. But these claims are hard to take seriously given efforts since 2017 by Schiff and other Democratic intelligence committee members to weaponize intelligence to hurt Trump politically, including frequent committee leaks to the press.

Leaks attributed to the committee include those in 2017 and 2018 promoting the false Democratic narrative that the Trump campaign colluded with Russia during the 2016 campaign. There were also frequent leaks in 2019 from testimony to the committee’s closed impeachment hearings. Those leaks were aimed at hurting the president. The Wall Street Journal, in an Oct. 22, 2019 editorial, faulted the hearings for “Mr. Schiff’s unprecedented process of secret testimony, followed by selective leaks to the friendly media to put everything in the most anti-Trump light, in order to sway public opinion.”

House Minority Whip Steve Scalise, R-La., accused Schiff of “leaking to set a false narrative, with the media drooling, hungry, to say anything negative about the president."

House Intelligence Committee Republican members and staff told me in 2018 that the constant leaks of classified information by Democratic members became such a problem that it became impossible for the then-Republican majority to do intelligence oversight in a bipartisan manner with the Democratic minority.

The recent leaks from the intelligence briefing on Russian meddling in the 2020 presidential election is an indication that this situation became worse when Schiff took over as House Intelligence Committee chairman in January 2019.

I predicted this problem long ago when I said that Schiff’s leaking was so severe, the Trump administration should take extraordinary steps to prevent it, including withholding of sensitive intelligence from Schiff's committee.

It is time to end the fiction that Schiff's House Intelligence Committee is engaged in serious oversight of U.S. intelligence. Unless House Speaker Nancy Pelosi removes Schiff as chairman and cracks down on leaks by the committee’s Democratic members, the Trump administration should take drastic action to prevent the committee from further damaging U.S. national security through its constant leaks. These steps should include:

Congressional Democrats and the media will condemn the Trump administration for taking these actions by complaining that it is refusing to cooperate with congressional oversight of intelligence. This accusation would be false since the administration would continue to cooperate on intelligence matters with the Senate Intelligence Committee, Pelosi, McCarthy, Senate Majority Leader Mitch McConnell, R-Ky., and Senate Minority Leader Chuck Schumer, D-N.Y.

By implementing these steps, President Trump would send a powerful message to congressional Democrats that his administration will not cooperate with intelligence committee members who are only interested in weaponizing intelligence for political purposes. Billions of taxpayer dollars are spent every year to collect intelligence to protect our freedom and security. It is time to stop Adam Schiff from playing political games with sensitive national security information.