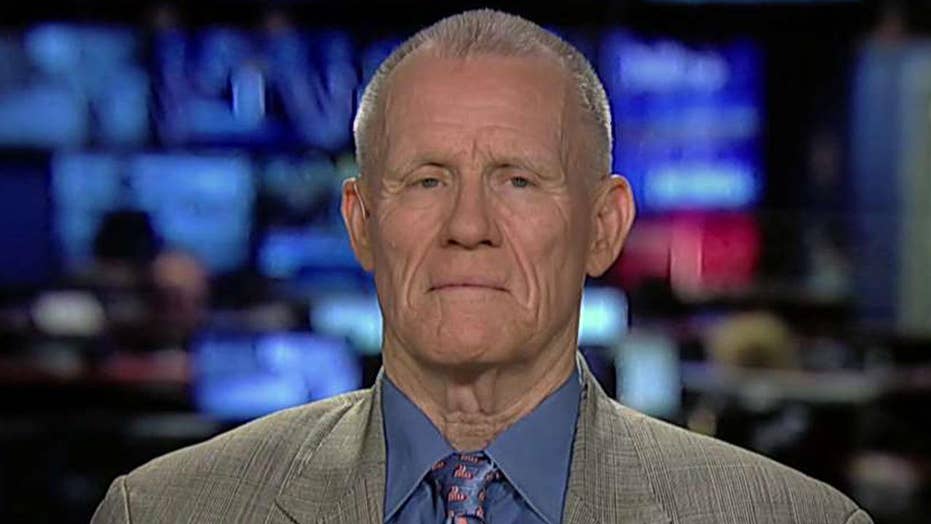 Imagine the desperation of a mother and father finding out their disabled son, whom I’ll call Jay, was wrongly denied critical benefits that helped his family afford his health care. On the edge of poverty in a struggling Philadelphia suburb, the family couldn’t always afford to put food on the table, let alone pay for Jay’s treatment. Jay’s parents found help at Legal Aid of Southeast Pennsylvania (LASP). Lawyers there helped them appeal the ruling and in 2016, three years after being denied, Jay was granted a disabled status and the benefits he always deserved.

This family’s predicament isn’t unique. A new report out Wednesday from the Legal Services Corporation (LSC), which helps everyday Americans navigate civil court, illustrates how civil legal crises overtake millions of Americans who can’t afford a private attorney. In the past year, a staggering 71 percent of low-income households experienced at least one civil legal problem, such as an eviction notice, wrongly denied benefits, or a family court suit resulting from domestic violence. Of the Americans facing such problems, 86 percent received inadequate or no legal help because they couldn’t afford it.

LSC funds hundreds of legal aid offices nationwide, including LASP. But the current Administration’s budget proposal would eliminate it and its legal aid funding, denying justice to millions of Americans across the country simply because lawyers are too expensive for their modest budgets.

For decades, LSC has assisted Americans like Jay’s family as they navigate the legal system. The odds are often stacked against them: veterans trying to obtain benefits wrongly denied, tenants fighting a landlord’s attempt to evict them, and domestic violence survivors seeking custody of their children all rely upon the assistance that civil legal aid provides.

America stands for justice for all, not just for those who can afford it. None of these men and women should be a civil lawsuit away from bankruptcy, and those who can’t afford an attorney should not be forced to enter or navigate the justice system without guidance. And yet, they are.

As U.S. Attorney General, I proudly advocated for the Americans with Disabilities Act. I know firsthand that legal rights mean little without lawyers to enforce them. As a founding board member of the Neighborhood Legal Services Association (NLSA) in Pittsburgh, I was delighted to stand up for people who could not otherwise afford an attorney. But now, services like NLSA – which once had 75 lawyers back in the 1970s and today has only 24 – are under threat. We have lost sight of the importance of maintaining this vital national service.

In fact, the evidence proves that these programs work. One important study showed that access to civil legal aid is a significant factor in reducing domestic violence. Another revealed that, of all options, legal assistance is the most effective way to prevent future domestic violence. And in housing disputes, a recent analysis concluded that three out of five tenants in Baltimore had valid legal reasons to fight eviction, yet most still lost their homes because they couldn’t afford an attorney and didn’t understand their legal rights. LSC helps even the odds for people whose lives truly do depend on the balanced scales of justice.

Don’t get me wrong – I’m not a tax-and-spend liberal. A look at my record shows that I’m not a fan of wasteful government spending. As Pennsylvania’s governor, I balanced the state budget for eight straight years, reduced taxes, and left a surplus of $350 million. But when women and children are trapped with an abusive spouse or parent, or veterans and people with disabilities are denied lawful benefits, we must make investments to ensure they can defend their rights. Our common values as Americans dictate as much.

Some have argued that the current budget was written through the eyes of the people who are actually paying the taxes. However, fairness requires that we also see through the eyes of people like Steve, a Vietnam veteran and Pennsylvanian who was denied Social Security disability benefits despite his diagnosed physical injuries and PTSD. He was facing foreclosure on his home because, without an income, he couldn’t afford his mortgage payments. MidPenn Legal Services, another LSC-funded group, took Steve’s case, successfully securing legitimate benefits for Steve and enabling a loan modification that let Steve remain in his home.

The same is true of the legal needs of our citizens who live in rural areas. Indeed, the farmer whose land is wrongfully auctioned off by her county government has just as much a right to a fair trial as the city-dwelling apartment tenant wrongfully evicted from his apartment.

Funding for the Legal Services Corporation is a modest investment – 0.01 percent of federal expenses – with outsized returns. Every foreclosure or eviction prevented is one less family relying on other forms of government assistance. If we want to make fiscally responsible choices that truly help Americans, we would be wise to continue investing in the Legal Services Corporation.

We can ensure justice and maintain the value of fairness under the law – for all. Ultimately, the decision to eliminate the Legal Services Corporation would have dangerous consequences for a nation that values justice for all. Americans must urge their representatives in Congress to continue our bipartisan tradition of supporting funding for LSC and adequately fund it in next year’s budget. Everyone – rich, poor or middle class – deserves justice.