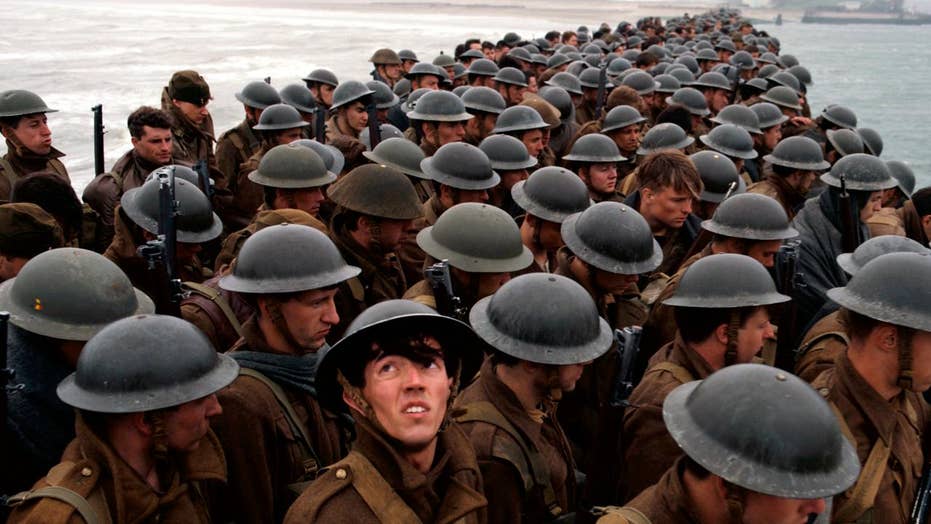 Michael Tammero goes in the Foxlight with the cast

Ticket sales are down. The latest films in a number of franchises—Transformers, Pirates Of The Caribbean, Planet Of The Apes, Alien, Cars, Despicable Me—have underperformed. Potential new franchises--The Mummy, Baywatch, King Arthur—have disappointed.

Filmgoers are apparently getting tired of the same old thing. But can Hollywood come up with exciting original films the public wants to see?

To answer that, it would be instructive to compare two recent releases, Dunkirk and Detroit.  The first, directed by Christopher Nolan, is a major hit.  The second, from the Oscar-winning Kathryn Bigelow, looks to be a flop.

They have certain surface similarities. Both are named after cities starting with “D.” Both are ensemble pieces, not star driven. Both are period films that look at particular stories inside a troubled historical moment.

Some artists think the bleaker the better—more depth or truth or something like that. But that’s not necessarily the hallmark of great drama. The original Greek tragedies often ended on a note of uplift.

But otherwise, they couldn’t be more different.

Dunkirk, about the famous evacuation of Allied soldiers in World War II, is full of death and danger.  But it also features, amidst the tragedy, bravery and even some warmth.

And note the film is not about heroes who achieve total victory—it’s about, at best, avoiding total defeat.

It shows both the good and bad in people, and plenty of the in-between.  It also suggests that even during the toughest times there can be a sense of hope.  And audiences have responded.

Detroit is about an incident during the 1967 riots in the title city.  Police officers raided the Algiers Motel believing there was a potential shooter there.  Before it was over, three black men were dead and the rest—seven black men and two white women—were beaten and brutalized. (The film is a dramatization, of course, and a number of facts are in dispute.)

Before the film is over, the audience itself may feel a bit brutalized.  The tension is relentless, but so is the ugliness.  And that may be a large part of why people are staying away.

Some artists think the bleaker the better—more depth or truth or something like that.  But that’s not necessarily the hallmark of great drama.  The original Greek tragedies often ended on a note of uplift, where the gods set things right.  Shakespeare had plenty of violence, but he also had comic relief, as well as heightened language.

At the end of a great tragedy, you may feel shaken, but also uplifted. As Aristotle noted, tragedy leads to catharsis—you’ve felt pity and terror, and are cleansed.

In Detroit, it’s more like having your nose rubbed in the hatred.  And to those who insist this is a useful, even necessary lesson the audience needs to learn about the brutality of our past (and some say our present), I can only respond people don’t generally pay to be lectured.

Kathryn Bigelow is a talented director. I’ve liked her work since her early vampire film Near Dark.  Her last three films have been based on real and harsh situations—The Hurt Locker (Oscar for Best Picture), about a bomb squad in Iraq, Zero Dark Thirty, about the search for Osama bin Laden, and now Detroit.

The one that made the most money by far is Zero Dark Thirty. Can you see why? It’s the only one that, though full of brutality and violence, also offers hope.  (This may have been by chance.  While Bigelow was working on the project, Bin Laden was killed, so that had to become part of the film.)

I’m not saying which of these two films is artistically superior.  Maybe fifty years from now Detroit will be considered a classic while Dunkirk will be forgotten.  I just wouldn’t bet on it.

And if I were putting up the money for Kathryn Bigelow’s next film, I’d have a request.  You don’t have to sell out, but maybe you could lighten up.