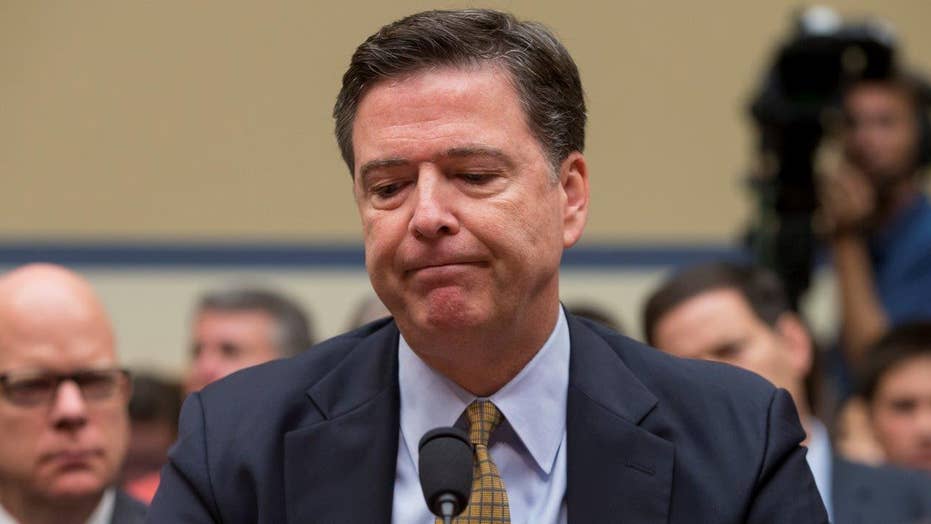 There is the bipartisan pretense that the FBI is the only government agency in Washington that is above reproach. Yet, this is the agency that collaborated with Lois Lerner and the IRS in an effort to criminally prosecute opponents of Barack Obama. Then, unsurprisingly, this same FBI (and Justice Department) found nothing worth prosecuting in their own blatant malfeasance.

Again, this is the same FBI whose Keystone Cops approach to counter-terrorism failed to prevent eminently preventable terrorist acts ranging from the Boston Marathon bombing to the Orlando massacre. In fact, we now know that an FBI supervisor actually told one Florida police department investigating Omar Mateen, “We do NOT believe he is a terrorist” [Emphasis in original]

How does an agency with this sort of record escape accountability? Quite simply, by doing favors for the likes of Hillary Clinton and Barack Obama. It is to politicians like Clinton and Obama that men such as Comey owe their jobs – and agencies such as the FBI owe their budgets. And so, they are subservient.

According to Comey’s testimony before the House Thursday, the Hillary Clinton lies, subterfuge, document destruction and national security violations that would, for starters, get you or any other non-political elitist drummed out of the FBI, shouldn’t even be considered for prosecution by a “reasonable prosecutor.” Well, not if that “reasonable prosecutor” owes his meal ticket and position of power to the likes (and dislikes) of Hillary Clinton and Barack Obama.

What was perhaps most striking about Comey’s testimony on Thursday is how he carefully narrowed his investigation in a way that conveniently helps Hillary Clinton.

What was perhaps most striking about Comey’s testimony on Thursday is how he carefully narrowed his investigation in a way that conveniently helps Hillary Clinton.

One analysis of Comey’s legal sophistry is that he saw that the fix was in and he wasn’t going to cause a crisis and put his job on the line by recommending a prosecution to a compromised and conflicted Obama Justice Department.

Comey may think he’s successfully threaded the political needle – highlighting Clinton’s malfeasance while giving her a get-out-of-jail-free card. But all he’s done is further lowered the reputation of the FBI in the eyes of the American people.