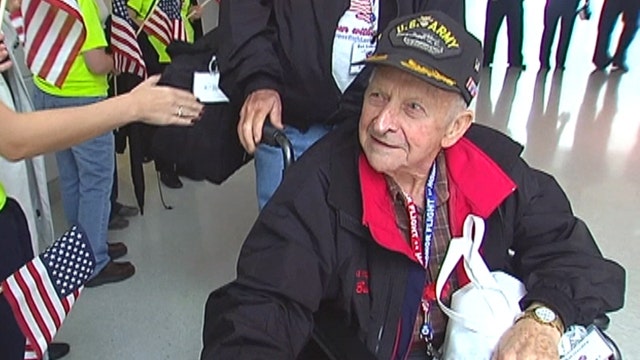 “When your handsome husband returns home and he’s not so handsome, I hope you won’t be too disappointed. War is no fountain of youth. It turns boys into men and men into old men.”

That is the voice of my father, Lt. Frank Tachovsky, U.S. Marines Corps, in a letter written to my mother after the battle for Saipan in World War II.

Dad died nine years ago, but one eulogy at his funeral spurred me to learn more about a segment of his life he never discussed — being a Marine in the Pacific on Guadalcanal, Tarawa and Saipan. Opening his footlocker kept in the garage, I found a trove of letters, medals of valor, documents, newspaper clippings and a platoon roster for his “Scout and Sniper Platoon” on Saipan.

One article revealed that my dad was the commander of the Sixth Marine Regiment’s Scout Snipers. Nicknamed the “40 Thieves” by their peers, this elite unit was legendary for their daredevil exploits, grit and their invaluable role in the Battle for Saipan.

My dad specifically picked men with brig time for the platoon because, as he said, “If a man had spent any office hours for brawling or had a black mark on his record for being in fights, that showed he’d been in trouble and could handle himself. The guy that wins the fight is thrown in the brig. The other guy goes to the infirmary. The guy in the brig is the kind of guy I want.”

I became determined to learn more, and I discovered that five of the old “Thieves” were still alive. I made several visits to each. Because I was the son of their lieutenant, they spoke without hesitation, and I learned about my father from the men with whom he had served.

Roscoe Mullins from West Virginia told me, “Your dad was one of the best. Other green dandy lieutenants treated us like dogs, but your dad treated us like men. We would have moved Heaven and Earth for that man.”

Members of the 40 Thieves in Hawaii.

His platoon sergeant, Bill Knuppel wrote, “We saw it all together — Iceland, Guadalcanal, Tarawa, Saipan. I’ve been a Marine my whole life. Some of the best men I’ve known are Marines, and your dad was a cut above.”

The Thieves told stories while commenting on articles, photographs and documents. Many dealt with my father’s leadership by example: his courage and resourcefulness under fire on Guadalcanal; single-handedly cleaning out a pillbox on Tarawa, and running into the line of fire to destroy an enemy tank with a bazooka on Saipan. His bravery and ingenuity rubbed off on his men, who improvised Molotov cocktails to bring a tank Banzai to a halt in the Battle for Saipan.

Whether it was humility or reluctance to open old wounds, my father never spoke of any of this. In a backhanded comment about why most did not talk about the war, one of the Thieves, Bob Smotts, from Georgia explained, “I’ll tell you one thing that’s for sure, those that talk the most about what they done did the least.”

Of the awards of valor he received, my father simply said, “I didn’t do anything that any other Marine wouldn’t have done.”

Frank Tachovsky resting on his bunk.

To the families of every one of the 40, our fathers were truly the Greatest Generation, and the elite of The Few, The Proud.

Joseph Tachovsky is the author of "40 Thieves on Saipan: The Elite Marine Scout-Snipers in One of WWII’s Bloodiest Battles" (Regnery History, June 2020). He is the son of Lt. Frank Tachovsky, the commanding officer of the 40 Thieves who were also known as “Tachovsky’s Terrors.”