Members of the House Energy and Commerce Committee got their turn Wednesday to grill Facebook founder and CEO Mark Zuckerberg, as several asked about charges that the social media site suppresses conservative voices.

But Zuckerberg’s testimony did nothing to convince conservatives or anyone interested in fairness that he was sincere in his desire to root out anti-conservative bias.

Censorship questions focused on the outspoken, pro-Trump duo, Diamond and Silk, who Facebook recently labeled “unsafe to the community.” With 1.4 million followers on their Facebook page, it’s more likely that Facebook finds the outspoken activists to be a threat to liberals than unsafe to the “community.”

Rep. Joe Barton, R-Texas, pressed Zuckerberg about why holding conservative views is unsafe. Zuckerberg continued his grandstanding from his Tuesday testimony before two Senate committees about the importance of free speech and said: “In that specific case, our team made an enforcement error. And we have already gotten in touch with them to reverse it.” 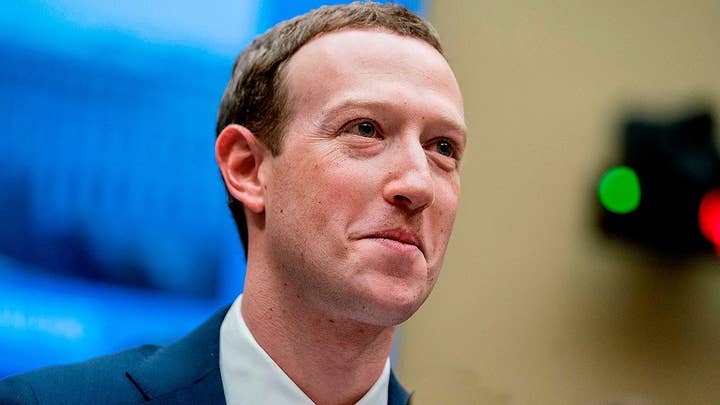 Interestingly, Diamond and Silk have repeatedly denied ever hearing from Facebook. Perhaps Zuckerberg is confused?

Rep. Marsha Blackburn, R-Tenn., also addressed Diamond and Silk, saying that while Facebook uses algorithms to identify terrorists, the duo “are not terrorists.”

Zuckerberg was asked by Rep. Steve Scalise, R-La., if there were any disciplinary actions taken against whoever on his team was responsible for suppressing Diamond and Silk’s Facebook presence. Zuckerberg said he couldn’t answer that question because he’s been busy getting ready to testify before Congress.

Apparently, nobody thought the head of a multibillion-dollar company that provides news to many millions of people around the world would be asked questions about censorship during a congressional hearing. So why bother with details?

What’s becoming more and more apparent is that there’s a lot Zuckerberg doesn’t seem to know about his own company.

The lawyer in Cruz came out and the cross-examination was a sight to behold. Cruz forced Zuckerberg to answer questions that many were hoping he would be forced to face. They weren’t disappointed. 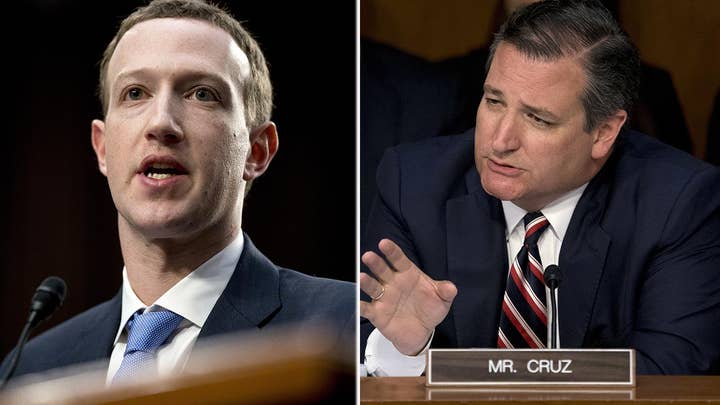 Zuckerberg had nowhere to pivot and his explanation was perfectly rehearsed and weak at best; and so inconceivable that it was insulting at worst.

Referencing a Gizmodo report from 2016, Cruz ticked off a laundry list of examples in which conservatives have been censored on Facebook, including: blocking a Chick-fil-A Appreciation Day page; suppressing posts from Catholic pages; blocking a Fox News reporter: and blocking posts relating to former Massachusetts Republican Gov. Mitt Romney, political commentator Glenn Beck, and the Conservative Political Action Conference.

Also included in Cruz’s list of examples were censored posts about the Internal Revenue Service scandal that targeted conservatives, and the labeling of Diamond and Silk’s page as “unsafe to the community.”

When asked if he knew if any posts by Planned Parenthood, MoveOn.org or Democrat candidates were removed, Zuckerberg wouldn’t give a straight answer, saying he wasn’t “specifically aware.”

Zuckerberg responded to the many examples of conservative censorship by saying: “I understand where that concern is coming from, because Facebook and the tech industry are located in Silicon Valley, which is an extremely left-leaning place. This is actually a concern that I have and that I try to root out in the company, is making sure that we don’t have any bias in the work that we do.”

Cruz just finished obliterating Zuckerberg with facts in the form of a string of examples of censorship of conservatives, many of them high profile people or organizations. And Zuckerberg said he tries to root out the bias in the company?

Who’s driving this ship? This man supposedly runs the company – at least that’s what we’re told.

One of two things is going on. Either Zuckerberg is not really in charge and just acts as the “face” of Facebook, or he thinks we’re all just really dumb. Who’s to say conservative views won’t end up being targeted – and removed – as hate speech on Facebook? Zuckerberg certainly didn’t.

In fact, while Zuckerberg testified that hate speech will likely be able to be removed from Facebook before it’s posted within the next 5 to 10 years, when Sen. Ben Sasse, R-Neb., asked him to actually define hate speech the founder of Facebook couldn’t do so.

“I think this is a really hard question,” he said, conceding that even now it’s impossible for him to define what speech Facebook will ban and what it will permit.

It’s no secret that conservatives are targets. Hollywood mocks us, the mainstream media thinks we’re enemy No. 1, and former candidates for office insult us because we didn’t vote for them. That’s just become a lot of noise at this point. Same players, same song, different day.

However, what Facebook is doing is far more dangerous. When you censor speech and silence voices to fit a political narrative, freedoms get stripped away. If Facebook does it and gets away with it, others will follow.

In the short term, Facebook will likely tread carefully in dealing with conservatives because the company is under the microscope of Congress right now. However, when the current furor over Facebook’s actions dies down, will the company go back to business as usual?