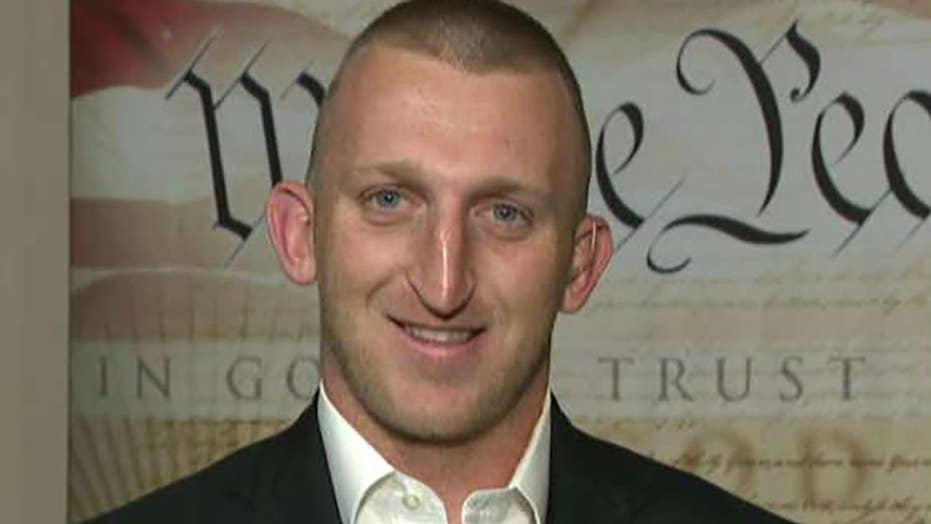 Fifty years ago, the band Creedence Clearwater Revival released a song titled "Fortunate Son." It offered a powerful statement about the injustice of the military draft, and the inequity associated with who was – and who was not – fighting and dying in Vietnam. It went on to become one of the most iconic anti-war protest songs of the Vietnam War era.

The injustices and inequities perceived to characterize the war in Vietnam, artfully put to music by CCR’s John Fogerty and others in the late 1960s, served to help galvanize otherwise disparate segments of American society against the war, and ultimately motivated politicians and policy makers to act.

The war ended in 1973, and so did the draft. In fact, some have suggested that the activism and civic engagement of the America people, in response to who was – and who was not – fighting and dying in Vietnam, ensured that the final casualty of the war would be the draft itself.

SETH LEDERMAN: OUR VETS FOUGHT TO PROTECT OUR FREEDOM. WE MUST FIGHT FOR THEIR FREEDOM FROM PTSD AND SUICIDE

However, with the benefit of a contemporary perspective, I would argue that those who say that the final casualty of the Vietnam War was the draft are unequivocally wrong. Instead, the demise of the draft has set the conditions for the casualties of our wars to perpetuate indefinitely here at home.

I say that because recently the U.S. Department of Veterans Affairs released the 2019 National Veteran Suicide Prevention Report. According to this report, over the last 10 years “at least” 60,000 military veterans have taken their own lives by suicide.

The day the report was made public, I received a note from a Vietnam veteran who I have come to know over the past few years. He reached out because, after reading the report, he felt compelled to provide me some context for its findings.

Specifically, he wanted to make sure I understood that American military engagement in Vietnam commenced in 1959, and concluded in 1973. He did the math – 14 years.

He then reminded me of the 58,320 names on the Vietnam Memorial in Washington, D.C., representing those American men and women who lost their lives to the war in Vietnam. On this point, I did not need his reminder, as I have a relative whose name is on that wall.

Next, he recounted how the war in Vietnam, and the lives represented by the names etched on that wall in D.C., served to galvanize American society to demand action to stop the death and dying.

Ultimately, all of this was to ask me a question, which was:

How is it that the president – and those running to be president – are not talking about this issue and demanding action? Why aren’t national media outlets reporting on this issue? Why don’t more Americans seem to care about this contemporary epidemic of death and dying?

I told him that, somewhat ironically, he can answer all these questions by simply reciting the iconic verse from Fogerty’s 1969 protest anthem: “It ain’t me. It ain’t me.”

In other words, the ‘final casualty’ of the Vietnam War was not the elimination of the draft. Instead it was, by eliminating the draft in favor of a volunteer military, to disconnect the costs and consequences of war from the overwhelmingly majority of Americans.

Veterans are taking their own lives at an alarming rate. Extrapolating from the VA’s own data, there's one suicide every 85 minutes, 24 hours each day, 365 days a year.

America, where is the outrage? More importantly, what are you prepared to do about it?