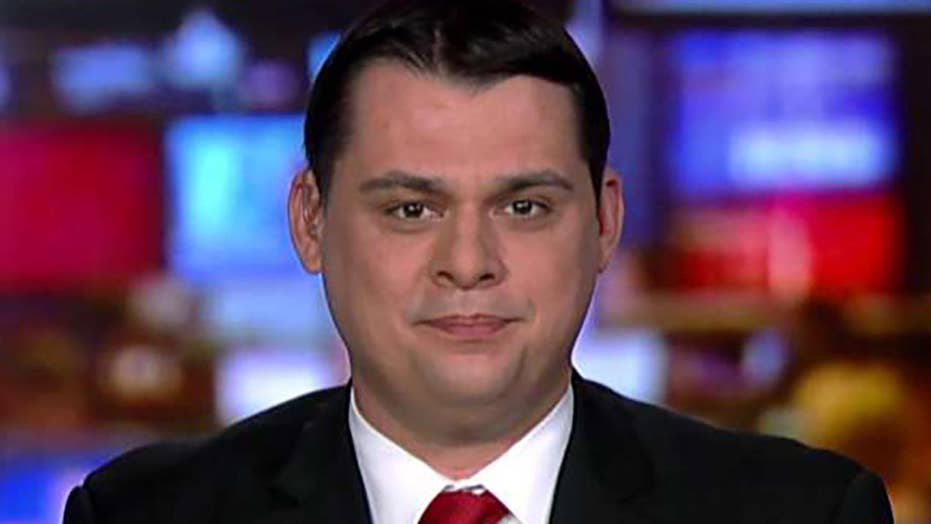 Open the newspaper, flip through cable channels, browse your newsfeed and what do you read, see, and hear? Twenty veterans a day die by suicide in the United States. That is stunning and tragic. Equally stunning is that an estimated 14 of those veterans do not receive the help they need and deserve.

In March, President Trump announced a major initiative to address this problem, signing an executive order to establish a task force on veteran suicide. The Cabinet-level panel will explore ways to prevent veteran suicide, and research therapies which can bring us closer to controlling this national scourge.

We must find strategies to identify at-risk veterans and invest in the development of safe and effective therapies, including novel drug treatments, that can potentially reduce suicidal behaviors associated with Posttraumatic Stress Disorder (PTSD).

After almost two decades of war, America is realizing the ramifications of PTSD. Over 2.7 million men and women have served in Iraq and Afghanistan since 9/11. The VA estimates that one fifth – or about 500,000 – suffer serious emotional problems. Effects of combat trauma can become more pronounced when military personnel try to adjust to and reintegrate into civilian life. PTSD is a serious psychiatric condition that affects many of these servicemembers and veterans.

After almost two decades of war, America is realizing the ramifications of PTSD. Over 2.7 million men and women have served in Iraq and Afghanistan since 9/11. The VA estimates that one fifth – or about 500,000 – suffer serious emotional problems.

This disorder can ruin the lives of people who should have a bright future if is not diagnosed and treated immediately. They can’t work, feel unsafe in the world, have trouble sleeping, feel irritable, agitated, and on edge. They are haunted by painful, disturbing memories which they cannot move past. PTSD is a risk factor for suicide and impulsive behaviors, substance abuse, homelessness and incarceration.

These people served our country to protect our freedoms. They are held hostage to traumatic events, the effects of which ultimately ripple through their families, workplaces, and communities. While suicide rates globally have declined by nearly a third since 1990, the U.S. rate increased 30 percent between 2000 and 2016.

Reading these statistics, you can’t help but be shocked by the seriousness of the problem. And it’s a problem that American innovation can address. I believe this strongly, and that’s why my company has begun research on a potential new treatment which may someday offer relief to veterans and other sufferers of PTSD.

Just as we spend billions on weapons systems to defeat our enemies and protect our freedom, we must invest in our wounded warriors, especially those suffering from PTSD.  Effective and safe trauma-focused therapies and medication are critical to free them with from lingering impacts of war.

Among the major mental health conditions that underly suicide, PTSD stands out for the lack of approved or investigational treatments with data to show that they might decrease the risk of recurrent suicidal behavior in those suffering from PTSD, behavior related to both the impulsivity and hopelessness common to the underlying conditions.

This is the challenge we face. The lack of available treatments for suicidal ideation steals any remaining hope from our veterans.

I’m CEO of a company committed to research and develop a safe and effective treatment for PTSD. In our clinical trials with over 500 servicemembers and veterans with military-related PTSD, we have seen firsthand the significance of this public health issue and the urgency of this unmet need. Approximately 10 percent of the participants in our first PTSD study had lifetime suicidal behaviors. Some were preparatory acts, some were interrupted attempts, some, thankfully, changed their minds. Four were attempts in which a gun failed to fire. Those four were lucky. The impulse passed. Counting on misfiring weapons is not a policy solution.

Private investors and big Pharma companies are generally not eager to fund research on solutions for uniquely military problems which have not been viewed as good investment opportunities. The challenge of sourcing further funding is going to require policymakers and military leadership to listen to the stakeholders in this scourge – veterans, their families, and advocacy organizations. The U.S. government is the last resort to fund and support PTSD research and development activities.

It's been almost two decades since new PTSD medicines have been approved, ironically the same period our nation has been at constant war. There are at least three advanced treatment candidates developed by the industry and a non-profit organization for PTSD that the U.S. government could help bring to market. Clearly, it can be the President's taskforce’s priority to support and fund this effort to address veteran suicide.

We are on the verge of better therapies that can potentially change the lives of people whose days and nights are ravaged by PTSD. They fought to protect our freedom, and we should fight for their freedom from PTSD and suicide.

Like any technology, with adequate resources and national commitment, we can apply scientific advances and know-how to develop life-changing solutions.