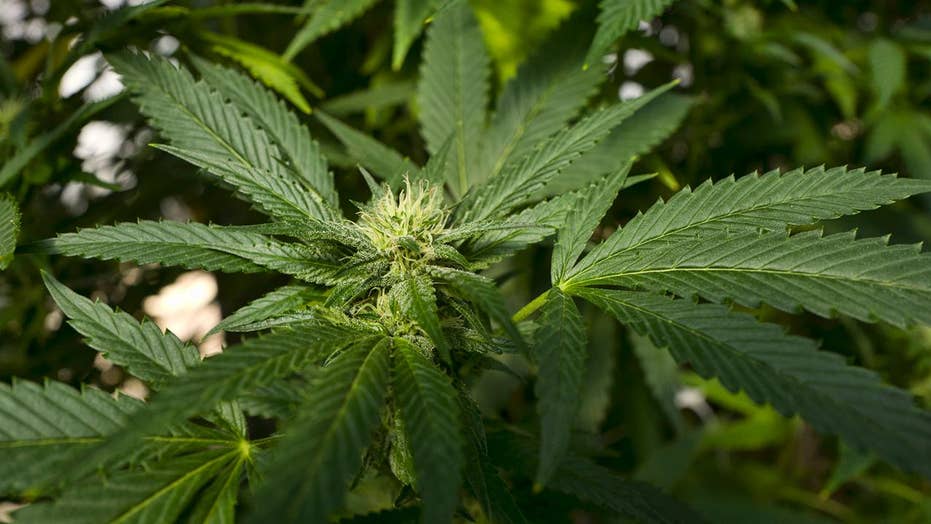 As a practicing internist, I am very aware of the distinction between medicinal and recreational use of any psychoactive substance. Unfortunately, when it comes to marijuana, this distinction is too often and too easily blurred.

Currently, there are 10 states where recreational marijuana is legal and an additional 23 states where it may be used for medical purposes.

Marijuana has been studied and found to be an effective treatment for nausea and different kinds of pain. Many patients swear by it. I am all for it, especially when the alternative is an opioid or when the disease is severe or terminal.

KAMALA HARRIS' MARIJUANA RECORD: HOW THE CALIFORNIA DEMOCRAT'S VIEWS ON POT HAVE EVOLVED

But when it comes to recreational use, the problem becomes one of how much you are smoking and for how long. Studies have shown that regular users can develop cognitive and behavioral problems, and an increased risk of anxiety and depression.

And according to a recent study at NYU Langone Health, chronic pot smokers (defined as more than 20 days per month) had almost a one out of three chance of developing Cannabinoid Hyperemesis Syndrome (CHS), an awful condition associated with varying degrees of pain and uncontrolled nausea and vomiting, which can for last several hours. This translates to over 3 million sufferers in the U.S., when you consider the current numbers of chronic pot smokers.

There is no free lunch when it comes to medicines. You may not consider marijuana a medicine but I and other physicians do. And any medicine has side effects, especially with long-term use.

According to Dr. Joe Habboushe, associate professor of emergency medicine at NYU and first author of the study, the weed-induced vomiting doesn’t respond to routine anti-nausea drugs but only to several hours of hot showers or capsaicin (derived from peppers) cream.

While Habboushe acknowledged to me in an interview that small amounts of marijuana (containing cannabinoids) suppresses nausea and pain in the brain and nerves, at the same time, too much of it over time may “overstimulate and turn off the very receptors that were suppressing nausea and pain in the first place.” Habboushe added, “Hot showers seem to be able to stimulate the same receptors and turn them back on.”

The only real way to cure the problem is to stop smoking pot altogether. This works 97 percent of the time, but if you start smoking it again you are at great risk of the problem returning.

Despite the growing number of cases of CHS, many doctors are still not familiar with this condition and may misdiagnose the problem as something else. Patients have had multiple diagnostic tests and even had their gallbladders removed unnecessarily as a result of the symptoms.

The bottom line to this story is that there is no free lunch when it comes to medicines. You may not consider marijuana a medicine but I and other physicians do. And any medicine has side effects, especially with long-term use.

Medical marijuana was first legalized for medical use in California in 1996, but the first states to legalize it for recreational use were Washington and Colorado in 2012. Last year, a landmark study in JAMA Pediatrics showed that legalization of recreational marijuana use significantly reduced perceptions of marijuana’s harmfulness by 14 percent and 16 percent among eighth and 10th graders respectively. This is a very disturbing trend.

At least doctors seem to be more aware of potential side effects in these states, even if teens aren’t. This past month I was teaching a medical student from Colorado, and I asked her about CHS. I mentioned how few doctors in New York knew about it. “It’s very common in Colorado,” she said. “We see cases in the ER there every day.”

I am for the medical use of marijuana but against chronic use for recreational reasons. Cannabinoid Hyperemesis Syndrome is a wake-up call about the overuse of this drug; so are the long-term behavioral changes and effects on judgement, memory and decision-making.

I learned in medical school and throughout my career that the human body is a complex system of careful checks and balances. It is therefore not surprising to me that what may work for the body at lower doses turns against it over time at higher doses. This medical truth may not solve the current firestorm over whether to fully legalize marijuana or not, but it’s a good place to start.