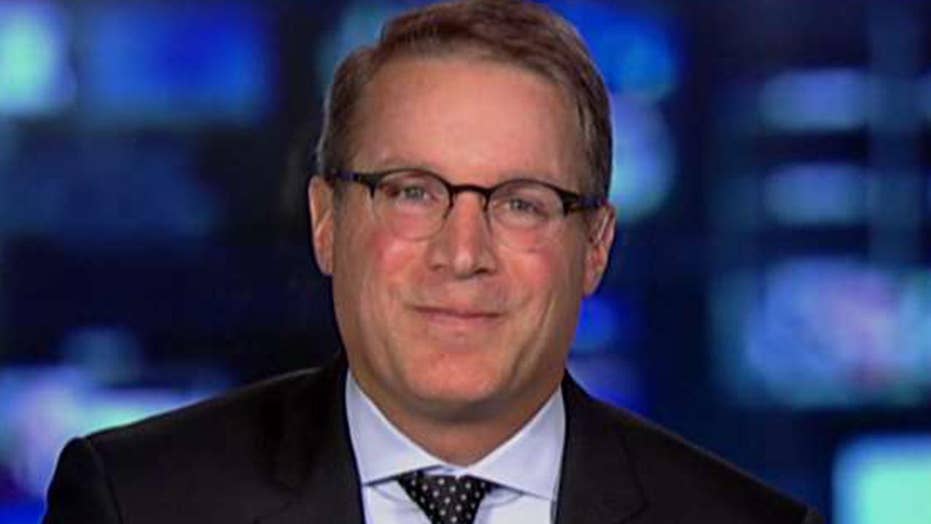 Democratic congressional leaders and Trump agree on need to spend $2 trillion on infrastructure.

We saw a rare and welcome display of bipartisanship Tuesday when the top Democrats in Congress emerged from a meeting with President Trump to announce the president had agreed on the need to invest $2 trillion to repair and upgrade the nation’s roads, bridges, railroads and broadband.

House Speaker Nancy Pelosi of California and Senate Minority Leader Chuck Schumer of New York told reporters they plan to meet with Trump again in three weeks, when he will tell them how he proposes to fund the infrastructure plan.

America has 2.7 million miles of paved roads, 140,000 miles of rail lines, and 600 airports. Much of this infrastructure is still functional but is in need of massive investment to repair, improve and upgrade it to modern standards of stability and efficiency.

To accomplish these goals, our leaders must embrace policies such as public-private partnerships, which localities across the nation have used in order to access private investors for the purpose of building and managing public infrastructure.

Tuesday’s White House meeting was a dramatic improvement from the last time the Democratic congressional leaders met with the president last winter. That ended in disagreement and led to a 35-day government shutdown – the longest in American history.

Fortunately, the outcome of this meeting was far different, especially given the importance that members of both parties place on investing in infrastructure.

During the 2016 Presidential campaign, both then-candidates Trump and Sen. Bernie Sanders, I-Vt., emphasized the importance of rebuilding America’s infrastructure, making it a core tenet of their budget proposals.

One can hope that Tuesday’s display of bipartisanship will result in a plan that is agreeable to both parties and beneficial to all Americans.

On the campaign trail, Trump called for investing between $800 billion and $1 trillion in infrastructure spending – funded with bonds rather than tax increases.

During the 2016 Democratic primaries Sanders – who wound up losing the Democratic nomination to Hillary Clinton – also called for a $1 trillion investment in infrastructure.

“In 2015, I introduced the Rebuild America Act to invest $1 trillion over five years to modernize the physical infrastructure that our economy depends on,” Sanders wrote in a Medium post. “In

January, I will reintroduce that legislation to directly invest in our roads, bridges, water systems, rail, airports, levees and dams.”

In a political climate in which reason often takes a back seat to party politics, infrastructure remains one of the only issues not plagued by partisanship.

To be sure, the need for a massive investment in modernizing our nation’s infrastructure is clear and long overdue. One can hope that Tuesday’s display of bipartisanship will result in a plan that is agreeable to both parties and beneficial to all Americans.

In my home state of New York, one of the most populous states in the nation, an investment in infrastructure is needed to rebuild trains, bridges and tunnels, all of which are essential to the state’s population and economy.

In October 2016, Hurricane Sandy completely flooded the North River Tunnels, a pair of tunnels that carry Amtrak and New Jersey Transit rail lines under the Hudson River between Manhattan and New Jersey.

The tunnels are an integral transit component of the Northeast Corridor. The Hurricane Sandy flooding resulted in damage to electrical wires, concrete walls and drainage systems. The ensuing delays in rail travel have impacted thousands of people who travel through the tunnels daily.

Neither tunnel has undergone sufficient repairs since the flooding. The damage continues to put people at risk, impede traffic and stifle the economy, because both tunnels are essential to the regional and national economy.

“If we don’t build this, and these tunnels fail, the whole economy will collapse,” Schumer said. “There will be a deep recession in the New York metropolitan area, and a recession probably in the whole country.”

“You can say this unequivocally: this is the most important public infrastructure project in America, bar none,” Schumer added.

This assertion is also bolstered by the Northeast Corridor Infrastructure and Operations Advisory Commission, which has said a single day shutdown of railroad traffic in the entire Northeast Corridor would cost our economy $100 million in congestion and reduced productivity, among other undesired results.

It is encouraging that despite their many difference, Pelosi and Schumer are able to work with the president on critical infrastructure improvements needed around the country.

Since Special Counsel Robert Mueller released his report on Russian interference in the 2016 presidential election, President Trump has stonewalled the Democrats and bashed the party on Twitter, while a number of Democrats have called for the president’s resignation or impeachment.

Yet, on the topic of infrastructure, it seems as though an agreement might be possible. The result of the meeting between Trump, Pelosi and Schumer reveals that there is in fact a mutual desire to find common ground on this important issue.

Ultimately, the passage of a successful, bipartisan infrastructure plan would be advantageous to both parties politically and would benefit the American economy and bring much-needed modernization to communities across the nation.