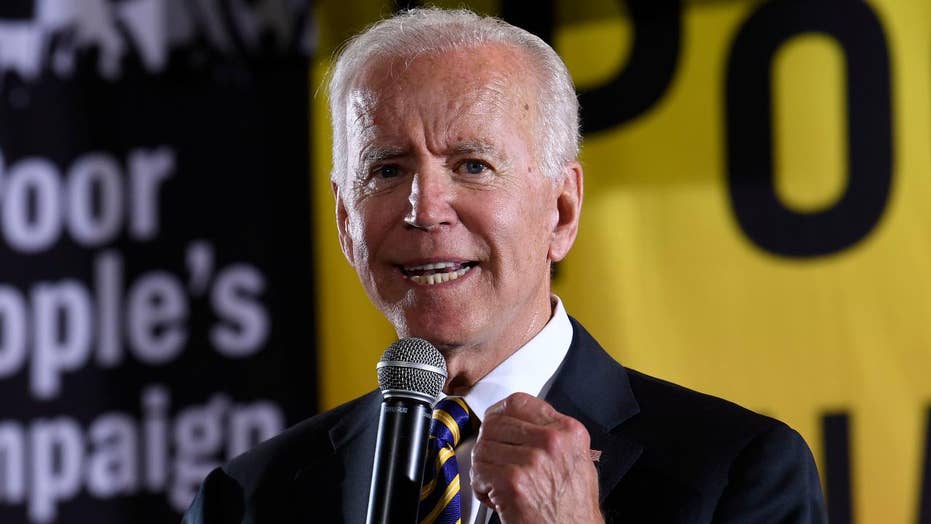 He lauded himself for working with segregationist senators.

One almost feels sorry for Democrats as they repeatedly scream, “racism!” — only to expose their Party’s historical prejudice and hypocritical attacks on President Donald Trump for policies that echo Democratic actions.

Biden told New York donors on June 18 that he “didn’t agree on much of anything” with Senators James Eastland of Mississippi and Herman Talmadge of Georgia. Regardless, said Biden, “At least there was some civility.” He added: “We got things done.”

Obama's Census Bureau asked -- in Spanish -- if respondents were U.S. citizens on all eight of his annual American Community Surveys. (U.S. Census Bureau)

For the record, as NPR recalled, here is what Eastland told a racist rally during Dr. Martin Luther King’s protests after Rosa Parks refused to sit in the back of a bus in Montgomery, Alabama.

“In every stage of the bus boycott we have been oppressed and degraded because of black, slimy, juicy, unbearably stinking n-----s.” Eastland begged white bigots to “abolish the Negro race” with “guns, bows and arrows, slingshots, and knives.”

The reaction to Biden’s comments could be called “Joe versus the Volcanoes.”

“Vice President Biden’s relationships with proud segregationists are not the model for how we make America a safer and more inclusive place for black people, and for everyone,” said Senator Cory Booker, D – New Jersey.

Senator Kamala Harris, D – Calif., said it was wrong for Biden “to coddle the reputations of segregationists, of people who if they had their way, I would literally not be standing here as a member of the United States Senate.”

New York City Mayor and Democrat Bill de Blasio, said via Twitter: “It’s 2019 & Joe Biden is longing for the good old days of ‘civility’ typified by James Eastland. Eastland thought my multiracial family should be illegal & that whites were entitled to ‘the pursuit of dead n*ggers.’”

But the Biden bashers forgot one key detail:

Senators Eastland and Talmadge were Democrats! If they were Republicans, the pounding that Biden’s presidential rivals inflicted would have cost Democrats nothing.

However, using Eastland and Talmadge as sticks with which to flog Biden helped Republicans educate young voters, and remind older ones, about which party authored and brutally enforced the Jim Crow laws.

That would be the Democratic Party.

Indeed, Birmingham Commissioner of Public Safety Theophilus Eugene "Bull" Connor, the rabid racist who deployed snarling dogs and fire hoses against civil rights activists in the 1960s, was one of Alabama’s two representatives on the Democratic National Committee.

Likewise, leftists shrieked when the Trump administration decided to move some 1,400 recently captured illegal immigrant children from detention centers on the southern frontier to Fort Sill, Oklahoma, as they await reunions with adult relatives. This military base once housed Americans of Japanese descent against their will during World War II.

“The internment of Japanese Americans is a stain on our history. It is abhorrent that 75 years later, this administration now wants to hold migrant children in one of those same camps,” Senator Bernie Sanders I-Vt., scolded via Twitter. “We will look back on Trump’s racist child prisons as an abomination.”

“This type of outright cruelty against children, in a military facility once used to perpetrate a grave injustice, no less, tells the world we are not the proud and free nation we once purported to be,” said Bishop Garrison of Human Rights First.

So, class, who locked up these Americans of Japanese heritage after Pearl Harbor? Why that was none other than Democratic Party god, President Franklin Delano Roosevelt!

Beyond FDR, who died in 1945, a far more contemporary Democrat subjected illegal aliens to the same Japanese-internment-style oppression that Trump supposedly loves.

As Time’s W.J. Hennigan wrote on June 11: “In 2014, the Obama Administration placed around 7,700 migrant children on bases in Texas, California, and Oklahoma, including Fort Sill.”

Meanwhile, a quartet of far-left House Democrats moaned that “Recent reports of a massive deportation operation, targeting thousands of immigrant families in major cities across the country are further evidence that this President will stop at nothing in order to carry out his hateful agenda.”

Representatives Alexandria Ocasio-Cortez of New York, Ilhan Omar of Minnesota, Ayanna Pressley of Massachusetts, and Rashida Tlaib of Michigan — call them the Four Horsewomen of the Apocalypse — added: “We must end the system of mass detention and deportation of immigrants.”

But this screed against Trump’s deportations merely highlights how few he has deported versus that deportation fanatic: Barack Obama.

Trump’s deportations supposedly confirm his infinite evil. Yet he has achieved just 69 percent of Obama’s torrid, yet oddly nurturing, rate of expulsions.

Finally, Trump’s intention to include this question on the 2020 Census — “Is this person a citizen of the United States?” — is reputedly more bigoted than a cross burning.

Kristen Clarke of the Lawyers’ Committee for Civil Rights Under Law calls this query “nothing more than a pretext to carry out the Trump Administration’s racist agenda.”

“We must keep up the fight to block this racist, anti-immigrant question from the census,” demands Daily Kos Liberation League.

But wait: The Census has asked about citizenship since 1820 — 126 years before Trump’s birth. More important, this question appeared on Bill Clinton’s 2000 Census and on all eight of Obama’s annual American Community Surveys (administered by the Census Bureau) in English and in Spanish. All told, Obama and Clinton asked Trump’s same “white-nationalist” question seventeen times!

Trump haters should perform five minutes of research before they slam America’s “racist-in-chief” for doing, at most, exactly what Democrats have done for years.