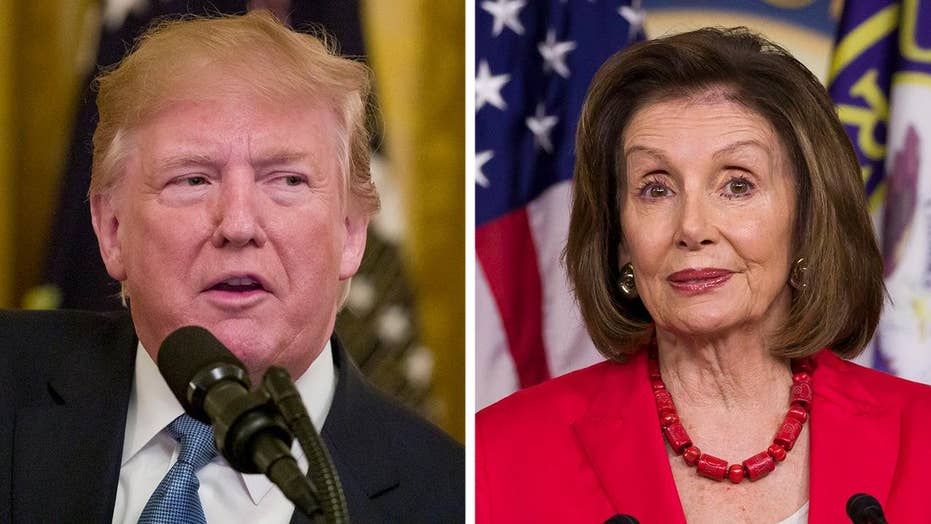 To get this week off to a nation-splitting start, House Speaker Nancy Pelosi, D-Calif., said this on Monday about President Trump’s efforts to ask a citizenship question on the 2020 census: “You know … his hat? ‘Make America White Again.’ They want to make sure that people, certain people, are counted."

Wow! How insulting. Is Pelosi saying that only white people count as citizens?

If a black man like me answers “Yes” to the question President Trump wants to ask — “Is this person a citizen of the United States?” — would that make me white?

Trump never has said anything remotely resembling what Pelosi claims, nor would such a census question diabolically count only white people. Pelosi is either mentally deranged or deliberately lying to suggest such a thing.

Non-Hispanic whites constituted 60.4 percent of America’s population last year, according to the Census Bureau. Among the other 39.6 percent of us non-whites, those who are citizens should be and will be counted in the census. So will those who are non-citizens — legal or otherwise. Nothing would change from how this has been done for centuries.

Census Bureau citizenship questions from 1870 to 2010

Pelosi and her ilk also slap legal immigrants across their faces by arguing that this question will terrify them into hiding from census takers. People who are here on proper visas, green cards and similar documents have nothing to fear. When Democrats posit the contrary, they hurl immigrants who follow the rules into the same “other” pile as those who break into America.

A question on citizenship, naturalization, or nativity was asked, in one form or another, on every census from then until 2010, when President Barack Obama broke a then-190-year-old practice and stopped asking this question.

How warped is Pelosi not to see this?

All respondents to the census — citizens, non-citizens, legal immigrants, and illegal immigrants — are protected by U.S. Code Title 13 § 9(a)(1). This federal statute prohibits the Census Bureau and related agencies from using any individual’s census information “for any purpose other than the statistical purposes for which it is supplied.” This would include Immigration and Customs Enforcement (ICE) actions, such as deportations.

Pelosi also said this Monday about the citizenship question: “It’s really disgraceful and it’s not what our founders had in mind.”

President Thomas Jefferson was one of America’s most prominent Founding Fathers. In fact, he wrote the Declaration of Independence, which Americans celebrated on July 4 — this country’s 243rd birthday.

Jefferson first pushed for a citizenship question on the census. It finally was included in the 1820 census. A question on citizenship, naturalization, or nativity was asked, in one form or another, on every census from then until 2010, when President Barack Obama broke a then-190-year-old practice and stopped asking this question.

Obama did approve asking: “Is this person a citizen of the United States?” on all eight of the Census Bureau’s smaller-sample American Community Surveys when he was in office — in English and Spanish.

If citizenship questions make Hispanics go AWOL, why did Obama, of all people, approve asking this questions eight times — in Spanish?

Determining who is or is not a U.S. citizen has zero to do with any desire to “Make America White Again,” notwithstanding Pelosi’s divisive race-mongering and debilitating paranoia.