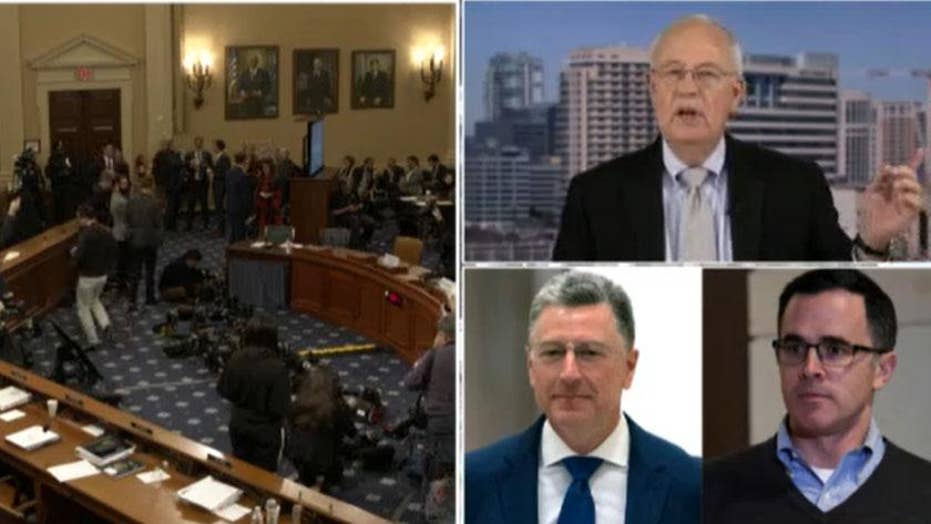 Ken Starr, former U.S. Independent Counsel, says Alexander Vindman and Jennifer Williams are honorable people, but neither was willing to say a crime was committed

If President Trump were facing impeachment on suspicion of grand theft auto, it would be compelling and exculpatory if his alleged victim sped to Capitol Hill, jumped out of his car, and told astonished House Democrats and journalists: “President Trump did not steal my wheels. My Ferrari has been in my garage this whole time. In fact, I just drove it here myself, and it’s parked right behind me.”

Trump-hating Democrats would ignore this development. Trump-loathing journalists would cover it up. And the impeachment fires would blaze away, undeterred, while the left tarred Trump as “America’s car thief in chief.”

This scenario mirrors Ukrainegate: The Ukrainians – whom Trump supposedly pressured, quid-pro-quoed, bribed, or extorted – repeatedly insist that nothing nefarious ever happened.

Consider these pleas from Ukrainians that they never felt abused by Trump and any supposed strings between $391 million in military aid that was temporarily withheld and demands that they investigate former Vice President Joe Biden, his son Hunter, and their ties to the Burisma natural gas company (on whose board Hunter reportedly was paid $50,000 per month to serve) and Kiev’s earlier probes of Burisma.

Trump and Ukrainian President Volodymyr Zelensky discussed all of this in a July 25 phone call, around which Ukrainegate revolves.

So far, there is as much evidence that President Trump bribed or blackmailed President Zelensky as there is that Trump stole Zelensky’s car.