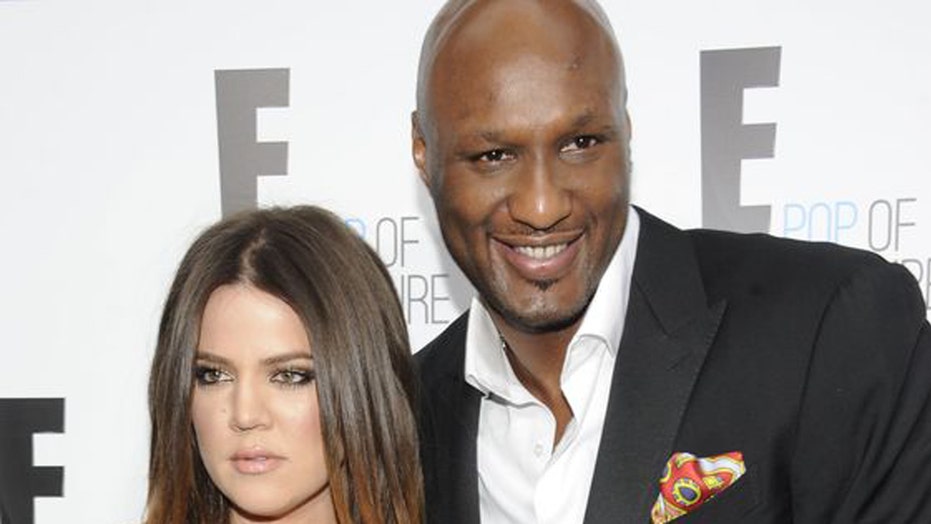 Trouble ahead for Khloe Kardashian and Lamar Odom?

You and I do not know one another. We have never met. Yet I know some of your childhood history from news reports and some of your more recent life history from your having been part of the cast of the reality TV series "Keeping Up With the Kardashians."

First of all, the fact that I know anything about you and that I am writing this uninvited letter to you is worth thinking about. The letter should be immediately suspect to you. It plays off your notoriety. Maybe it courts an audience by courting a connection with you. You should doubt its sincerity and look at it askance.

That’s the gift I am giving you, Mr. Odom. Because that is the problem with your day-to-day existence right now.

Maybe it’s time to call an old friend who never asked you for a dime and ask him to visit.

Because of choices you have made, chief among them the decision to broker your evolving life story as entertainment on reality TV, there is now an air of unreality to every relationship in your life and every one of your actions. Now you have to look at everything askance, and everyone, and even yourself, and that necessity is incompatible with living a genuine and trusting life in which you tap your true intentions and strengths and connection with God.

When you married Khloe Kardashian after dating her for one month, you would have had to wonder, if only subconsciously, whether you were truly loved by her and her family, or embraced as an extraordinarily valuable entertainment and financial asset. If you didn’t wonder about it then, surely you should now, since your marriage also ended up marrying you to cameras that chronicled not only your marriage, but also your career with the Lakers — and turned you and the sport you once loved so much into a sideshow.

Consistent with your reality TV marriage — which might not have been an honest, loving marriage — is it any surprise that all the things you have gravitated to of late are fictions? You reportedly used drugs to distance yourself from the reality of your emotional suffering. Cocaine is an anesthetic — literally. You reportedly used escorts at a Nevada brothel to fuel intoxicating feelings of sexual power and, perhaps, even to pretend at romance. Then you collapsed and nearly died.

You could start over.

It is a miracle of human existence, Mr. Odom, that people can be resurrected in one lifetime — just as Christ was reborn and just as Moses, a flawed man, was chosen by God to manifest unfathomable strength in order to free his people.

In order for you to hope for that resurrection, you would need to run toward your pain, not away from it.

You would need to wonder whether those gut-wrenching events sensitized you exquisitely to loss, made you question whether you were lovable at all and led you to take being traded from the Los Angeles Lakers much harder than you needed to.

The Lakers were never your family, Mr. Odom. Members of that organization may have been personally invested in you, but they were also financially invested. They were making money from you.

The Kardashians may never have been your family, either, Mr. Odom. They were making money from you.

In a small way, I am making money from you, too. My pay at Fox News includes writing this column. That’s why I won’t ever treat you, Mr. Odom.

You would need to find someone who has never used you — not even a tiny bit — and then take a pristine, unadulterated journey to the raw places in your soul. It is a journey you must take in order to save yourself or to be saved.

I have crossed the Rubicon into the world of media and commerce with you, Mr. Odom. We can’t cross back into an unassailable and truthful relationship.

Think about that. Really. Think.

I hear that Khloe Kardashian, after a period of estrangement from you, is now at your bedside, Mr. Odom.

Why do I even know that, if it is true? Who has released that information through public relations channels? Who will broker your collapse and recovery into a television special or a new reality TV series? Who is making your life-and-death struggle pay for them?

To not die, it is time to live the truth, in everything, Mr. Odom.