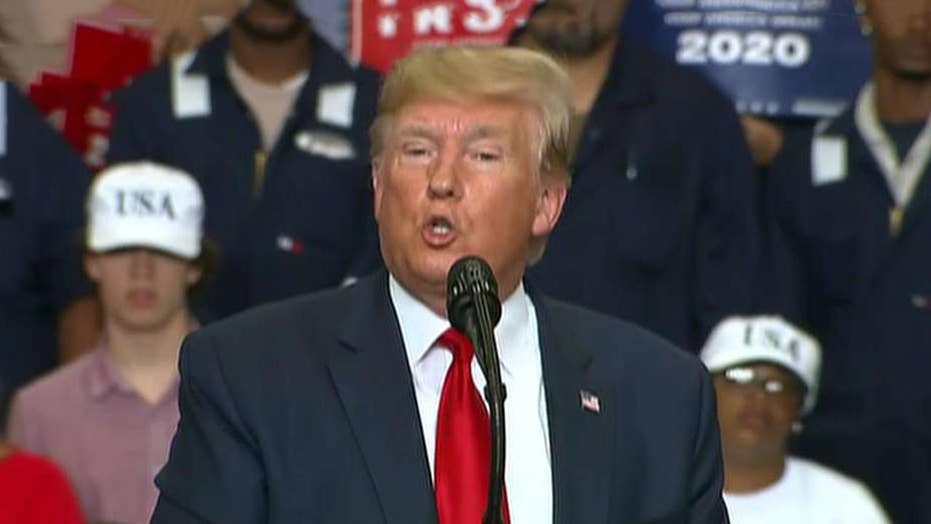 In 2017, attorney Mark Zaid tweeted a 'coup has started' and promised that impeachment 'will follow, ultimately'; David Spunt reports from the Justice Department.

An attorney for the anonymous member of the intelligence community whose complaint about a call between President Trump and the president of Ukraine kick-started the unhinged partisan impeachment witch hunt now underway has been unmasked as a rabid Trump-hater who predicted a “coup” against the president.

As a result, attorney Mark Zaid – who represents the anonymous person now commonly described only as “the whistleblower” – has just become a witness in the case, which is really a Democratic coup attempt to overturn the results of the 2016 presidential election.

A Fox News article published Wednesday exposed Zaid’s furious Twitter tirade against Trump that began just days after Trump’s inauguration in 2017. Zaid tweeted that a “coup has started” against Trump and that “impeachment will follow ultimately.”

Zaid tweeted in response to Obama holdover Acting Attorney General Sally Yates’ defiance of a presidential order over the new administration’s travel ban on people wanting to enter the United States from countries that are incubators for terrorism. The president imposed the ban as a national security measure.

Months after his original January tweet about an anti-Trump coup, Zaid tweeted the prediction that “@CNN will play a key role in @realDonaldTrump not finishing out his full term as president.” As if we needed more proof that CNN is nothing more than an arm of the Democratic National Committee.

In response to these new revelations, President Trump confronted the situation head-on Wednesday by repeating his mantra that the left’s sick obsession with trying to remove him from office is “all a hoax.”

The president is right and has been right all along. The left has been trying to destroy him for three years and will never stop, because they hate him more than they love our country.

On Thursday the president tweeted to call for an end to the impeachment inquiry, writing: “Based on the information released last night about the Fake Whistleblowers attorney, the Impeachment Hoax should be ended IMMEDIATELY!”

The president’s hard shot caused Zaid to issue a weak and defensive statement that read in part: “The coup comment referred to those working inside the Administration who were already, just a week into office, already standing up to him to enforce recognized rules of law.”

Zaid is so impeachment-crazed that he confirmed the existence of a coup in a statement that was designed to deny it.

If House Democrats are going to force the president’s attorney, Rudy Giuliani, to testify in their farcical impeachment investigation, then Zaid is fair game as well.

The American people must hear from Zaid about who he’s been conspiring with on this coup attempt, as well as who is financing the coup attempt and who authorized it to move forward in the first place.

The revelation of Zaid’s tweets comes at a time when the credibility and motives of his client – the anonymous so-called whistleblower – are being justifiably questioned as well.

Allegations have been published that this informant is an anti-Trump partisan who used to work with former Vice President Joe Biden and with Trump-hating former CIA Director John Brennan. This has caused impeachment leader Rep. Adam Schiff, D-Calif. – chairman of the House Intelligence Committee – to backpedal and now claim this all-important figure does not need to testify before his committee.

Every day, it’s becoming more and more apparent that this fraudulent impeachment scam is just a political effort by the Democrats to meddle in the 2020 election because they know they can’t defeat President Trump at the ballot box based on his outstanding record of achievements for the American people.

So instead of simply campaigning to overturn Trump polices – as they are doing every day – the Democrats are also engaging in a dishonest smear campaign against the president with false accusations claiming misconduct that doesn’t really exist.

The impeachment of a president is one of the most serious undertakings our country should be confronted with outside of war.

The American people witnessed how President Trump was attacked by the left over the past three years with the fake Russia collusion story that turned out to be a complete lie. Now they have the right to know if the current impeachment inquiry was born from a political act by bad political actors.

Impeachment must not be a political campaign stunt. Questions suggesting political motivations must be answered in a thorough and transparent way – not swept under the rug.

The American people have had the chance to read the transcript of the call between President Trump and Ukrainian President Volodymyr Zelensky. But it’s quite remarkable that in the midst of this impeachment inquiry over a routine telephone call we still don’t know everyone who listened in on the call.

The people listening to the Trump-Zelensky call are all fact witnesses and their names must be known if there’s going to be a thorough investigation. This is critical information that must be made public without delay.

Let’s remember, the whistleblower wasn’t on the Trump-Zelensky call. He received the information to file his political complaint from someone (or more than one person) who was listening in on the call.

It’s important that Schiff understand that his investigation will never gain any legitimacy without the American people learning about the whistleblower and his motivations, as well as the identity of the person (or persons) on the call who leaked to the whistleblower.

Is it possible that the whistleblower’s informant on the call was from the Ukrainian side?

Of course, the Democrats in Congress want to make everyone believe we must protect the identity of the whistleblower from public disclosure. However, this is not a typical whistleblower case.

This whistleblower is attempting to spark the impeachment of a president who was chosen by 63 million American voters to lead our nation. The accuser’s identity must be made available for public scrutiny.