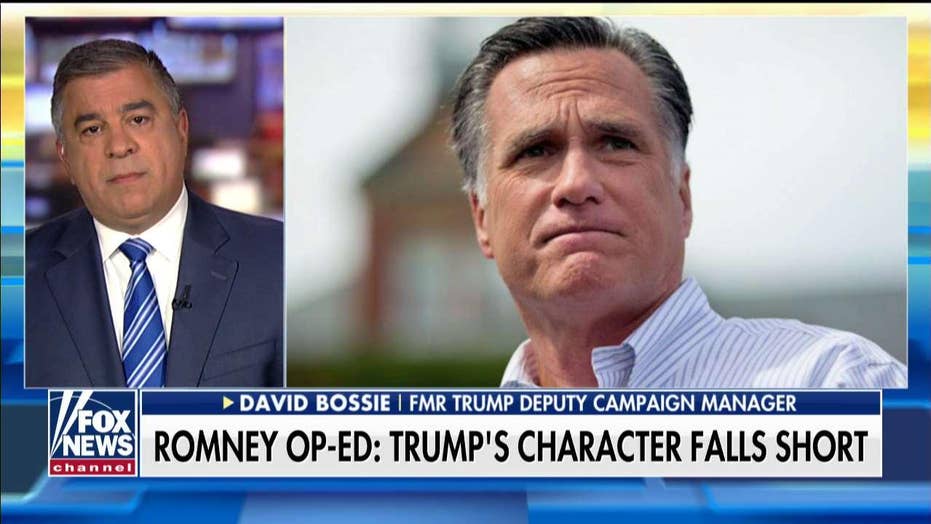 Mitt Romney is just like Hillary Clinton.  Six years later, he’s still upset that he’s not president.  So, instead of coming to Washington as a problem solver like he campaigned, former Massachusetts Governor Mitt Romney chose to start his tenure as Utah’s junior United States Senator as part of the problem.

In the midst of a government shutdown over securing our border, Romney chose to side with Chuck Schumer and Nancy Pelosi by attacking President Donald Trump in an op-ed in The Washington Post instead of offering his opinion about how to solve our illegal immigration crisis and end the shutdown.  Oh Mitt, why am I not surprised?  This behavior is extremely disappointing coming from someone who was the Republican nominee for President in 2012.  Romney should be helping President Trump, not trying out for CNN’s next anti-Trump Republican talking head.

First of all, why did Senator Romney choose the Washington Post for his op-ed? Why not choose a paper in Utah, the state that he represents?  It’s because Romney is a swamp creature more concerned about raising his own national profile than representing the people of Utah.

Sadly, Utah is not Mitt Romney’s number one priority – it’s Mitt Romney. Instead of being a constructive United States Senator like Mike Lee or Orrin Hatch, Romney wants to be the new Jeff Flake; the most obnoxious Republican anti-Trumper in the Senate. Unfortunately, it seems Romney is still getting bad advice from his army of consultants and pollsters.

President Trump was propelled to the presidency by his America First agenda that fights for hardworking American taxpayers and the forgotten men and women in our country.  Mitt Romney couldn’t find these folks with Google Earth if his life depended on it, let alone fight for them.

Here’s the bottom line: Mitt Romney has never sat behind the resolute desk in the Oval Office and he never will, but he needs to get over it and start representing the people of Utah by solving problems alongside President Trump.  His op-ed was a shallow political miscalculation and a pathetic attempt to be the center of attention.

It appears Romney would rather bathe in the Washington swamp that has made him so comfortable for so long instead of taking on the failed status quo alongside President Trump.  He should reconsider; because there’s much work to be done on helping to enact President Trump’s America First agenda.

The new junior Senator from Utah can help secure our border, renegotiate bad trade deals, reform our broken health care system, and work to stop endless wars and other wrongheaded foreign policy decisions – if he believes these things. I hope he does because that’s what his constituents want.

Here’s the bottom line: Mitt Romney has never sat behind the resolute desk in the Oval Office and he never will, but he needs to get over it and start representing the people of Utah by solving problems alongside President Trump.  His op-ed was a shallow political miscalculation and a pathetic attempt to be the center of attention.

Romney should correct his mistake and call the president to offer his opinion on how to end the shutdown and secure our border. There are lots of problems in Washington and the Senate needs problem solvers, not headline grabbers.  Mitt -- be a part of the solution, not the problem.