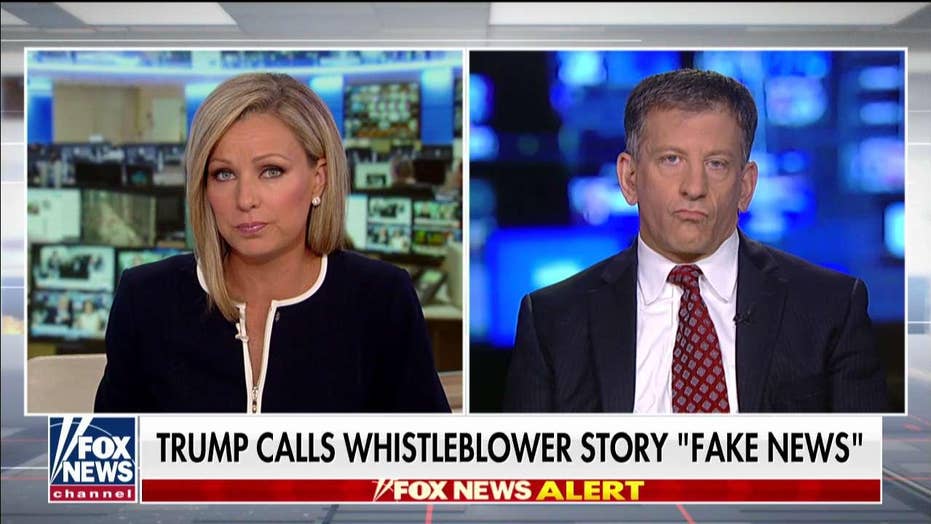 Daniel Hoffman reacts to firestorm over whistleblower complaint against Trump

At this year’s U.N. General Assembly, President Trump plans to meet with Ukrainian President Volodymyr Zelensky. Ukraine has been thrust prominently into the news during the past few days, following revelations about Trump’s July 25 telephone conversation with Zelensky, which focused on corruption and allegedly included references to Vice President Biden and his son Hunter.

While the Biden saga has now turned into an even bigger story the overarching foreign policy issue hanging in the balance is whether Zelensky can successfully reduce the endemic corruption, which calls into question Ukraine’s reliability as a trading partner and ally.

The recent election of Zelensky should be a source of optimism for the people of Ukraine and political leaders in the West. Both in his campaign and since taking office, President Zelensky has been clear that he will champion much-needed reforms within Ukraine. He has called for abolishing parliamentary immunity, ending the moratorium on private land sales and halting corporate raids by state law enforcement.

These serious initiatives demonstrate that an election result, which many viewed as a punch line (because Zelensky was a comedian before he won the presidency) is really no joke.

A wealthy former politician, Kolomoysky may not be a household name outside Ukraine. But he is infamous in Ukraine for having owned – and then lost to nationalization – the country’s largest bank, Privatbank. The lending institution was taken over at the instance of the Central Bank because of billions of dollars in unaccounted-for loans.  The U.S. attorney’s office in the northern district of  Ohio, along with the FBI are investigating Kolomoisky. Kolomoysky, who owns the 1+1 television channel on which Mr. Zelensky starred in his TV sitcom Servant of the People, has been exercising some influence on the staffing of the new Zelensky administration.

Kolomoysky has been accused of:

In Ukraine, some of Kolomoysk’s associates have been inserted into prominent positions of power in government. This starts near the top with the hiring of Andriy Bohdan, Kolomoysky’s former lawyer, as chief of staff to President Zelensky. Critics have growing concerns that Kolomoysky will continue to bend policy to his favor by placing additional personnel in key positions. Kolomoysky allies hold key anti-corruption positions in government.

The Zelensky presidency has gotten off to a better start than many had anticipated. After all, he comes from a very non-traditional background that includes starring as a fictional president of Ukraine on TV. He would have been given the benefit of the doubt if he had stumbled soon after taking office, but he did not. Instead, his lack of political experience appears to be liberating him.

Perhaps the most iconic photo of President Zelensky shows him holding his two thumbs up in the air. It’s an image that presents optimism for the brighter future Ukraine dearly needs.  Mr. Zelensky appears to be standing firm against additional Russian interventionism, which U.S. and western allies support.

But questions remain on the corruption front. In particular, accusations surrounding Kolomoysky – and accusations that Mr. Zelensky is a “puppet” of his oligarch associate and supporter – are inviting scrutiny and skepticism that could impede economic and political progress. Mr. Zelensky should consider the value of reassuring his voters and the world community about his political independence and dedication to economic reform.

Russia weaponizes corruption, using it as a means to gain influence over other countries. For Zelensky corruption is a national security issue of the highest priority.

Make no mistake, Kolomoysky and other Ukrainian oligarchs should have the opportunity freely and fairly within the bounds of Ukrainian law to pursue their business interests.

Focused on getting the best return on our investment including the recent tranche of aid the U.S. approved, President Trump will surely be making his own assessment of whether Zelensky is truly committed to rooting out corruption.

Here’s hoping, amidst all the partisan scrum over the Biden story, that we will still keep our attention on holding Zelensky accountable for delivering the anti-corruption platform he promised during his campaign, and his country deserves.