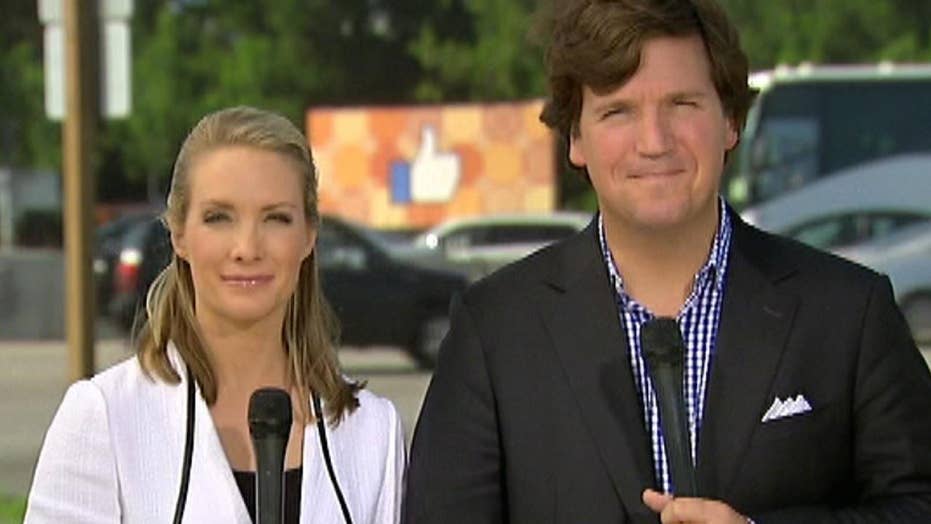 Wednesday, I participated in Facebook’s meeting with conservatives at the company’s headquarters in Silicon Valley.

Even though I did the round trip in a little more than 24 hours, the West Coast feels a long way away from New York City. Geographically and culturally.

The Facebook setting is so different from the work environments I’m used to, including its open floor plans to encourage the constant flow of creativity and its casual nature. The place is calm, but I had the feeling cool stuff was happening.

It’s different and, I’ll admit, a bit unnerving for someone who likes structure. But it’s also really neat. It’s powerful. And they know it.

Facebook invited 16 conservatives to a meeting it described as long overdue. Over time, the trust between conservatives and the company has been eroding.

Last week’s accusations from a former contract employee about the alleged  practice of suppressing conservative viewpoints and news stories in its Trending Topics feature was the spark that lit a fire.

The meeting was an attempt to put the fire out and to begin to rebuild trust with the conservative community.

This was a meeting where two bubbles collided: one of conservative media and activists and the other of the world of Facebook.

I went to the meeting with an open mind and a lot of curiosity. The Facebook executives we met with greeted us with humility and the admission that they need to do a better job.

Overall, the meeting went well. Here are my five takeaways:

1. Facebook recognized that it’s lost trust with conservatives and it is genuinely serious about fixing it.

While some in the conservative media worried that this meeting would be an insincere gesture and a mere photo-op (there were no cameras), the main company executives present -- including Facebook CEO Mark Zuckerberg -- could not have been more genuine.

It was very clear that Facebook does not take these allegations lightly, and they acknowledged a real trust deficit with their conservative partners and users.

I left feeling assured that Facebook would be working to repair relationships amidst the damaging allegations and to reestablish credibility in the conservative community about its commitment to inclusivity and neutrality.

Wednesday’s meeting was a civil environment where everyone had the opportunity to voice their opinions, concerns, and questions.

Imagine a meeting in 2016 where 16 different conservatives – representing all the different viewpoints we have – get along really well and are reminded of our common principles. (Maybe we should have the convention in Silicon Valley? OK, maybe in 2020).

Everyone had a chance to speak and did so frankly. And respectfully.

Zuckerberg and his team did way more listening than talking, which left the door open for a meaningful conversation. And, despite the uncomfortable temperature in the room (the power went out in the headquarters just as the meeting started), Zuckerberg kept the meeting going for an additional 20 minutes so that everyone had a chance to speak and get their questions answered or ideas raised.

3. Face-to-face is best for establishing trust.

Zuckerberg immediately acknowledged that this meeting was one he should have started long before.

He was right – and we can meet him halfway on that. But the fact that he invited all of us to Facebook’s headquarters allowed everyone to voice their concerns and opinions to each other in one room, face-to-face. That showed an immediate level of respect from Zuckerberg and his team, and the same was true of the conservatives that were there.

The conservatives were prepared, specific, smart, and creative.  This is an important thing to remember in business relationships, and even personal relationships.

4. Employment diversity is not limited to gender and ethnicity.

Facebook -- and Silicon Valley in general -- takes pride in their commitment to diversity among their employees. But a point that was made yesterday is that diversity in thought and opinion is critical as well for a well-rounded company.

Gender diversity and ethnic diversity are not the only ways to diversify, and Facebook clearly lacks conservative staffers. The company did not disagree.

Social media as a whole has been a boon for conservatives. Never before could a conservative reach that many people without a mainstream media filter.

Since the company has admitted it needs to do better, let’s take them up on that.

We can offer specific solutions and bring creative ideas. We can pick up the phone or get on a plane and meet with people – I found them to be reasonable and approachable. This may not always be the case, but it is the situation we have right now.

Conservatives want Facebook to be more responsive, and we are pushing on an open door. Let’s walk through it.

Being a conservative means fighting for individual liberty, freedom of expression and markets and for less government interference in our lives. By all accounts, a majority of Americans agree with those principles.

We should use all available tools at our disposal to spread that word and build a stronger conservative movement in the United States and around the world.

Author's note: Click here to read more about why I am a conservative.