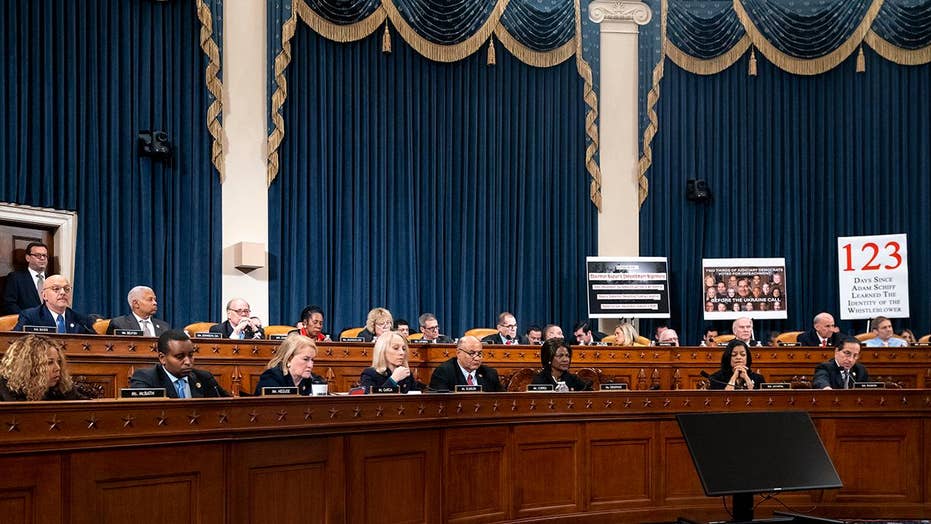 'MediaBuzz' host Howard Kurtz breaks down the media's portrayal of the Democrats' impeachment process versus the IG report.

American journalism experienced its worst year ever in 2019, marked by bias, hatred and incompetence in the left-wing media.

From coverage of the phony Russia collusion narrative, to the hit job on Covington Catholic High School students, to the media-led impeachment fiasco, the year was one of unparalleled bias.

The year was the “Cats” of journalism – filled with stars and promise, but ultimately both creepy and embarrassingly bad. (Those of you who just pictured NBC Political Director Chuck Todd dressed as a cat can thank me for that lasting “Memory.”)

Unfortunately, we can expect journalism to get even worse in 2020, as the anti-Trump media do whatever they can to keep the president from being reelected.

As we end 2019, we can look back at these seven worst media failures:

President Trump’s impeachment wouldn’t have happened without an activist press leading the way.  House Speaker Nancy Pelosi, D-Calif., said repeatedly she didn’t want to impeach Trump, knowing that the Republican-controlled Senate would never convict him and realizing the pointless exercise would hurt Democrats in the 2020 election.

Bit Democrats bowed to their most-strident supporters – journalists. This is why the news media celebrated the impeachment across nearly all outlets. And the allegedly neutral Washington Post political staff sent out a “Merry Impeachmas” tweet while they sat around with drinks, guacamole and smiles.

But now even some journalists realize they might have gone too far. Todd told the MSNBC audience that he was worried Trump would get out of jail free, just like O.J. Simpson: “I’m having a quick flashback to the O.J. trial,” he said.

The left-wing media hate Trump more than they hate anyone. It’s the foundation of everything they do, from Twitter snark to promoting the bogus impeachment.

Left-wing journalists have repeatedly compared Trump to the worst people in history.

MSNBC host Donny Deutsch told viewers that Trump had “so many stunning parallels to what Hitler was doing in the early ’30s.” Then he added one of the memorably stupid comments of 2019: “I’m not saying Trump is going to slaughter 6 million Jews, but …”

The media also hate Trump supporters. CNN Chief Media Correspondent Brian Stelter is one of many journalists who have referred to Trump voters as the “Trump cult.” He even inquired if the president was using “mind control.”

The worst of Times

The New York Times made news the wrong way when the paper ran a legitimate headline about Trump in August. The headline in the print edition of the newspaper was only five words: “TRUMP URGES UNITY VS. RACISM.” (Yep, he did.)

Even its own staff. New York Magazine and HuffPost Contributor Yashar Ali tweeted that Times staffers “feel like their hard work is being sullied by a horrible headline.” They blamed it Executive Editor Dean Baquet.

Baquet caved first on the headline. The Times changed it in later editions to “ASSAILING HATE BUT NOT GUNS.”

Then Baquet tried to mollify his staff by saying that the new narrative at the paper would be to hype racism, which we’ve already seen in the paper’s much-criticized 1619 Project.

Few incidents show the collapse of journalism ethics more than ABC’s attempt to hype Turkey’s attack on the Kurds in Syria. The goal appeared to be to embarrass President Trump – who had pulled U.S. troops from the Kurdish-controlled portion Syria – and possibly draw the U.S. into war.

Only it wasn’t. It was from a nighttime machine gun shoot held by a Kentucky gun range. The president mocked the “FAKE footage.” ABC apologized. But it ran the apology on its website and viewers never knew how badly the network fed them false information.

The same media pros who freak out when anyone dares criticize teenage climate activist Greta Thunberg were quick to slam an entire high school. Journalists especially blamed student Nicholas Sandmann for a confrontation that happened in January.

The Covington Catholic High School student was confronted by Native American activist Nathan Phillips, who began to beat a drum right in front of the teen’s face.

Several journalists and news outlets blamed Sandmann, even though he did nothing wrong. He was accused of the grand crime of smirking! CNN anchor Chris Cuomo called the Covington students “victims of their own choices.”

The journalistic witch hunt was based on a selectively edited video and the fact that Sandmann was wearing a “Make America Great Again” hat. The horrendous news coverage spawned multiple, well-deserved defamation lawsuits.

That all crashed to Earth when Avenatti was charged for attempting “to extort more than $20 million from Nike,” wrote CNN. It was a huge fall from grace for the CNN and MSNBC favorite guest.

Avenatti appeared on TV news a whopping 254 times in a year  including 121 times on CNN and 108 on MSNBC. In one incredibly embarrassing 2018 interview, CNN’s Stelter even touted Avenatti as possible presidential timber.

The Russia collusion narrative ran smack dab into reality this year. Journalists who spent at least 2,284 minutes on TV claiming the president was working with or for an American enemy failed to deliver any proof of their ridiculous claims.

As Politico explained: “Media stares down 'reckoning' after Mueller report underwhelms.” That was an understatement. It was a complete disaster – so bad that even prominent liberal journalists called out the media.

The Intercept’s Glenn Greenwald summed up the media’s failure: “This was the single biggest story the US media fixated on for *3 years* & got the crux of it totally & completely wrong in a very damaging way.”

Unfortunately, journalists haven’t learned a darn thing. And that summarizes 2019 as well as anything.