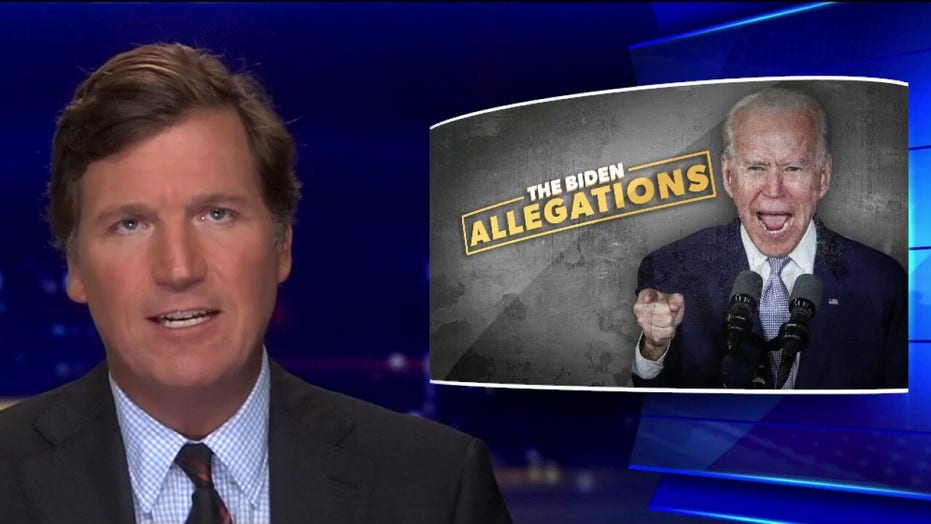 Tucker drops 'irony bomb' on Biden: What if Title IX standards applied to him?

In the wake of Tara Reade's allegation that former Vice President Joe Biden sexually assaulted her when he was a senator in 1993 – an allegation that Biden strongly denies – he and his supporters have finally got it right when it comes to assessing claims of sexual assault.

Significantly, the position Biden now holds is based on the same philosophy behind the U.S. Education Department regulations released Wednesday that will govern how institutions of higher education and K-12 schools handle students' accusations of sexual misconduct.

Biden and his backers now say that when a sexual misconduct allegation is made, the accuser needs to be heard and respected. But importantly, the accuser’s claims need to be subject to rigorous investigation free of any presumption of guilt. After all, our entire justice system is based on the principle that anyone accused of a crime is presumed innocent until proven guilty.

The purpose of the new Education Department rules – issued under the authority of the federal anti-discrimination statute known as Title IX – is to ensure that "every survivor of sexual violence must be taken seriously, and every student accused of sexual misconduct must know that guilt is not predetermined," Education Secretary Betsy DeVos said.

In order to ensure that guilt is not predetermined, the rules guarantee due process for accused students – something that was sorely lacking under the Obama administration's 2011 guidance on the same topic.

The new due process requirements for universities include: the presumption of innocence; written notice of the allegations; an opportunity for the accuser and accused to review the evidence; a live hearing; an impartial decision-maker; and the right of the accused and accuser to each be represented by an adviser who can cross-examine and challenge evidence, subject to the typical "rape shield" exceptions.

The accuser is also protected from having to come face-to-face with the accused during the hearing and is not required to divulge any medical or psychological records. Schools are required to respond promptly to all reports of sexual misconduct and to investigate all complaints filed.

The new rules also increase transparency. Colleges are required to disclose the materials used to train their Title IX staff. Transcripts or recordings of hearings must be kept and made available to the parties. And the parties cannot be prohibited from speaking about the allegations.

Compare that to the Obama administration guidance. The guidance came in a "Dear Colleague letter" that did not go through the notice and comment process required for regulations and was withdrawn in 2017. The letter encouraged schools to deny due process protections to accused students – even when they faced expulsion – and mandated the lowest possible standard of proof for conviction.

As a result, accused students were commonly denied the presumption of innocence and even access to evidence favorable to their defense, as well as the details of the charges against them.

The 2011 letter was inspired by the same "women need to be believed" mantra that we've been hearing from Democrats and their allies until very recently. The most notable example came when Christine Blasey Ford alleged now-Supreme Court Justice Brett Kavanaugh had sexually assaulted her when both were teenagers. Exactly like Biden, Kavanaugh vehemently denied the allegation against him.

Biden's take on Ford was typical of comments Democrats made during Kavanaugh’s Senate confirmation hearing for a seat on the Supreme Court: "You’ve got to start off with the presumption that at least the essence of what she’s talking about is real, whether or not she forgets facts," Biden said.

Hence, it's not surprising that Democrats liked the Obama guidance, despite their traditional support for due process (even for illegal immigrants), and attacked Secretary DeVos' proposal for new rules in November 2018.

One of the critics of the proposed new rules was Joe Biden, who championed the 2011 guidance as vice president. This is an interesting stance for someone whose inappropriate touching could easily lead to a Title IX hearing if he were a student.

House Speaker Nancy Pelosi, D-Calif., joined in the criticism, characterizing the proposed Education Department rules and their due process guarantees as "utter contempt for survivor justice."

Yet those same Democrats and their countless like-minded colleagues are now calling for due process for Joe Biden, the presumptive Democratic nominee for president in the November election.

Addressing the allegation against Biden, Pelosi paid lip service to "the idea that women will be heard and be listened to," but added that "there’s also due process.”

Milano responded to the allegation with a sudden realization, saying: “So we have to find this balance in the 'believe women movement' and also giving men their due process. And, you know, realizing that we're destroying lives, if we publicly don't go through the right steps in order to find out if an accusation is credible or not.”

Even Biden was not afraid of looking like a hypocrite. Asked about the allegation against him on MSNBC, he qualified "believing the woman" by adding "then it's vetted, looked into.”

Given this change of heart in recent weeks, Democrats and their allies might have rethought their opposition to the new Title IX rules. But the early indications, following Wednesday's release of the finalized regulations, indicate otherwise.

Biden immediately denounced the rules, saying they would “strip survivors of their rights,” and vowed to reverse them. Similarly, Sen. Patty Murray, D-Wash., said "this rule is not about ‘restoring balance,’ this is about silencing survivors."

You'd think that Joe Biden would finally understand that only a fair adjudication process can determine which party in an alleged sexual assault is the true survivor of an injustice.

Instead, Biden, Murray and their colleagues continue to mischaracterize due process, the linchpin of American justice, as "silencing" the accuser – at least when the person who is accused is not a prominent Democrat.