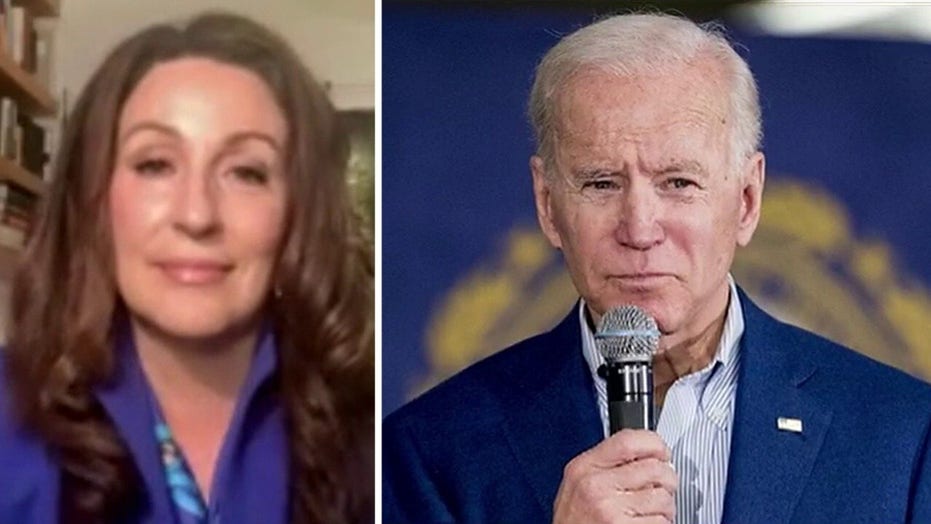 Miranda Devine: Biden helped bring in #MeToo movement and is collapsing with it

Joe Biden is the apparent Democratic presidential nominee. After all, he had a seemingly insurmountable lead in delegates going into the rescheduled August convention in the postponed Democratic primary race.

Biden was winning the nomination largely because he was not the socialist Bernie Sanders, who terrified the Democratic establishment.

Biden was also not Michael Bloomberg. The multibillionaire former New York City mayor jumped into the race when Biden faltered and Sanders seemed unstoppable. But Bloomberg spent $1 billion only to confirm that he was haughty, a poor debater and an even worse campaigner. He often appeared to be an apologist for China and seemed clueless about the interior of the United States.

MICHAEL GOODWIN: CORONAVIRUS AND NURSING HOMES — CUOMO, THIS NY TRAGEDY IS ON YOU

The least offensive candidate left standing was Biden. Many Democratic primary voters initially had written him off as an inept retread, a blowhard and an impediment to the leftward, identity-politics trajectory of the newly progressive Democratic party.

Long ago he spun tall tales about how in his youth he had taken on a Delaware street gang with a 6-foot chain or slammed a bully’s face into a store counter. More recently, he taunted President Trump with tough-guy boasts about taking him behind the proverbial gym and beating him up.

Biden has been unable to keep his hands off women. Even his supporters cringed when he was seen sniffing the hair, rubbing the shoulders or whispering into the ears of unsuspecting females, some of them minors. Stranger still, Biden waxed on about his commitment to the #MeToo movement. The handsy Biden has insisted that women who made accusations of sexual harassment must be believed.

The more House Democrats attacked Donald Trump for supposedly pressuring Ukraine to investigate Biden’s wheeler-dealer son Hunter, the more Biden’s own suspect dealings with Ukraine surfaced. Such scrutiny followed from Biden’s boast, caught on video, that he had leveraged Ukraine by threatening to withhold $1 billion in loan guarantees unless a Ukrainian prosecutor was fired. That prosecutor had wanted to investigate the Ukrainian company for which Hunter Biden worked.

During the year-long rise, fall and rise of his campaign, the 77-year-old Biden often appeared confused. He was occasionally unable to remember names, places or dates. Biden would try to speak extempore but seemingly forget what he was trying to say.

The coronavirus epidemic and subsequent lockdown seemed to offer rest for Biden. But the more he recuperated from campaigning and sent out video communiques from his basement, the more he appeared to confirm that his problem was not simple exhaustion or age but real cognitive impairment.

With the Democratic nomination a lock, Biden assumed liberal reporters would allow him to campaign as a virtual candidate. They would forget his lapses and ignore prior controversies, including the sexual assault allegations by Tara Reade, a former Senate aide.

At first the media complied — as it always had with Biden’s troublesome habit of violating the personal space of women, his bizarre put-downs on the campaign trail, his exaggerated he-man stories, his mental lapses and his dealings with Ukraine. Again, to the Democratic establishment, Biden was far preferable to Sanders. Had the socialist Sanders won the nomination, he likely would have wrecked the Democratic Party in 2020.

suddenly the press decided that Biden was no longer worth shielding. Yet the change of heart was not entirely for fear of appearing hypocritical.

But Biden misjudged the liberal media. Reporters were at first willing to overlook his liabilities. But the more Reade persisted in her accusations and the more the media ignored them, the more embarrassing the media’s utter hypocrisy became. Journalists had torn apart Supreme Court nominee Brett Kavanaugh over allegations of sexual assault, after all.

So suddenly the press decided that Biden was no longer worth shielding. Yet the change of heart was not entirely for fear of appearing hypocritical. Rather, the media seems terrified of Biden’s increasingly obvious cognitive decline.

In other words, the media was most certainly not going to be degraded on behalf of a nominee who may no longer seem viable.

In the three months before the Democratic National Convention, Americans will witness some of the strangest political scrambling in presidential campaign history. Simply put, how does the Democratic Party cut from its neck an albatross — one who has the most delegates but is likely not up to serving as president?

And how to do the deed without inciting the moribund Sanders campaign and his army of Bernie bros?

A host of Democratic donors and operatives would like Biden to disappear, clearing the way for a replacement such as New York Gov. Andrew Cuomo, failed 2016 nominee Hillary Clinton or former first lady Michelle Obama.

But even if Democrats know why Biden must go, they haven’t a clue about when or how.