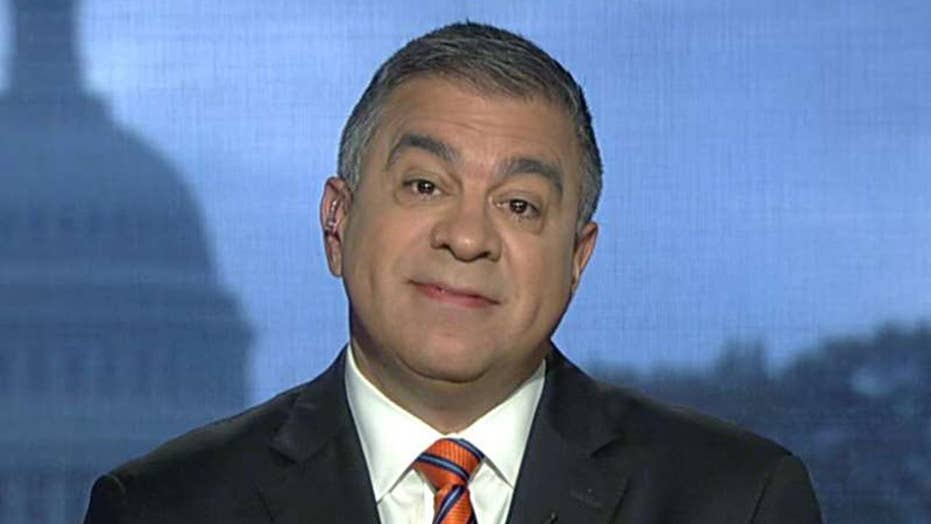 Congress on right track to get tax reform before Christmas?

The American people are anxious for our elected officials in Washington to end their rancor and dysfunction and start accomplishing things.

A recent Gallup Poll asked whether Americans preferred leaders who compromise to get things done, or ones who stick to their principles – even if little gets done. The problem solvers were favored over the obstructionists by 54 percent to 18 percent.

Washington is being given yet one more opportunity to prove it can do something substantive before positioning for the 2018 midterms overwhelms everything.

The House recently passed its version of a tax cut bill and the Senate is aiming to do the same as soon as Thursday. The Senate bill, however, is being tied to the thorny issue of health care, looking to repeal the mandate for individuals to have health insurance.

Rather than tread back into that riptide, our leaders in Washington should look to tie tax reform to an issue where there is a greater degree of common ground: infrastructure investment.

In May, members of the House Problem Solvers Caucus, which features 46 members – half from each political party – announced their willingness to work on a bipartisan deal combining tax reform with infrastructure investment.

What’s best for the country is not a tax reform effort that mirrors this year’s health-care “debate,” in which one party (the Republicans) tried repeatedly to ram through a repeal with only GOP votes. Democrats were mostly content to sit on the sideline throwing stones. That’s not leadership by either party.

Although congressional Republicans are trying to push through a tax bill by the end of the year – likely relying on only GOP votes – a razor-thin and fractious Senate majority could once again doom them to failure. With Sen. Ron Johnson, R-Wis., already announcing his opposition to the latest Senate tax bill, the all-Republican path just got even narrower.

If leaders on either side are really interested in governing – as opposed to posturing and futile gestures – there is actually an opening for a broad bipartisan and transformative tax plan that reflects favorably on both parties and most importantly helps grow the economy and creates jobs.

For starters, the public agrees it is time. In the most recent Harvard-Harris poll, 89 percent of voters say that the country needs tax reform.

Among the countless problems with the current tax code: It’s complex. It’s unfair. Most of the deductions and loopholes benefit upper income individuals and businesses. And, it’s uncompetitive, with a corporate tax system that actively discourages investment in the U.S.

The logic of combining tax reform and infrastructure investment into one legislative package makes more sense the more you look at it. Due in part to the United States’ bizarre, arcane tax code, U.S. companies are estimated to have between $2 trillion and $3 trillion in profits parked overseas.

Done right, tax reform could bring a big share of this money home for investment here. The new tax revenue could be used to fund major infrastructure investments in new roads, better air travel, an updated power grid and other priorities, which according to the same Harvard-Harris poll, enjoys 84 percent public support.

Politically, a tax and infrastructure package gives Republicans and Democrats something they – and we, the American public – all want.  That is how legislative deals are supposed to be done in the first place.

It isn’t just the Problem Solvers Caucus that has endorsed this idea. In 2015, House Speaker Paul Ryan and now Senate Minority Leader Chuck Schumer were reportedly closing in on a deal that would have combined tax reform and infrastructure investment.

Last spring, President Trump said he would be open to a similar package as well.

So, what’s standing in the way of this deal happening? Nothing, other than bad habits and blind partisanship.

It isn’t too late for leaders in both parties to reach a deal if they are willing to try. Capitol Hill Republicans would do well to listen to Senate Finance Committee Chairman Orrin Hatch, who recently said “it's going to take a lot of cooperation of both Democrats and Republicans" to get a tax deal done.

Hatch would know. He is one of the few members of Congress who was there in 1986, when Congress last passed a comprehensive tax reform package. That bill passed 97-3 in the Senate, an almost unimaginable margin in today’s bitterly divided capitol.

Too often, agendas in Washington get hijacked by the extreme right and left, who do not always have the best interest of all citizens as their highest priority. Most of those in government are there for the right reasons, but the extreme wings of the parties are giving everyone a bad name.

Well, here’s a chance for our leaders to get their good names back. The American people keep sending a simple message: Please give us governance instead of more empty gestures.

Is anyone in Washington listening?