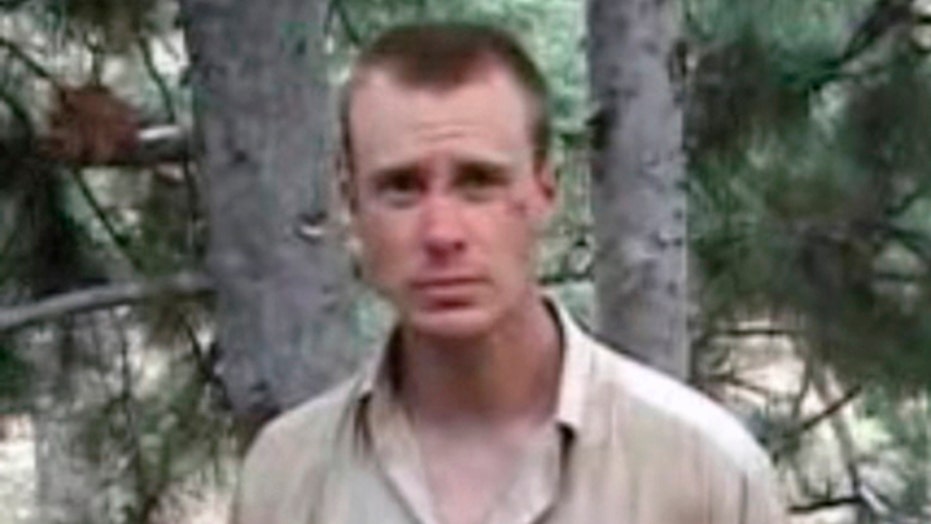 Press too cautious on Bergdahl story?

Your Buzz: Bob in Illinois has a prediction

The administration’s decision to release five top Taliban leaders in exchange for Sergeant Bowe Bergdahl without consulting Congress violated the clear language of two laws and has put American lives in more danger.

This is not an issue of partisan politics. Congressional leaders on both sides of the aisle have expressed concern about how this exchange was handled. Nor is it about what kind of soldier Sergeant Bergdahl may have been. I trust the Army will handle that matter appropriately. This is about an administration that ignored a direct requirement to consult with Congress and provide a detailed explanation before releasing dangerous detainees back into the field, where they will likely resume combat against our men and women in uniform and our allies in Afghanistan.

And that’s not just my opinion—it is the administration’s own assessment.

In a hearing before the Senate Armed Services Committee in 2012, the president’s Director of National Intelligence, James Clapper, reiterated a 2010 administration assessment that these five Taliban leaders posed a high risk of returning to the fight. On this point, Director Clapper did not equivocate, saying, “I do not think anyone harbors any illusions about these five Taliban members and what they might do if they were transferred.”

These men were senior members of the Taliban. They include the Taliban Deputy Defense Minister, Deputy Minister of Intelligence, and Minister of the Interior. Some were closely associated with Usama bin Laden or Al Qaeda. Two are wanted by the United Nations for war crimes.

Yet despite these red flags—which, according to reports in the press, were reiterated during internal White House debates over the transfer—President Obama released these men anyway. And he did so in violation of a clear requirement that he consult with Congress before releasing detainees housed at Guantanamo.

This requirement was put in place precisely to avoid the situation we now face. It requires the President to explain the basis for a release, why it is in the country’s national security interest, and what actions the Administration will take to ensure that released detainees do not return to threaten American lives.

Had the president followed this requirement—one that he signed into law as part of the 2014 National Defense Authorization Act and the Consolidated Appropriations Act of 2014—then many of the dangers posed by this decision could have been avoided altogether.

The Taliban have reacted to the release of their top commanders with celebration. Taliban supreme leader Mullah Mohammad Omar—who currently has a $10 Million reward on his head for his role in the September 11 terrorist attacks—called the transfer “a great victory” in the ongoing Afghan war.

Because make no mistake—the war is ongoing. Already this month, eight American servicemen have lost their lives in Afghanistan. One can hardly doubt that the administration’s decision to release these Taliban leaders will put more American lives at risk.

We must not be blind to the fact that the Taliban aims to regain as much power as they can in Afghanistan and Pakistan. That means a return to oppression, human rights abuses, the suppression of women’s rights, and most importantly, the complicit harboring of their ally, Al Qaeda. We have just returned to them their leadership team to help achieve that aim.

This president seems laser focused on washing his hands of Afghanistan as quickly as possible. The deteriorating situation in Iraq demonstrates what can happen when we rush to the exits.

I have introduced a resolution in the United States Senate that makes clear that the law was violated, and calls for an investigation to determine what led the administration to take this dangerous step and to assess its long-term impact on our national security and the success of our mission in Afghanistan.

If Congress does not take action, I fear that the president’s tendency to unilateral action will continue to undermine our national security with far-reaching consequences we cannot yet anticipate.

When asked about the administration’s decision to release these men, the president’s National Security Adviser Susan Rice, indicated that this was just one more step towards fulfilling the President’s pledge to shut down Guantanamo Bay. She explained, “We have a commitment to close Guantanamo Bay. The president's been very clear about that.”

Guantanamo exists for a reason. It houses some of the worst terrorists in the world, many of whom still harbor a desire to strike against our country. Men like Khalid Sheik Mohammed, the principle architect of the 9-11 attacks; Riduan Isamuddin, mastermind of the Bali bombing that killed 200 people, including 7 Americans; and Ramzi bin al-Shibh, a high-ranking al-Qaeda operative who coordinated the 9-11 attacks.

We should be able to trust that the White House will make its highest priority ensuring that these men and others like them are never again free to commit terrorist acts against innocent people.

The decision to release high-ranking members of the Taliban—while the fight against the Taliban continues—has shaken that trust.

Congress has a responsibility to get to the bottom of how this could happen and to ensure it does not happen again. The stakes are simply too high to do otherwise.