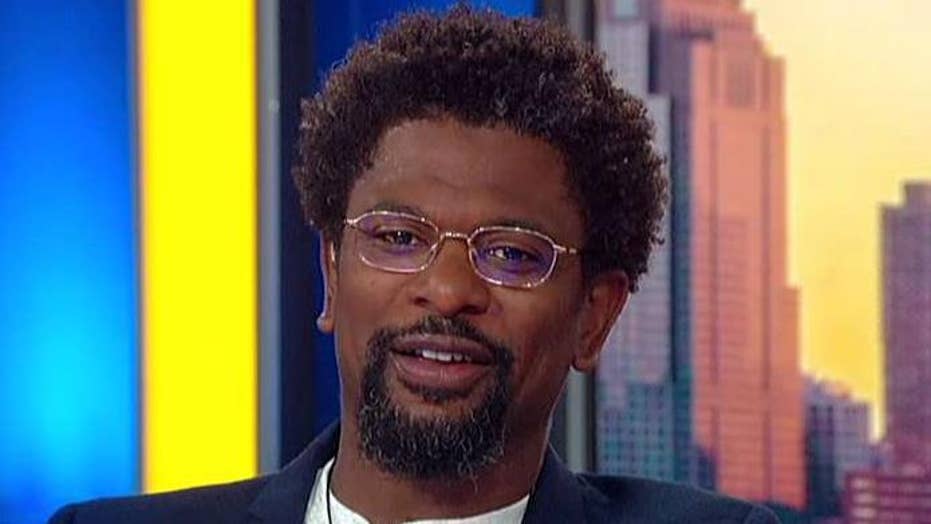 Black unemployment stays at a record low for September 2019

Democrats are making more and more false accusations against President Trump as they desperately try to convince the American people and members of Congress that he should be impeached. One false accusation that I find particularly disturbing is the claim that the president is a racist.

I’m an African-American man who strongly supports President Trump, despite criticism I’ve faced for going against the stereotypical view that all black people should support Democrats and oppose Trump and his fellow Republicans.

No, I’m not an Uncle Tom. No, I’m not pro-Trump because I’m being paid off or think it’s a good career move.

I proudly stand behind the president because he’s done more for African-Americans than any president in my lifetime, and also accomplished many other things on a broad range of issues that benefit Americans of all races and ethnicities.

I realize most of my fellow black Americans don’t share my views on Trump. In the 2016 election, exit polls show he received only 8 percent of the African-American vote – 2 percent more than Mitt Romney in 2012, but still far too low. He deserves much greater support in 2020 as the result of all he has accomplished in office.

The low level of support Trump received in 2016 was not the result of his policies. It was the result of Democratic propaganda – supported by most of the media – that has claimed for decades that Democrats do more than Republicans to improve the lives of black people. But in fact, nothing could be further from the truth.

I proudly stand behind the president because he’s done more for African-Americans than any president in my lifetime, and also accomplished many other things on a broad range of issues that benefit Americans of all races and ethnicities.

While Democrats make big promises to African-Americans every election season, campaign in our churches and work feverishly to get our votes, they have failed to deliver. The sad truth is that Democratic promises haven’t erased the big gaps in income, educational attainment, savings, homeownership and other important areas that find black Americans lagging behind white Americans.

Common sense tells us that it serves our self-interest to give Republicans and President Trump the chance to succeed where Democrats have failed. And the more African-Americans vote for Republicans, the more elected officials in both parties will have to work to deliver on their promises to win our support in future elections.

Like all Americans, African-Americans benefit from the booming Trump economy, historically low unemployment (including record-low unemployment for black people), rapid job creation, the revitalization of manufacturing, and the elimination of needless government regulations that kill jobs and hinder economic growth.

African-Americans have specifically benefited by the president’s strong support for historically black colleges and universities, including a 14.3 percent increase in federal funding; the restoration of year-round Pell Grants to help low-income students attend college in the summer; his work to lower mandatory minimum federal prison sentences for non-violent offenders under the First Step Act that he signed into law; and the creation of Opportunity Zones that benefit low-income communities, to name just some of his accomplishments.

"African-Americans built this nation through generations of blood, sweat and tears, and you are entitled to a government that puts your needs and families first," President Trump has said. These are not the words of a racist. They are the words of a president who wants to open the door to the American Dream to everyone willing to work hard and build a better life, regardless of race.

Ja’Ron Smith – special assistant to the president for domestic policy and previously a Trump policy adviser on urban affairs and revitalization – is an African-American man who has done outstanding work in the White House and advocated for the needs of the black community. President Trump would not have hired Smith if he had no interest in improving the lives of African-Americans.

Democrats in Congress are now pursuing impeachment – without justification – as their primary goal, but realize that their effort will fail to remove Trump from office if he goes on trial in the Senate. So by accusing him of everything they can think of, the Democrats hope to weaken the president enough to defeat him in his reelection bid in November 2020.

African-American voters would make a big mistake if they once again fall for empty Democratic promises and ignore the real achievements of President Trump and how they have bettered our lives. Democrats make great promises – but Republicans and President Trump achieve great things.

Chris Prudhome is president of Sunvision Strategies, a firm that works on political and corporate strategies and strategic communications. He also works to engage millennials and minorities in the voting process and has appeared frequently on Fox News Channel.