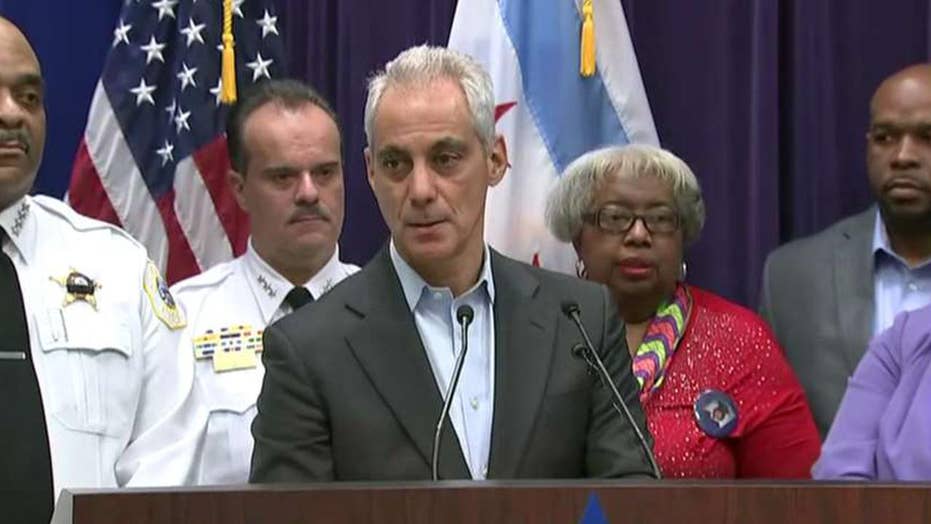 Chicago – the city known for high homicide rates, legendary political graft, a patronage system second to none, and Al Capone – can now be recognized for a bold proposal for centralized planning: universal basic income.

Chicago Alderman Ameya Pawar and 36 of the 50 city aldermen want to launch a pilot program to set a minimum guaranteed income of $500 per month for 1,000 Chicago families.

For those not familiar with political language and terminology, a “pilot program” is one that is launched to dupe citizens into believing that somebody actually cares about seeing how it works before rolling it out to the general population. In reality, it is nothing more than a soft opening to an inevitable expansion of yet another entitlement.

If adopted – and it likely will be, given the history of Chicago – the city will become the largest in the U.S. to enact a universal basic income program.

Windy City could become the largest municipality in the U.S. to test a universal basic income program after an alderman proposed legislation that would provide 1,000 families with $500 monthly stipend, no questions asked.

There are so many ways wrong with this proposal that they would fill my next full-length book. Consider the following:

● Cook County, the home of Chicago, is broke.

● Illinois, the state in which you will find Cook County and Chicago, is broke.

● Chicago has a crime problem so severe that young children are being shot and killed while playing in the park or watching television at home.

Any one of these factors would be a good reason to pause before initiating a brand new and expensive entitlement program. Just the financial impact alone should be enough to cause a halt.

In a state that has $9.1 billion in unpaid bills; $239 billion in adjusted pension liabilities; and $37.4 billion in bonds outstanding, spending more money on just about anything is clearly indefensible.

But what really worries me goes beyond the simple fiscal irresponsibility of this. Pawar is justifying his proposal because of a need to address the issue of technology replacing humans in the workforce.

The Intercept quotes Pawar as saying: “We have to start talking about race and class and geography, but also start talking about the future of work as it relates to automation. All of this stuff is intertwined. … We need to start having a conversation about automation and a regulatory framework (if jobs) simply go away … divisions are going to grow and, in many ways, we’re sitting on a powder keg. … Nearly 70% of Americans don’t have $1,000 in the bank for an emergency. It’s time to start thinking about direct cash transfers to people so that they can start making plans about how they’re going to get by.”

There is no question that automation is – and has been since the start of the Industrial Revolution – displacing workers and creating disruption within the economy and labor market.

There is also no question that there is no human being – or group of human beings – capable of attempting to centrally plan a way to manage the disruption.

It is only through the creativity and innovation of free markets, with prices determining the allocation of resources, that solutions can be found.

I have no idea what the solutions are. I don’t need to. I am completely certain that Alderman Pawar and his inept counterparts in Chicago’s City Council don’t have the answers either.

But I don’t carry the ability to tax and spend taxpayer dollars, so my ignorance is harmless. Chicago Democrats will further devastate a city, county and state already sinking under the weight of spending, bureaucracy and dependency if they adopt this proposal.