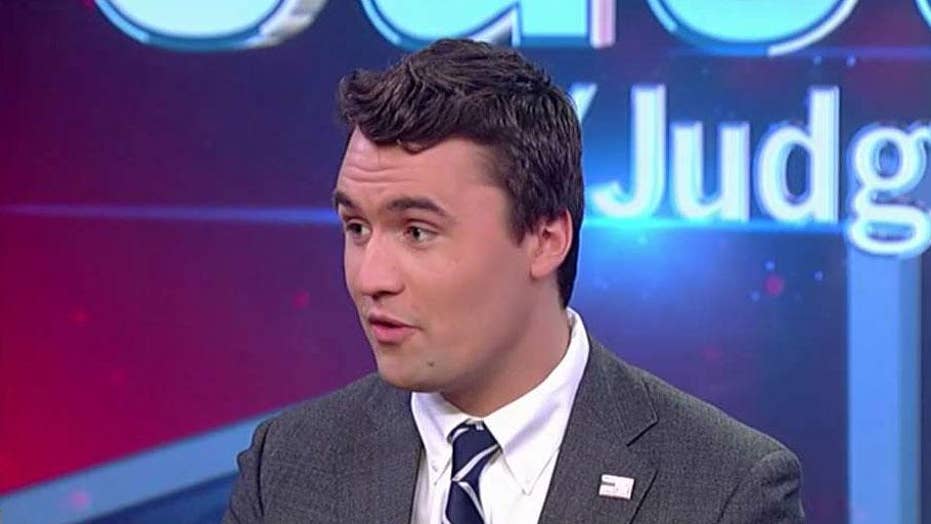 Charlie Kirk: Young people are not opposed to conservative ideas, they are never exposed to them in the first place

After President Trump's State of the Union speech last week, I found myself trying to understand what all other young people must also be trying to understand. It’s as if there is some sort of complete disconnect between the realities of America today and what we are being told by the new Democratic Socialist party led by the likes of Alexandria Ocasio-Cortez and Stacey Abrams.

The message that President Trump gave last Tuesday night and what I and other young people like me are experiencing every day, is that America is booming, unemployment is low and our position in the world is now once again one of strength and leadership.

The message that I heard from Stacey Abrams in her response to the SOTU is that American workers are oppressed, families are unable to make ends meet, the president is tearing families at the border apart for sport and the environment is crumbling before our eyes.

It seems there is a condition from which today’s liberal suffers that has them confusing what is real and what is imagined. More specifically, in the case of the new-age socialists in Congress, they seem to be stuck with a dream versus reality dilemma that has them not understanding the distinction between the utopia of which they dream and the dystopia of socialist reality.

Hey, everybody, wake up!

Here is the cold hard truth, some might call it reality, of the American situation. Regarding our national output, GDP growth through Q3 2018 (third estimate) stood at 3.4 percent compared to 1.5 percent in 2016, the last year of the Obama administration.

In his 2013 budget, President Obama stated that “In the 21st Century, real GDP growth in the United States is likely to be permanently slower than it was in earlier eras . . . .”

More cold, hard truth: The unemployment rate currently is 4 percent overall with that rate at 3.6 percent for women, 5.0 percent for Hispanics and 7.7 percent for African Americans. These numbers are across-the-board stronger than they were at the end of 2016.

Remember that in 2010 then President Obama told "60 Minutes" that he worried that high unemployment was going to be a “new normal.”

Everywhere young people turn today they are seeing wealth, opportunity and rapidly developing technology that increases the joy and comfort of their lives. They are living in literally the most opulent and easy times in the history of mankind (sorry, “personkind”).

Yet, when they are confronted in their college classroom by professors lecturing from "Doonesbury" comic strips as to the oppressive nature of capitalism or they are listening to Democrat politicians on TV sounding like they’re reading Bob Dylan lyrics about disenfranchised Americans, they cannot help but wonder... are they missing something?

Surely, things can’t be as good as the president says they are. The people they know who are working can’t really be making any money. The families they see vacationing must be on their last financial leg. The fresh air they took in on the slopes of Aspen must have been filled with dangerous particles.

Maybe they need to check their new iPhone Xs, that impressive byproduct of free markets, to see whether things are as good as they seem?

The challenge for American young people who are going to be in charge of directing our intermediate term future and setting the longer-term trajectory for the nation is to figure out if what they are seeing is real or if it is an illusion. They are also going to have to determine if those utopian dreams of their professors and AOC are actually attainable or even desirable for that matter.

In his State of the Union address, President Trump clearly declared that America will never be a socialist nation. Many applauded -- and many didn’t. The truth is the president doesn’t have the power to make sure we don’t ever become socialist. Young people, however, do have that power over the next five to seven decades.

I’m urging all my millennial peers and the young people coming up behind us to look for signs and symptoms of them being in a Democrat-induced delusion. Don’t confuse the dream state of the socialists with any sort of reality. If you spot any signs of this politically terminal affliction within yourself, please seek help.

Go back and watch the SOTU.