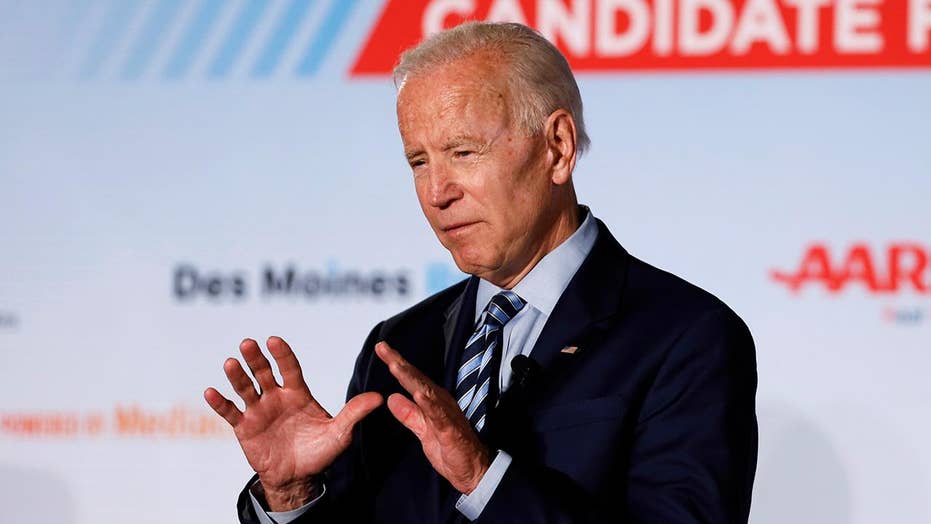 Ronald Reagan famously mocked liberals by saying, "We're from the federal government and we're here to help." Yet Republicans are adopting that same philosophy with various feel good health care bills they're backing, and it could land us with socialized medicine if they're not careful.

The new health care issue de jure is "surprise billing," when people who have health insurance end up with large medical bills because they received care from doctors outside of their insurance plan's "network."

This often happens from emergency room visits, and it can be especially menacing when hospitals send their sky-high "charge master" prices, an accounting gimmick that creates paper revenue losses for tax and other purposes, to unsuspecting people who don't know how the system works.

TUCKER CARLSON: NOT ALL 2020 DEMS ARE LUNATICS. BUT THE SANE ONES ARE GETTING CRUSHED

Pretty much everyone this side of the remorseless hit man in "No Country for Old Men" can sympathize with some God-fearing, middle-class family that gets stuck with an unexpected $10,000 hospital bill despite paying their insurance premiums on time every month.

The problem has gotten worse in the last several years with Obamacare as a primary driver.  The story of why is like the classic children's book "A Fly Went By," in which each animal believes it's being chased by another behind it that's really just fleeing from something else.

Thanks to Obamacare, the plan for a 65-year-old man is now required to cover pregnancy, kids are still kids until they're 26 years old, and there are all kinds of other expensive goodies. Also, everyone involved has to pay a million lawyers a zillion dollars just to understand how to follow the rules.

The insurance companies are getting hammered from Obamacare, and now the doctors are getting stiffed. Who gets it next? That's right, you do.

In the meantime, insurance companies started embracing their inner cheapskate. They've been getting more and more stingy about their "networks," which are price agreements they have with sets of hospitals and doctors.

If you go to the "in network" doctor, he sends the bill at the agreed-upon rate for that kind of treatment, the plan pays for it, and life goes on. If you go "out of network," e.g. to a specialist, they bill the insurance company, and the insurance company pays what it wants to pay, and leaves the rest for you to cover.

In theory, it makes sense that the insurance company can't just pay any price the doctor dreams up. The problem is primarily with the Motel 6 Obamacare plans that have gotten very, very chintzy with their "networks."

So the insurance companies are getting hammered from Obamacare, and now the doctors are getting stiffed. Who gets it next? That's right, you do. While it's still a relatively rare problem, for the people facing it, it's often a crisis. Now Congress is hearing it, and they're looking around for who to scapegoat over the problems they created in the first place.

Instead, Republicans like Sen. Lamar Alexander (R-TN) are considering the legislative equivalent of a gift basket to the insurance companies, which basically just gives them more leeway to stiff doctors. The result of this would be a health care market marginally less connected to economic reality, and all the dysfunctions that come with it.

But that's not the most important point of all this. The important point is what the "surprise billing" issue shows about the larger direction of the health care debate in the next five to 10 years.

One of the interesting phenomenons of political change is how sudden it can be if determined opposition lapses. Republicans are floundering on health care in the Obamacare age, but looking to government to solve the rough edges that Obamacare created is playing right into liberals' hands.

The key for Republicans is to remember what their vision is, even if it's difficult to imagine the world that way. Obamacare made it even harder to imagine a health care market that operates by the logic of a market, resulting in higher quality and lower prices over time.

Without that vision, the health care debate could quickly devolve into a pragmatic matter of how best to administer the federal agencies that run 10 percent of our economy. And that's exactly the kind of environment in which a Bernie Sanders or Elizabeth Warren could bring about socialized health care in an astonishingly short amount of time.

The bills under discussion would make the system work a little bit worse. The trend of Republicans flirting with do-gooder, economically ignorant health care policy could be the system's demise. Republicans should get on the ball, and fast.