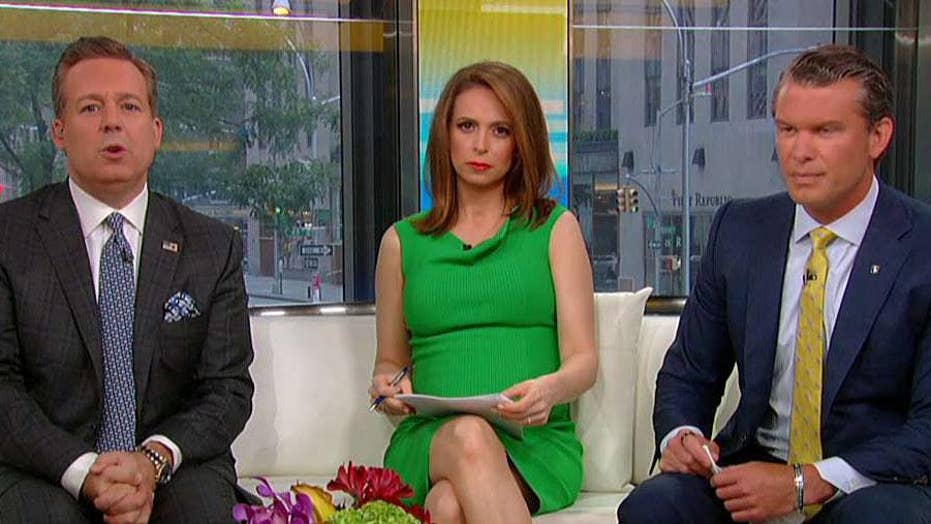 The Tempe Officers Association says this treatment of public safety workers could not be more disheartening.

On Feb. 1, 1960, four black college students sat down at a Woolworth’s lunch counter in Greensboro, N.C., and politely ordered coffee. White waitresses ignored them because the store had a policy of not serving African-Americans.

The incident sparked massive protests across the nation involving sit-ins by black people at Woolworth lunch counters, leading the chain to finally desegregate that July and boosting the civil rights movement.

This week, on the Fourth of July, the Officers Association in Tempe, Ariz., says six police officers were drinking coffee at a Starbucks coffee shop before the start of their shift when they were asked to move out of the line of sight of a customer or leave the store. A barista told them a customer “did not feel safe” because of their presence. The officers -- including some who have defended our country in the military -- left.

In late May, Starbucks closed 8,000 stores across the U.S. for several hours of anti-bias training after two black men in one of the chain’s coffee shops in Philadelphia were arrested for trespassing while they waited for a friend to join them. Starbucks and police later apologized and the charges were dropped, prompting Starbucks to hold the anti-bias training to avoid future such incidents.

Are we now going to see a similar store closure for anti-bias training regarding police who want to order overpriced coffee at Starbucks? Don’t hold your breath.

The Tempe Officer’s Association took to Twitter to share the incident with the world and expressed displeasure with what had happened. Their tweet was illustrated with an altered Starbucks logo that said “DUMP STARBUCKS.”

Starbucks has issued a statement saying it has “deep respect for the Tempe Police Department” and apologizing “for any misunderstanding or inappropriate behavior that may have taken place.”

The person who complained to the barista about the police officers in the Starbucks store would no doubt welcome their presence if attacked by violent criminals.

Unfortunately, incidents of people openly expressing animosity toward police across our country have been increasing since 2014, when Michael Brown, who was black, was shot and killed by Officer Darren Wilson of the Ferguson, Mo., police department.

The shooting sparked days of protests, but a U.S. Justice Department investigation concluded that Wilson shot Brown in self-defense when Brown attacked him. Wilson was not charged with any crime.

Nevertheless, President Barack Obama used the incident for his own political purposes to stir up racial tension and animosity against the police.

Donald Trump ran for the presidency as a supporter of law enforcement. Both before and since his election, President Trump has repeatedly stood at podiums across the country and has been outspoken in his praise for the people who put on a uniform every day to protect American citizens from threats found not across oceans, but across the street and even in coffee shops.

Quite ironically, the support President Trump has shown is one of the driving reasons that police are now facing such open hostility across the country. I have written many times over the past couple of years about the broken logic string inside of the American liberal mind.

No one can claim all police are perfect, or that no police officer has ever acted improperly or even criminally. Every allegation of police misconduct should be thoroughly investigated and police officers who break the law should be prosecuted to the full extent the law allows.

But it’s important to remember that every profession is marred by a small number of people who abuse their positions and engage in wrongdoing – for example, members of the clergy or other professionals who engage in sexual misconduct, business people who steal money from their employers or customers, or pharmacists who become illegal drug dealers.

The truth is that the vast majority of police officers willingly risk their lives to protect the rest of us from criminals who would commit all sorts of crimes and do us grave harm if no police were around.

Who in their right mind would want to live in a city without a police force, where criminals were free to rob, rape, murder and do anything else they wanted?

The person who complained to the barista about the police officers in the Starbucks store would no doubt welcome their presence if attacked by violent criminals. And just by being in the Starbucks, the officers would almost certainly have scared off any criminals who entered and kept them from attacking anyone.

The bottom line is that the prejudice that says all members of a group should be the targets of our hatred and be discriminated against is wrong and frankly, un-America – whether we’re talking about people from a particular racial, ethnic, religious or professional group.

Starbucks needs to make sure all of its employees understand this, or else fire them for engaging in intolerable discrimination.