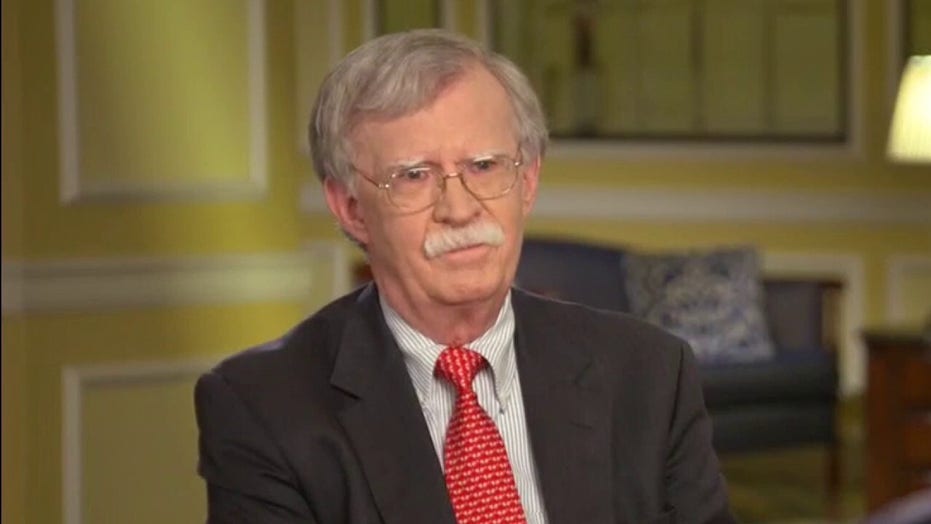 Making his point as delicately as ever, President Trump tweeted Tuesday that John Bolton, his former national security adviser, is a “washed-up Creepster … who should be in jail.” The president repeated his claim that Bolton has committed a crime by disseminating classified information in his new book “The Room Where it Happened.”

Historians may settle on an equally damning judgment of Bolton’s tenure: despite a fearsome reputation as a bureaucratic warrior, he turned out to be an ineffective bystander.

When Trump announced Bolton would be his national security adviser in March 2018, New York Post columnist Michael Goodwin wrote: “Already there are rumblings that Russia, China and North Korea won’t be happy to see Bolton having the president’s ear – which proves Trump chose wisely.”

Radio talk show host Hugh Hewitt wrote: “…Bolton will be an honest broker and someone who can drive decisions through molasses-thick resistance.”

Sen. Lindsey Graham, R-S.C., said of Bolton: “He has a firm understanding of the threats we face from North Korea, Iran and radical Islam.”

Sen. Chris Murphy, D-Conn., lamented: “The person who will be first in first out of the Oval Office on national security matters passionately believes the U.S. should launch preemptive war against both Iran and North Korea with no authorization from Congress.”

TRUMP BLASTS BOLTON AS ‘WASHED UP CREEPSTER’ AS BOOK HITS SHELVES, SAYS HE SHOULD BE ‘IN JAIL’

In reality, Bolton’s tenure could borrow a title from a 1959 Peter Sellers movie in which a bomb everyone feared turned out to be a dud: “The Mouse that Roared.”

Bolton said one of his goals was to stop bureaucrats from thwarting Trump’s foreign policy, but he kept in place globalist bureaucrats like Fiona Hill, the British-American woman in charge of policy on Europe and Russia at the National Security Council. She later testified against Trump in impeachment proceedings. She is still making hay off of her opposition to Trump to this day.

Bolton wanted to get tough on the mullahs who run Iran, one of his signature issues over the decades. Yet he advised an attack on Iran that would have contradicted Trump’s desire to avoid new wars in the Middle East. Trump’s rejection left Bolton embittered.

Bolton was a longtime critic of President Barack Obama for being weak on radical Islam. But his main effort in office related to this threat seemed to be trying to keep Trump in the Syrian civil war, which ceased to have anything to do with Islamism after ISIS was effectively defeated prior to Bolton’s arrival.

In his new book, Bolton makes just a single passing reference to the Muslim Brotherhood, which is the chief proponent of radical political Islam in the world.

Finally, many saw Bolton as a hawk on China. But aside from trade policy, on which Bolton had little input, the administration took few steps against Beijing during his time in office.

Contrast this poor record with what has come after Bolton’s departure. Under National Security Adviser Robert O’Brien and other foreign policy senior officials like Secretary of State Mike Pompeo – who enable Trump rather than stymie him – the administration has:

Killed Abu Bakr al-Baghdadi, the head of what remained of ISIS. His death capped the utter destruction of ISIS as a coherent fighting force.

Killed Qasem Soleimani, the head of Iran’s terrorist-exporting Quds force. The mission, which occurred in neighboring Iraq, signaled for the first time that America would not tolerate Iran’s terrorism against American targets, while still avoiding a broader war with Iran.

Put China on notice by enacting human rights legislation related to Hong Kong and China’s operation of concentration camps for Muslims. The Trump administration also imposed export controls that put an end to the ascendancy of Huawei, China’s telecommunications giant that doubles as a spy agency and would-be saboteur.

Cut the size of the National Security Council staff, which the George W. Bush and Obama administrations had bloated with Deep State bureaucrats opposed to reform.

It’s clear from Bolton’s book that he kept meticulous records: he refers not only to dates but hour-by-hour accounts of various proceedings.

One wonders whether Bolton might actually have accomplished something in office if he had devoted his full efforts to helping the president, rather than preparing a tell-all book.

In truth, Trump’s team has been far more effective without Bolton.