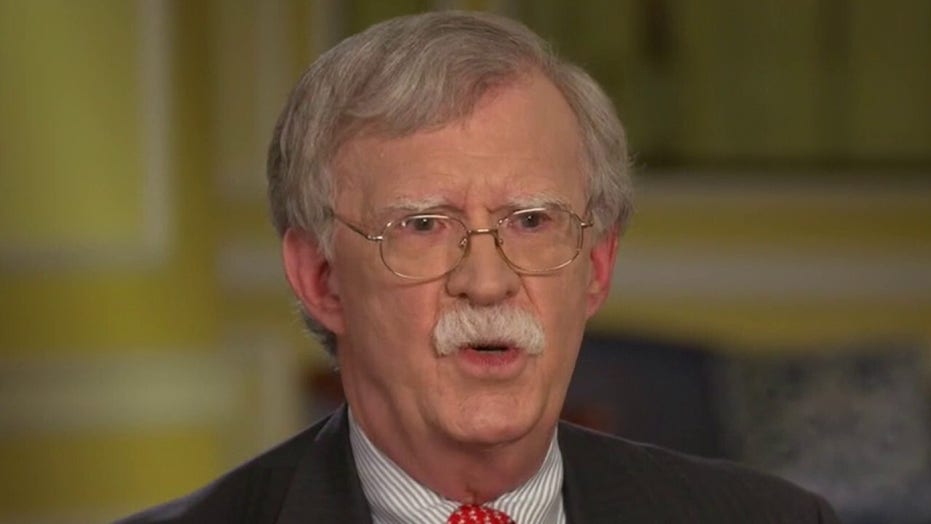 John Bolton discusses Trump doctrine, decision to resign in part 2 of his interview with Bret Baier

Former national security adviser John Bolton defended his decision to write a tell-all about his time in the Trump administration and denied violating record-keeping laws by destroying his notes while in the White House, as he accused President Trump of "reprehensible conduct” during a Fox News interview.

Bolton gave the interview on Fox News’ “Special Report with Bret Baier,” just as his memoir “The Room Where it Happened” is being released to the public.

Bolton, an avid notetaker, was asked how he filled the 500 pages of his book if he destroyed his notes during his tenure at the White House.

Baier then asked Bolton if in burning his notes he had violated the Presidential Records Act, which mandates the preservation of all presidential records.

“No, I don't think these are records that were supposed to be kept,” Bolton replied. “Many other people followed the same pattern.”

TRUMP BLASTS BOLTON AS 'WASHED UP CREEPSTER' AS BOOK HITS SHELVES, SAYS HE SHOULD BE IN JAIL

Baier asked Bolton why not only Republicans but also Democrats, such as Nancy Pelosi and Adam Schiff, found Bolton’s decision to write a book after refusing to testify in the impeachment inquiry “unpatriotic.”

Bolton said he thought the impeachment process was doomed from the start due to its partisan nature. He said Democrats “were driven by their own political objectives to go after Trump as fast as they could and as narrow as they could because they were concerned about messing up their own presidential nomination schedule.”

"I’m not saying he should have been impeached," Bolton said of the president. "I’m saying there’s a lot of reprehensible conduct, not all of which is impeachable. The fact was the Democrats were pursuing a strategy that was clearly going right into a ditch."

Bolton noted that House Democrats never issued him a subpoena to testify, but they did to everyone else who testified. “This is something that I think a lot of people don’t understand, they never issued me a subpoena,” he said.

“To me, a partisan rush to use the impeachment mechanism doesn’t require everybody else to make the same mistake,” the former national security adviser added.

Bolton also accused Secretary of State Mike Pompeo of going along with the views of Trump to help his political ambitions. In his book Bolton said that Pompeo often shared his views on issues such as China, North Korea and Iran, the very national security issues where Bolton often clashed with the president and ultimately led to his resignation.

“Even in issues where he thought the president was moving in the wrong direction, he would just stop trying to persuade him, stop trying to fix what was clearly a problem. And I think his political future is very much tied to the Trump administration,” Bolton said of Pompeo in the interview. 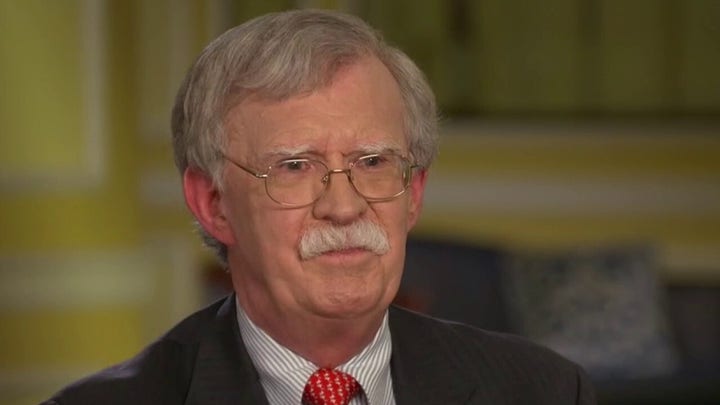 Bolton said he’d had his resignation drafted for a long time, but the “final straw” was Trump’s decision to invite the Taliban to Camp David to negotiate an Afghan Peace Agreement. Trump later announced he called off the gathering after the Taliban claimed responsibility for a car bombing that killed a U.S. soldier, a Romanian soldier, and 10 civilians in Kabul in September.

Baier noted that Bolton has said he will not vote for Trump or Democrat Joe Biden in this year's presidential election, but will write in another conservative. He asked the former national security adviser who would be better on foreign policy between Trump and Biden. "I don't think there's any way of telling," Bolton said.

"I've known Joe Biden for a long, long time and been on the opposite side of every issue," he said. "I worry about them both. This is a terrible election from my perspective." Instead, Bolton said he will dedicate his time after the book launch to working to maintain Republican control of the Senate, which he said is "critical whether Trump wins or whether Biden wins."

"The difference between [Joe] Biden and Trump is that Biden has a view, and Trump has no view," Bolton said, tying Trump's perceived erraticism to the coronavirus pandemic. "On any given day, any decision is possible. And I find that frightening. I find the response to the coronavirus demonstrates exactly the kind of fear that I have."

Still, Bolton said he does not regret his time in the Trump administration.

“No I don't go back and second-guess my decisions. I did the best I could, and given the opportunity I would do it again,” the former national security adviser said. “I'm sure I made a lot of mistakes, I have no doubt of that, I wish I could correct them in retrospect. But I think the kind of security for America that I advocate, it's the mainstream of the Republican Party, and my disappointment is that Trump is so far outside.”