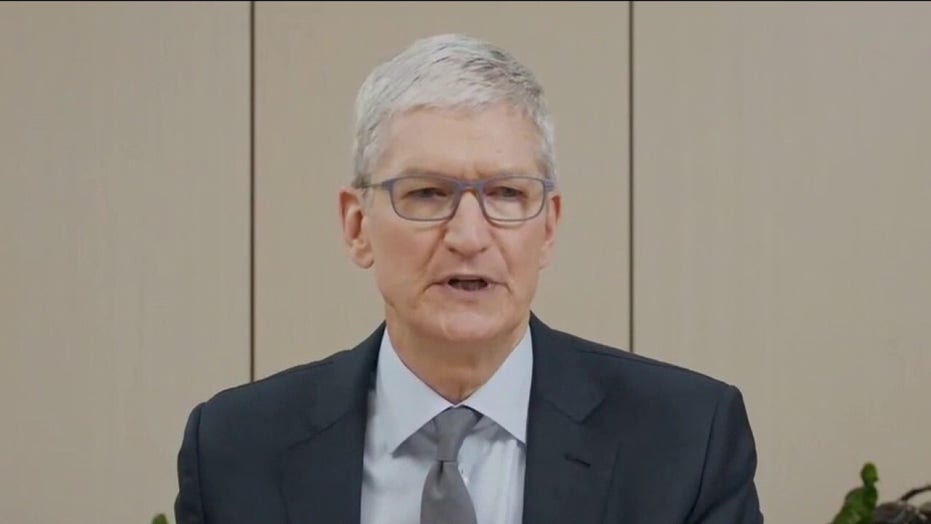 Big Tech leaders face off with members of Congress

When the leaders of Amazon, Apple, Facebook and Google testified via video before a House subcommittee Wednesday, hostile lawmakers demanded they explain their dominant market positions, monopoly power, and business practices that harm consumers, competitors and small businesses.

The hearing became a bipartisan beat-down that left the heads of the world’s biggest tech companies bloodied but unbowed, as both Democrats and Republicans took turns accusing the companies of business behavior bordering on the unlawful or possibly even crossing the line into illegality.

The case against Big Tech is indeed compelling. But it is also complicated.

Every passing week unveils more wrongdoing by the tech giants. It is clear they have usurped our data, disrespected our privacy, deceived the government, defied international law and generally behaved badly.

Facing a barrage of tough questions and well-researched allegations, Jeff Bezos of Amazon, Tim Cook of Apple, Mark Zuckerberg of Facebook and Sundar Pichai of Google did their best to remain courteous and contrite. But some of their answers appeared to be inconsistent with reputable reports of aggressive and predatory business practices by their companies.

The leaders of the tech giants were sometimes evasive as they gave canned responses, shoulder shrugs and feigned unfamiliarity with specific situations. Some of these responses were hard to believe. You would expect the heads of the companies to be aware of the problems raised by lawmakers.

This was the sixth in a series of hearings convened by the House Judiciary Committee’s Antitrust Subcommittee on the topic of Online Platforms and Market Power.

It’s also clear that the concentration of power by these companies is inconsistent with democracy.

In both prepared and opening remarks, the CEOs of Amazon, Apple, Facebook and Google stressed a few basic points: each is a home-grown American company; each lives by innovation; and most importantly, each strongly believes in robust competition.

Unimpressed, House members cited detailed examples of Big Tech business practices they said contravene competition and the cornerstones of antitrust law. Even if those practices are not found to be unlawful, it’s clear that many lawmakers find many of them highly objectionable.

The passion from the lawmakers was palpable as they leveled their attacks on the billionaire tech executives, and so was the aura of election year politics.

Lawmakers accused the tech giants of stifling information and allowing the spread of false information on COVID-19 cures and remedies; collecting personal information from minors and selling the data to advertisers; ripping off ideas and intellectual property from smaller competitors; and cloning technology from start-up companies and entrepreneurs.

And that wasn’t all. Subcommittee members also accused Big Tech of undercutting the price of rival products on their platforms; using size and scale to intimidate business partners into unfavorable deals; and suppressing conservative political opinions and blacklisting those voices.

On top of that, House members accused the tech CEOs of enabling the promulgation of racist hate speech; manipulating advertising to benefit their own products and services; strengthening China’s military through artificial intelligence collaboration projects; and fostering “cancel culture,” among other things

Subcommittee Chairman David Cicilline, D-R.I., said that each company is a bottleneck to distribution; each uses its digital platform to surveil others, including competitors; and each abuses its scale to favor its own products and services to the disadvantage and discrimination of others.

Rep. James Sensenbrenner of Wisconsin, the top Republican on the panel, pointed out that “being big is not inherently bad,” but noted that Big Tech’s market dominance is ripe for abuse, including the stifling of conservative views.

The Big Tech executives, of course, denied any wrongdoing and defended their companies against the attacks from subcommittee members.

While many of these allegations are well-known, the hearing did reveal new insights.

First, Big Tech is more intransigent than any of us may have known. Nothing in the testimony or responses of the CEOs reflected any semblance of retreat from their current positions or remorse for their practices. Even in the face of irrefutable evidence, it’s clear that the leaders of Big Tech will continue to delay, deny, deflect and deceive governmental efforts to change their behavior.

Second, there are two important interests at stake for the future: revenue and the rules of competition.

In terms of revenue, there are billions of dollars to be earned in a growing digital market, involving everything from mobile messaging to online search over multiple media platforms. Underlying it all is advertising, which is both the operational framework and the business model for making massive amounts of money on the Internet.

As for the rules of competition, the question is not whether — but how — the antitrust rules should be rebalanced to address a rapidly changing market and dominant Internet players.

Regulating Big Tech will require Congress to balance competing interests without sacrificing the future of a mainstay American industry. In the face of nefarious competition from China, Congress must advance antitrust principles and combat the anti-American technology crisis. It must promote responsible regulation and not preclude real-world innovation.

It is a daunting task to be sure. While the hearing Wednesday enabled House members to make the case for Big Tech’s bad behavior, the evidence for a breakup is far less clear. There is no single solution that will solve the problem, but bipartisan agreement on responsible regulation is a refreshing sign.

Adonis Hoffman is CEO of the Advisory Counsel, LLC. He served in senior legal and policy roles in the U.S. House of Representatives and the Federal Communications Commission.