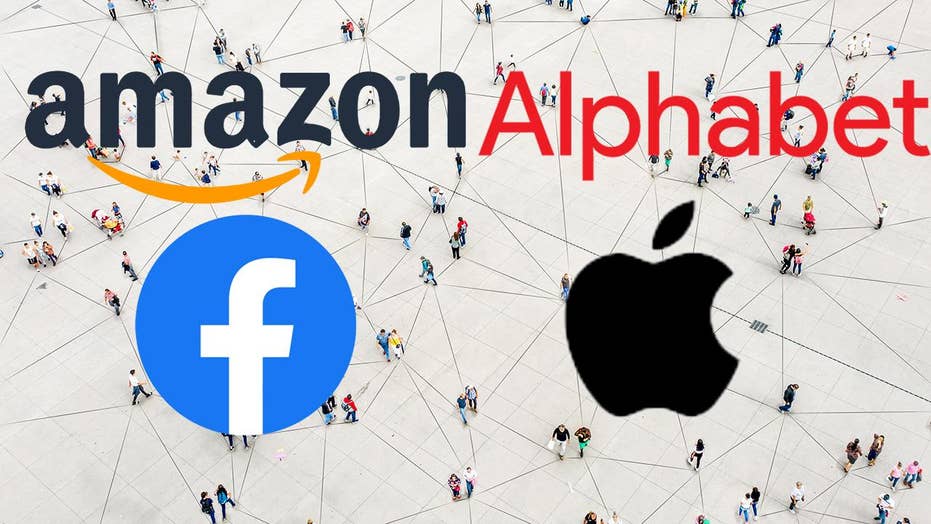 When the titans of Big Tech testify before the House Judiciary Committee’s antitrust subcommittee Wednesday, the masks will go on and the Kabuki theater will begin.

After months of evasion, CEOs Jeff Bezos of Amazon, Tim Cook of Apple, Mark Zuckerberg of Facebook and Sundar Pichai of Google have agreed to appear remotely and testify via video. Members of the subcommittee will no doubt hurl policy invectives at them all.

If the CEOs can muster remorse, it is sure to be feigned. They understand that, short of dismemberment, Congress can do little to affect their bottom line.

So the farce continues.

Even with the threat of regulation and investigations in Europe, investors find comfort in technology stocks and the services the companies provide for Americans who shelter in place and work remotely.

Today the four Big Tech companies combine for more than $5 trillion in market value. They account for nearly 17 percent of the S&P 500, up from 11 percent in 2015. And Apple, Facebook, Google and Amazon have continued to acquire smaller companies in the face of antitrust investigations.

Privacy, anti-competitive behavior, bias, discrimination and a dearth of diversity are all problems facing Big Tech. These front-running companies have the scale and wherewithal to out-distance any competitor, even those with a running start. They are unregulated market-makers who, in the case of Amazon, tend to self-deal and play by their own rules.

In addition, Big Tech has received its fair share of deference from the U.S. government on everything from advertising, conflicts of interest, federal contracts, mergers, privacy, and intellectual property infringement.

At some point, the rule of reason suggests that enough is enough and too much stinks. Absent a breakup of Google and Amazon, an unlikely and undesirable outcome, the leviathans will live on.

Although Congress has been nibbling around the edges for years, it has had no effect. Holding sway in Washington since the Clinton era, Big Tech remains unchecked.

While it has taken Congress a long time to see the forest beyond the trees, President Trump has had no such myopia

The companies have marched to a different beat, promoted different standards, and played by different rules — all with a sense of smug entitlement. While recently pivoting to the right, the companies have spent decades loading up the left with thought leaders, academics, influentials and think tanks.

If anything, investigations by Congress, the Department of Justice and the Federal Trade Commission have prompted Big Tech leaders to boost  their presence and spending in Washington. Amazon spent over $12.4 million in 2019. Facebook spent over $12.3 million and Apple spent $5.5 million over the first nine months of the year — an 8 percent boost from the previous year.

Notably, Google's parent company, Alphabet Inc., spent over $9.8 million on lobbying, which was 41 percent less in lobbying expenses after it overhauled its government affairs operation.

These companies have flaunted their outsized fortunes in the face of legacy industries like advertising, broadcasting, finance and telecom, all of which are heavily regulated. When challenged, Big Tech retreats behind the opaque veneer of innovation and reminds critics of its importance to the global economy — all with impunity.

One of the leading examples of unfairness is found in the national video market. Although Big Tech faces no legal or regulatory restrictions in video reach or ownership, TV broadcasters are hampered by regulations limiting both.

And yet, the broadcasters compete with deeper-pocketed tech companies in the same national market for viewers and ad dollars. No surprise, Big Tech has a big advantage as policymakers refuse to take off the shackles.

Unless Congress remedies this basic regulatory inequity, television will meet the same fate as the once-thriving newspaper industry.

So far, Congress has been more inclined to perform for the cameras than to produce legislation, mired in the here-and-now, rather than the what-is-to-come.

After a spate of high-profile hearings last year, there has been little legislative action. With all the harrumphing from committee chairmen, advocacy groups and the campaigns, something should have happened by now. But it is unlikely that this year will see any significant action on Big Tech.

Even in the area of privacy, where there is agreement on the mandate for a federal standard, there has been no movement. But, to be clear, the passage of privacy legislation, whenever that occurs, is not tantamount to Big Tech regulation, nor should we accept it as such.

There is enough animus toward Big Tech on key issues such that policy differences may not matter as much as usual.

While it has taken Congress a long time to see the forest beyond the trees, President Trump has had no such myopia. It’s doubtful whether he would have a kind word to say about Amazon or Google beyond their trillion-dollar market cap and contribution to a hot stock market, which might explain his support for Oracle and Microsoft in two commercial deals of consequence.

Even so, Amazon and Google proceed apace. Their call for voluntary regulation stops the clock while they are ahead, and we should be suspicious. More than others, these two have mastered the fine art of making minor adjustments at the margins and heralding them as major.

A concession here, a tweak there, and Congress is appeased just enough to turn its attention to other things.

At the hearing Wednesday, House members will express outrage at the actions of Amazon, Apple, Facebook and Google. Groups like the Stop Hate for Profit coalition will continue to noisily press for reform. And the companies themselves, dripping with conviction, will commit to do better armed with new audits, reports and recommendations from experts.

All of which sounds swell. But something suggests it is a well-worn Washington script which has been written, revised and rerun — once more with feeling.

Adonis Hoffman is CEO of the Advisory Counsel, LLC. He served in senior legal and policy roles in the U.S. House of Representatives and the Federal Communications Commission.