Joe Biden has quickly established himself as the front-runner in the Democratic primary leading up to a showdown with President Trump in 2020. Polls have Biden leading among key demographics of the Democratic Party.

According to one poll, 47 percent of African-American women say they will back Biden, and another 18 percent say they’ll back Bernie Sanders. A mere 9 percent say they back Kamala Harris. This poll destroys the notion that African-Americans vote their race over their conscience. It obliterates the Republican refrain, “black people voted for Obama because he’s black.” However, once the intense scrutiny on his past on race and criminal justice begins, Biden will have to truly work magic to keep black voters excited about casting their ballot for him.

There is no shortage of people of color vying for the Democratic nomination. There are three African-Americans, one Latino, one Asian-American and one American Samoan. Yet African-Americans have consistently picked the old white men in the race as their favorites. An early poll of black voters who are likely to vote in the primary saw Sanders, once dubbed king of the white male “Bernie Bros,” once again outpacing the support for Kamala Harris and Cory Booker combined. Biden, still riding the wave of a bromance with former President Barack Obama, has more support in the black community than all of the other candidates.

African-American support for Biden is complicated. He will undoubtedly be hammered with questions about his judgment for the Violent Crime Control and Law Enforcement Act, which exacerbated mass incarceration, already underway after Ronald Reagan’s Anti-Drug Abuse Act of 1986 which established mandatory minimums for drug offenses. The crime bill made the African-American prison population further explode and had devastating effects on black families and communities.  What many may forget is that Biden also authored part of the Anti-Drug Abuse Act of 1986. He is one of the primary architects of mass incarceration.

Biden, still riding the wave of a bromance with former President Barack Obama, has more support in the black community than all of the other candidates.

Biden also will undoubtedly have to answer for the mistreatment of Anita Hill by the Senate Judiciary Committee when she bravely testified against then-Supreme Court justice nominee Clarence Thomas. Professor Hill expressed deep dissatisfaction with Biden’s recent apology over the matter. In the “Me Too” era, a movement started by Tarana Burke, a black woman, Biden’s inability to provide the safe testimony afforded Christine Basey Ford will certainly be an issue he needs to address thoroughly.

Former Vice President Biden tried to distinguish himself from Trump, particularly on how each man addresses hate and extremism. However, Biden and Trump both have on their resumes working with the enemies of progress. In 1984, Biden teamed up with Strom Thurmond, the former Dixiecrat who filibustered for more than 24 hours just to stop a Civil Rights bill, on the Comprehensive Crime Control Act. The Crime Control Act limited sentence reductions for good behavior and eliminated parole for people convicted of federal crimes. The two also paired up to establish the crack-to-powder-cocaine imbalance in sentencing. 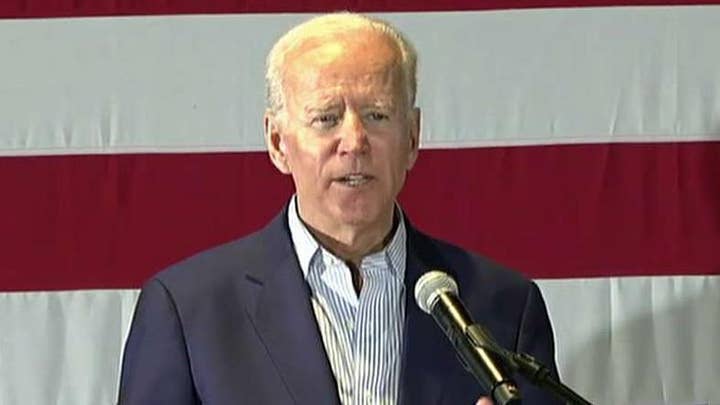 In all fairness, just as Trump went from publicly calling for the deaths of five innocent black and Latino youths in the Central Park Jogger rape case in New York City (and still hasn’t apologized) to signing the First Step Act, Biden tried to undo much of the damage he caused later in his career and as part of the Obama administration. He tried to fully undo the disparity in sentencing between offenses related to crack and powder cocaine.

Biden will be heavily scrutinized by African-Americans, but could ultimately win the vast majority of their support -- much like Hillary Clinton. However, should he be the 2020 Democratic presidential nominee, Biden has to excite them and get participation from nonconventional and first-time black voters. Any wrinkle in terms of black turnout reissues Trump the keys to the White House. Trump is aware he won’t get black support and Republicans have done everything possible to suppress black votes. If Biden wants to be president, he will have to come up with an effective way to explain his past.